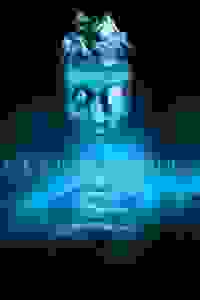 View in admin
The Burial at Thebes
NYC: Gramercy
71
Score it Scored!

The Burial at Thebes NYC Reviews and Tickets

The Irish Repertory Theatre presents Irish Nobel laureate Seamus Heaney’s adaptation of 'Antigone,' written as a response to the invasion of Iraq in 2003.

A timely reminder of the conflict between the defense of state security and the protection of basic human rights, the story is adapted from Sophocles's 'Antigone.' After the War of the Seven Against Thebes, Antigone, the daughter of Oedipus, learns that her brothers have killed each other, having been forced onto opposing sides of the battle. When Creon, King of Thebes, grants burial to one brother but not the other, Antigone's defiance can only end in ruin.

See it if you love classic Greek plays, and are intrigued by hearing Heaney's version (although I found it lacking in poetry).

Don't see it if you want consistent strong acting. There were lots of acting styles (formal and informal) and different accents here. A jarring uneveness.

See it if you'd like to see an Irish poet's take on Antigone, stirring Greek drama with excellent cast and Irish accent, good sense of Greek stageing

Don't see it if you don't like Greek drama or are tired of Antigone, don't like a lot of declaration rather than direct action,

See it if You want to hear Seamus Heaney's take on Antigone. The script was the best part of the show.

Don't see it if You care about set design. (Probably the worst set I've ever seen.)

Don't see it if You don't savor ancient plays no matter ' how relevant they still are.

See it if You enjoy the story of Antigone.

Don't see it if You don't like Greek tragedies.

See it if you love Seamus Heaney's poetry for that, moderately, is the only saving grace of this. The set and costumes are cheap, the cast is off.

Don't see it if you are true to the original play or want to see vernacular poetic adaptations with more verve.

See it if a decent staging of a classic, although the translation didn't quite do it for me. Solid acting, but the story dragged after a while.

Don't see it if Well, it's a Greek tragedy. It's not uplifting. Not a splashy production, given the slow-moving, thought-provoking text.

See it if You are a fan of greek theatre, Seamus Heaney, poetry & power-conflicts

"A few things feel off in 'The Burial at Thebes.' But one big thing — the script — is on, and that saves this version of 'Antigone' from failure...The production occasionally works against the script. The set and the costumes look woefully cheap and distracting...No overriding guidance seems to steer the actors, who work in disparate and wavering accents that, taken together, prove irksome."
Read more

"The characters seem either ill-assured or locked into generic choices; Tony Walton's set design is the wrong size; and stage pictures too often involve a group standing in a half circle while someone else declaims. The Irish Rep's temporary relocation to the postage stamp–sized DR2 may explain some of the production's awkwardness...Twice, though, the show grabs Heaney's text by the throat."
Read more

"In lieu of offering a deeper understanding, Heaney has taken Sophocles' drama and saps it of all nuance...Charlotte Moore directs the piece with a startling lethargy. Her blocking on the cozy DR2 stage suggests claustrophobia...Haemon casually moseys onstage, looking nothing like a man whose fiancée is about to die of forced starvation. Other characters stand to the side and stare out at the audience, like lesser runway models making way for Naomi Campbell."
Read more

"If only the director had found actors capable of delivering the verse! Instead, she has assembled a company that is in over its collective head...'The Burial at Thebes' demands a set of skills that is entirely absent here."
Read more

"Seamus Heaney delivered a dead-eyed spin on 'Antigone' that stripped away the drama inherent in Sophocles's tale…Now, by way of a threadbare mounting and casting that, in all but one case, is insulated from any hope of electricity, director Charlotte Moore has ensured that now that poetry doesn't land, either. What remains is a colossal conundrum, an evening that runs only 65 minutes but nonetheless feels painfully overlong and underseasoned."
Read more

"Robert Langdon Lloyd’s eloquent performance as the blind prophet Tiresias energizes what had been a stilted presentation...The cast doesn’t fully cohere as an ensemble…Though patchy, this production of 'The Burial at Thebes' in 75 minutes fitfully succeeds at depicting this classic tale with some very compelling sequences."
Read more

"As unostentatiously staged by Charlotte Moore with a solid company, the play reminds us why we keep returning to the Greek well for critical contemplations of universal issues. When New York digs itself out of its own current burial, theatergoers will find that visiting this modern version of an ancient text will be worth the effort. It stirs up many thoughts, not least of which are those regarding the unsettling rhetoric about leadership being mouthed during this year’s presidential campaign."
Read more

"I wish that in the process he, and the Irish Repertory Theatre, brought more to the table than just a well-rendered translation...Some of the elemental power of raw emotion remains, and of course Heaney was a superb poet...But we are simply politely intrigued, and I view that as a missed opportunity for both a play and production which could, and should, have gone for more."
Read more