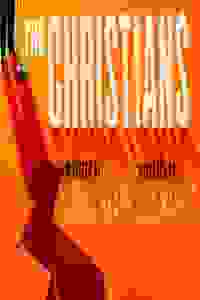 The Christians NYC Reviews and Tickets

The first show in Playwrights Horizon's 15-16 season, 'The Christians' by Lucas Hnath is an idea-packed drama about a pastor of a megachurch whose changing beliefs send his congregation spiraling.

Ten years ago, Pastor Paul’s church was a modest storefront. Now it houses thousands, with a coffee shop in the lobby and a baptismal font as big as a swimming pool. But Paul is about to preach a sermon that will shake the foundation of his congregation’s beliefs. Backed by a live choir, 'The Christians' is both epic and unexpectedly intimate, an unflinching look at faith in America — and its power to unite or divide.

See it if you have time

Don't see it if you don't like plots that don't make sense.

Don't see it if You don't like social commentary on religion.

See it if you want a thinker!

Don't see it if you are offended by religion.

See it if /since dramatically shows how destabilizing the questioning of religion's premise can be; strong lead Andrew Garman

Don't see it if /since production takes time to lift off; once gets going, brilliantly explores intersection of conscience/belief/community cohesion/loyalty

See it if my wife liked it. I thought it would offend many

See it if You are interested in a play of ideas with consistently great acting, writing, and directing.

Don't see it if You are afraid of theatre that will make you think and come up with your own answers to questions asked by the playwright.

See it if You like challenging dramatic topics and theatre that draws you in and forces you to think !

See it if you're interested in considering different points of view, you appreciate thoughtful pieces, you are fascinated by MegaChurches.

Don't see it if you're uncomfortable with questions about religion.

"'The Christians,' is the first important new play of the young fall season...It has been ingeniously staged by the director, Les Waters...Mr. Hnath is one of the freshest playwriting voices to emerge in the past five years or so. He’s also an adventurous thinker in terms of style and content...'The Christians' is Mr. Hnath’s most penetrating work, but what you take away is the play’s ruminative gravity, and how each character is given an authentic voice and a complexity of feeling."
Read more

"Although superbly staged by Les Waters and the use of microphones serves to both amplify and distance the coiled language, Hnath seems to lose nerve as he goes...There are so few plays that take on big moral questions, and Hnath is a serious writer, so I can still recommend 'The Christians,' but I cannot promise ecstasies of Heaven."
Read more

"In his extraordinary new play 'The Christians' at Playwrights Horizons, Lucas Hnath grapples with dogma itself...In the strange, superb direction by Les Waters, the distancing elements are amped up. The result is a kind of 'public service': an exurban passion play. The surprise is the passion part; through some trick of perspective, and excellent acting, the abstractions enhance rather than cancel the emotion."
Read more

"It's so rare to see religious beliefs depicted onstage without condescension that Lucas Hnath's new play becomes all the more intriguing...'The Christians' is an ambitious, effort that deserves attention. But even though attention must be paid, the work proves disappointing in its overly stylized presentation and lack of dramatic impact."
Read more

"The problem with the play is that the cleric who sets off the hullabaloo that tears the congregation apart is just as bland as the scenery. To heighten this emotional distance (and spiritual alienation) between the preacher and his flock, all the characters whisper-speak into handheld microphones — even in intimate scenes...But if Pastor Paul is personally insipid (and suitably played so by Andrew Garman), his spiritual crisis is dynamite."
Read more

"'The Christians' is a white-knuckled drama about . . . a theological battle. But there are no clear winners or losers in Lucas Hnath’s deeply affecting new play...As heated and heady as the disputes become, Hnath and director Les Waters keep the show absorbing on a very human level. This is a production we can believe in."
Read more

"In 'The Christians', a pastor of a massive megachurch shares an epiphany with his congregation of thousands: Everybody is saved; heroes and Hitler go to heaven...Those are the basics of Lucas Hnath’s intriguing if not exactly illuminating look at irreconcilable differences within faith and family...Hnath doesn’t attempt resolutions. But you can bank on this Playwrights Horizons production to make you think. As a conversation-starter, it’s a little bit of heaven."
Read more

"Even if you do not have a theological background, 'The Christians' is captivating as a modern-day tragedy. Les Waters' production is first-rate."
Read more