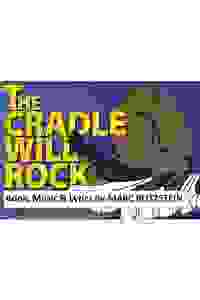 View in admin
The Cradle Will Rock (Theater2020)
NYC: Brooklyn
79
Score it Scored!

The Cradle Will Rock (Theater2020) NYC Reviews and Tickets

Theater2020 presents Marc Blitzstein's musical, which was born in 1937 during the Great Depression. "Cradle" sings a tale of the downtrodden, the 99%, who ultimately rise together.

In "Cradle" we see artists selling out to the wealthy, healthcare influenced by big money, the press owned by big business, the church controlled by its donors and war encouraged for corporate greed. Sound familiar? The origin of this play and the events surrounding its opening night, represent a seminal moment in American Musical Theater history.

See it if you like what I call an old-style musical - not melodic tunes that you'll be singing, but rather a play that is mostly sung by a good cast.

Don't see it if you want a big musical production - here you have to use your imagination for the set as it is benches and chairs with a costumed cast.

See it if You want a revival that's relevant to today. You enjoy intimately staged shows. You like the sung-through style of musicals.

See it if you want to see a major historic work. This seems to resonate a little more than the CSC production. Great singing and a great space.

Don't see it if you believe in the 1% and their duped followers. Read more

See it if Interesting Revival of the cradle will rock. The acting was good, as well as the musical numbers which was the majority of the show.

Don't see it if You prefer a full scale Musical or prefer a lighter subject matter.

See it if You are a musical fan. The performance is above average.Although it feels like the talented actors are trapped in a smaller theatre in Bklyn

Don't see it if You do mind a small production in an rather intimate stage setting and if you need to go to bed early or don't want to travel to Brooklyn.

See it if You want to see a well-sung show that tells us that problems of today have existed for many years.

Don't see it if You want a happy, sparkly musical

See it if you like a well-acted, classic play about the company boss abusing his employees and community

Don't see it if you can't handle capitalist greed being criticized

See it if You like small musicals with no decorations.

Don't see it if You are expecting a splashy musical. The second act is much more understandable and relatable. Read more

"It’s a pleasure to hear, particularly when its performed as well as it is in this production. Kudos Mr. Fitzsousa. You’ve created a first rate musical ensemble of which any musical director would be proud. Director David Fuller has put together a tight, exhilarating production of a great theater classic. The talented cast is exceptional."
Read more