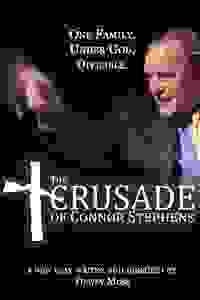 The Crusade of Connor Stephens

This new drama focuses on a Texas family trying to come to terms with a tragic act of violence. More…

In the midst of widespread media attention, their story becomes an allegory for the national debate over religion, tolerance, and the seedlings of hate. With humor and resilience, they confront the ghosts of the past and discover the brutal universal truths that define the American family in the 21st century.

See it if Intense fast-paced and dramatic. Multi-layerd plot. Kiberd is riveting to watch. Very entertaining and thought-provoking.

Don't see it if LGBT and religiosity issues are not for you. Small but adequate production. Some really uncomfortable acting.

Also This is really entertaining and fast-paced. Lots of characters with lots of opinions and viewpoints.
Definitely recommend it.
The acting is really uneven though. While Kiberd steals the show, Curtis gives us next to nothing. It could be the writing or direction, but since all characters have well written lines, I would believe that Jim Jr. should have been planned to be facially emoted, acted more than verbalized. That doesn't happen.
At the end you want to smack some spine into Jim Jr. way more than you want to reprimand Big Jim for his despicable words.
The other actors fall along that spectrum.

See it if You like family dramas with LOTS of drama. Breakdowns, confrontations, revelations - it plays out like an entertaining soap opera.

Don't see it if Performances are uneven. Verges on melodramatic - prob not the directors intent but entertaining nonetheless & never boring.

Don't see it if A more skilled director may have honed some credibility out of proceedings but alas director & author are one & the same. A sad misfire

Don't see it if References to recent events such as school shootings, religious bigotry & family rejection make you uncomfortable

Also Some of the characters are not fully developed, particularly the gay son's husband, which is disappointing because you would like to learn how they have coped with his family during their years together, and why they had not struck up an alliance with the grandmother previously. The mother is just as horrible as the father and deserves a closer look as well, why is she not equally forbidden from coming into the house? The zinger throwing grandma is indeed a crowd pleaser in a welcome performance, but one wonders why she has put up with her son and daughter in law all these years, knowing how negative the impact of their actions and beliefs on so-called loved ones. Has she ever made an effort to intervene or better yet move out herself?... Read more Read less

See it if you enjoy a great drama. One action brings so much reaction and changes all the characters' lives. Excellent acting and very relevant.

See it if you want to be surprised in a great way like I was.

Don't see it if you think its going to be a big broadway show, yes that play is located on broadway but not a broaday show. Not much bad to say

Also I don't know why but this show was not at the top of list. Maybe the title or the long open run but they need someone to come in and clean this up. The show is sooo good. James Kiberd is amazing, the whole cast it really good. Everyone should see this show!!... Read more Read less

See it if you want a well-acted, well written play about themes which are relevant today. Aside from being a bit long, this was a very satisfying show

Don't see it if you dislike themes of hatred and homosexuality; otherwise no reason to not see this show unless you only like musicals.

Also Acting was so good that I really hated the father by the end of the show and felt that he deserved all the pain he felt. I was very surprised at the quality of this show.... Read more Read less

Don't see it if you are looking for light entertainment. Inconsolable sadness leavened by Granny's pathos and humor. Loved the boys, too.

Also The son Jim Jr. is played by Ben Curtis, the Dell Dude in a series of wildly successful commercials made in the early 2000s while he was still an acting student at NYU. . He was also in “Another Part of the Forest,” Lillian Hellman’s Little Foxes prequel in which I saw him play the young Oscar Hubbard in the 2010 off-Bway revival... Read more Read less

See it if you are in the mood for a very serious drama about how intolerance can destroy a family.

Don't see it if you want a fresh perspective on a topic that has already been addressed in many forms.

Also Although very well acted and a good play, there are few surprises.

See it if you want to see an intense story about a broken family with varied beliefs as they try to deal with loss and healing.

Don't see it if you are not open to seeing/hearing other people's viewpoints on polarizing topics like religion and LGBTQ issues.

Also I'll start off by saying that I live streamed the show from my computer screen and did not sit in the theater. With that being said, I wanted to feel more from this show. I was intrigued by the premise, but hesitant to see it after reading reviews that reported uneven acting bordering on melodramatic. I have to say I agreed. I think the script was a little too ambitious and tried to tackle too much and therefore was not able to tackle it effectively. I really wanted to feel more emotionally invested in it, but honestly, I just felt bored at times. Although the lack of resolution within the family was not satisfying, it was realistic. The plot felt a little contrived, and if you are going to contrive a plot for shock value, it should at least carry some emotional intensity. I was waiting for an explosive moment like Barbara's in August: Osage County, but it never got there. With more work, this could be a powerful show, but it isn't quite there yet. Not bad though. Glad I saw it.... Read more Read less

See it if You would like a well-acted, riveting show regarding a hate crime. Despite the confusing about-turn in attitude by the mother - worthwhile.

Don't see it if You want a fluffy show or don't like intense dramas dealing with religious beliefs.

See it if would like to see an 8 person play that discusses the harsh reality that religion can sometimes spread hate. Actors were uneven in talent.

Don't see it if you are looking for a feel good play. This play had me feeling unsatisfied on how it ends.

Don't see it if you are offended by realistic portrayals of evangelicals using religion to espouse hatred. Sorry if my bias shows in this comment.

See it if You want to be challenged and blown away by the ultimate showdown between fundamentalist rigidity and the power of gay love. Explosive drama

Don't see it if You only want light fluffy entertainment and avoid serious theater examining the crucial issues of today.

See it if You want to understand religious hypocrisy and its effect on a family.

Don't see it if You need lots of action.

See it if you want to see a moving play dealing with LBGT issues versus organized religion.

Don't see it if you don't want to see a playwright's first play with emotional issues.

Don't see it if you like subtle underlying themes

See it if How hatred and prejudice can destroy families. Intense. Slow. Uneven acting but worth seeing

See it if you like to be close to the performance. This show touches a lot of nerves plus you think about how love is given and withheld in families.

Don't see it if you have an affinity for Baptists and their beliefs/hypocrisy.

See it if you would like to see matters of tolerance, religion and acceptance handled maturely

Don't see it if you expect something light; it's serious

See it if You enjoy great acting in an intimate theater, drama, relevant to what happens in today's world

See it if You want to see a story about Christianity and homosexuality. If you care about social and familial issues.

Don't see it if You're expecting comedy, or are offended by homosexuality.

See it if you are looking for a well-written, well-acted new play with the intimacy and value off-Broadway offers.

Don't see it if you are upset by the show's topics.

See it if Brilliant acting and a story that needs to be told and heard and held close to our hearts (and minds).

Don't see it if You want to grow as a human being (liberal or conservative).

Also Wonderful ensemble playing (Kathleen Huber a special treat as the grandmother with a hot tongue and a loving heart). Hello world: stop guns from killing kids (you can have your voice heard). And please do not let religion blindly guide your life: religion is fine, and so is the principle that every life matters. Do not fear all the facets of love: it is what makes us connect and prosper. This play should be seen by everyone who wants to grow a bit more (it is too late for Trump to get this lesson as he is stuck on bending down to his baseless base.) Theatre management: fix the seats, and do not let the idiots above on the 4th. floor ruin this experience with all of the running and the banging (was it from the not so brilliant Perfect Crime? playing upstairs?) Dewey Moss could tighten the first act a bit, but the play is quite wonderful. Enjoy.... Read more Read less

"Excruciatingly sincere, Moss’s melodrama about intolerance is all bleeding heart. That leaves no room for anything else in 'The Crusade of Connor Stephens,' an overwrought tale of two gay Texas men whose lives are shattered by an act of gun violence sparked by hateful religious rhetoric...In mid...
read more
Get Alerts Alerts On Alerts Off
"Disappointingly, all we get is a tear-stained melodrama of the most obvious variety...Moss's script is perfectly calibrated to stoke our righteous gay fury, to the point that it often strains credulity...The cast impressively turns on the waterworks for this schlock. It's hard not to feel someth...
read more
Get Alerts Alerts On Alerts Off
"Dewey Moss, the author and director, keeps arranging and rearranging the characters in a series of artificial-looking stage pictures when not dispatching the minor characters offstage on a series of lame pretexts, so those remaining can take part in yet another turgid confrontation...The result ...
read more
Get Alerts Alerts On Alerts Off
"Because 'The Crusade of Connor Stephens' is designed to be so entirely moving, it fails as a piece of construction—in between the histrionics, the play never lifts off the ground...The text of 'The Crusade of Connor Stephens' doesn't inform the performance; every actor has so much charged emotio...
read more
Get Alerts Alerts On Alerts Off

DMoss Productions
Producer
Get Alerts Alerts On Alerts Off 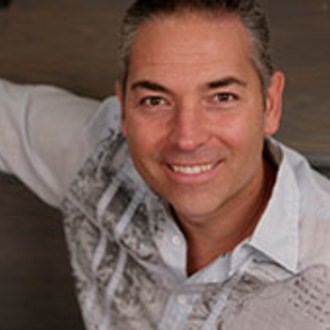 Dewey Moss
Playwright
Get Alerts Alerts On Alerts Off

Dewey Moss
Director
Get Alerts Alerts On Alerts Off 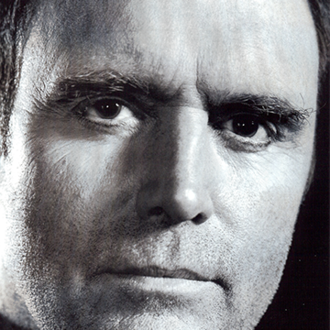 James Kiberd
Big Jim
Get Alerts Alerts On Alerts Off 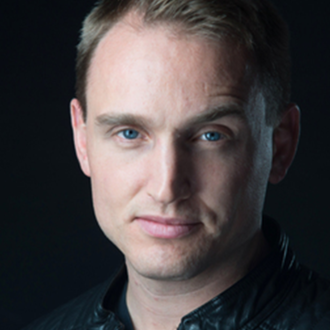 Ben Curtis
Jim Jr.
Get Alerts Alerts On Alerts Off 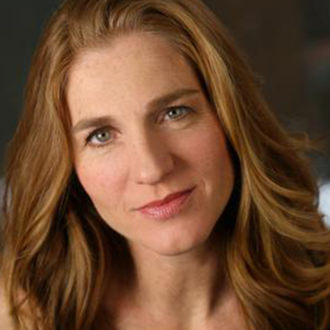 Julie Campbell
Kimmi
Get Alerts Alerts On Alerts Off 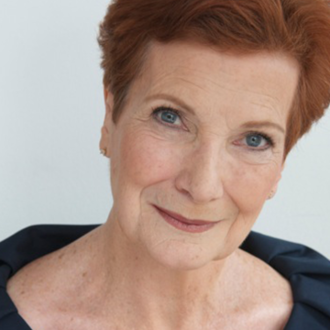 Kathleen Huber
Grandma Vivi'n
Get Alerts Alerts On Alerts Off