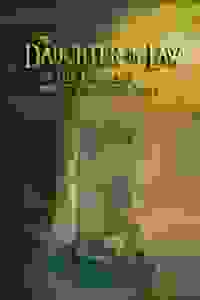 The Daughter-in-Law NYC Reviews and Tickets

Mint Theater returns with a new production of The Daughter-in-Law, first produced by the Mint in 2003.

Set against the background of the impending national coal strike of 1912, The Daughter-in-Law is a powerful drama that tells the story of Luther Gascoyne, a young miner, and his newly-wed wife Minnie, a former governess. The tensions they suffer due to their different backgrounds are exacerbated by the powerful influence of Luther’s mother and brought to open conflict when it is discovered that Luther, before his marriage, made another woman pregnant. As the labor unrest comes to a boil, so does the simmering conflict between Luther and Minnie.

See it if You want to see an old play that has some good drama elements and overall enjoyable.

See it if You like traditional/old fashioned plays that. The last scene of Act 1 and most of Act 2 is pretty good.

Don't see it if If you prefer something modern.Would have been much stronger if they shortened the scenes. Act1 is so long & slow except for the last scene.

See it if you appreciate outstanding acting that let's you follow the story when you can't grasp every word of the dialects. Great costumes, sound.

Don't see it if you are unfamiliar with these dialects or this play and are not willing to spend time reading the glossary to understand terms used.

See it if Well-acted period piece with good set and costumes. Some powerful dramatic moments.

Don't see it if The reckless behavior of the characters was not believable, even given the gender roles. The major plot point in act 1 was ignored in act 2

Don't see it if heavy accents that require careful listening will detract from your ability to appreciate the play.

See it if you like a very well acted play with good characters. The Mint has given us another old play which deserves to be seen. Intense.

Don't see it if you don't like strong dialect. A lot of the words are hard to make out although the dialect adds to the atmosphere of the story told.

See it if Story about family, I found it interesting and enjoyable.

Don't see it if Sometimes I couldn't understand because the accents. Long show.

"4/5 stars...Give the Mint Theater Company an uncut gem...and they’ll buff it into something precious: a multifaceted theatrical heirloom to be treasured for years to come...Directed by Martin Platt, who also helmed the company’s 2003 production, 'The Daughter-in-Law' isn’t—to use more Lawrence lingo—a 'bobby-dazzler' of a play. But the Mint has cleaned it up nicely. It wears well."
Read more

"A strange and compelling portrait of a misalliance...The anti-romantic show’s pleasures are dark ones and are sometimes deliberately obscure; its realism depends entirely on the cast’s comfort with the East Midlands dialect, which can be difficult to understand. Here, coached by Amy Stoller (also the production’s dramaturg), the cast sounds marvelous, their pronunciations tarred and sticky as old molasses."
Read more

One rarely thinks of D. H. Lawrence as a playwright, for good reason; compared to his prodigious output of novels and short stories, his theatrical work was minimal and little-noted. The Daughter-in-Law, written in 1913, wasn't produced until 1967. Yet Lawrence knew how to arrange fiery confrontations that leave no one unscathed, and his insights are as unyielding and adamantine as the coal mined in the Northern England town where the play takes place. Martin Platt's production begins on a relatively quiet note but hang on for some real shockers, including at least one moment that sends gasps rippling through the audience.
Read more

"3/5 stars...The production, as opposed to the play, is admirable. The actors handle their chores well...While 'The Daughter-in-Law' was likely provocative when Lawrence filed it away in 1913—or would have been, had anyone seen it—the controversial issues addressed have been visited so many times that they are now the stuff of sitcoms."
Read more

"4/5 stars...With dramaturg and dialectician Amy Stoller’s guidance, the performers all use a heavy East Midlands accent, but Minnie’s language is rather more refined, and an excellent Amy Blackman gives the character a very different physical bearing...Though 'The Daughter-in-Law' resolves on a more comforting (and quaint) note than one might expect, the questions it raises about marriage and family and class are still provocative—and this hearty, stirring production makes them resonate with all the more vigor."
Read more

The Mint Theater Company which gave the first New York production of The Widowing of Mrs. Holroyd, Lawrence’s best play and one of the great British tragedies of modern drama, has revived The Daughter-in-Law which it first staged in 2003 in an excellent new production again directed by Martin Platt. While the authentic and thick Midlands dialect (developed with specialist Amy Stoller) may be a problem for some theatergoers, not only does it get easier as the play develops but the local slang is easy enough to figure out. Unlike the other two plays in the trilogy, the engrossing Daughter-in-Law is not usually considered autobiographical (Lawrence had not married Baroness Frieda von Richthofen Weekley at the time he wrote it), but it was written at the time of his very autobiographical Sons and Lovers which has similar themes: mothers and sons, and wives and husbands.
Read more

Gritty, odd, oddly gripping, sometimes subtly comic and often impenetrable… [the Mint production] is uniformly and manifestly well-acted, and effectively designed — but, at the same time, for me at least, a little too authentic… they speak a dialect…that’s hard to decipher
Read more

"Despite the difficult dialect and the play’s weaknesses, such as its momentary lurches into sentimentality, the production succeeds due to uniformly excellent acting and sure-handed direction. That the story is clear is a testament to the actors, who handle the language like native speakers and yet make it comprehensible...Even so, a bit less reverence toward the text, in the form of trimming, would help the 90-minute first act from occasionally dragging."
Read more