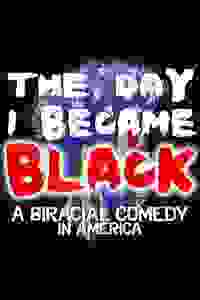 The Day I Became Black

Does a young comedian have to get rid of his whiteness in order to be the color he's "supposed" to be? Hear Bill Posley weigh in on the modern-day conversation about race from a unique perspective. More…

Biracial comedian Bill Posley grew up happily identifying as both black and white. But at age 10, he learned the world does, in fact, judge a book by its color and, even though he's half white, he's labeled 100% black.

See it if you'd like an intellig, funny, touching examin of race in America. Cross bet stand-up & theater. Engrossing. Some video. Charismatic Posley.

Don't see it if you're uncomfortable with topic of race. Some explicit language. Barebones stage, except for video screen. Some audience participation.

See it if You like comedy with a strong social message. Smooth stand up style mixed with a personal story that’s unfortunately too relevant.

Don't see it if You don’t want your entertainment to have any sort of social conscience.

See it if If you want to see as nother play on race, to be black with discrimination. Some funny parts to it.

Don't see it if If you dont want strong language or another play about racr. Some parts were very amateurish.

Don't see it if u don't want an intimate theatre experience (in a basement cabaret/bar space); u bury your head in the sand when it comes to race in America

See it if adorable young men with big hearts make you want to listen because it's a great chance to learn and laugh while you are doing it.

Don't see it if you dislike solo shows in crowded venues. But once he moves to a bigger space you have no excuse.

See it if Native one explains it all for you.

Don't see it if Myopic premise. Naive. Vacuum culturalism. No parent to offer a generational caution or concern?

See it if You want to see a play about race from an unique viewpoint w/a mix of serious commentary & hilarious comedy. You want an A+ performance.

Don't see it if You're uncomfortable w/discussions of race & some raunchy content. You don't want comedy mixed with social commentary.

See it if You like great one man stand ups that deal with racial and life issues from a different perspective.

Don't see it if You seriously think like Trump

See it if Interested in the difficulties of a young man coming to terms with his biracial identity. Told with humor, sensitivity & charm by Posley.

Don't see it if uncomfortable with racial issues; some scenes of police brutality near the end might be jarring.

Also Excellent use of video footage.
Bill Posley is tremendously talented & charismatic. Hopefully will see much more if him in the future.
... Read more Read less

See it if You are interested in racial and/or identity issues. If you enjoy plays which make you think and face difficult racial issues.

Don't see it if If you are sensitive to racial or identity issues. If you are bothered by non-pc narratives. If you prefer happy easy plots.

See it if you like solo shows, in-depth exploration of racism in America, witty/funny writing, appealing personality & superb presentation.

Don't see it if dislike solo shows and favor pure entertainment & "fluffy" plays rather than an analysis of race issues in the United States.

See it if Comedy / personal realization of society's assumptions of Blackness onto him despite his internal, more nuanced sense of identity.

Don't see it if Images of Black people getting shot are triggering. Discussions of being Black/White isn't your thing. No acknowledgment of non-Black/Whites

Also Free ticket from Show Score.
Before the show, they have an art installation in a U-Haul across the street. Go! It takes 1 minute (they time it).
... Read more Read less

See it if One man tour de force! The life of Bill Mosley as a biracial person. Bill's single handedly was able to been us into his dual lives.

Don't see it if Some might be sensitive to language used to describe his many life scenarios.

See it if you enjoy stand-up & would be cool w/a thoughtful 1hr show (along w/the expected laughter). Surprisingly moving, helped by video-projection.

Don't see it if you're not comfortable w/extremely tight (claustrophobic) bars where you're practically sitting on each other's laps. Go anyway. Seriously.

Comic Bill Posley riffs about his upbringing, college life & young adulthood. He lived as a half-white (mom)/half-black (dad) man, regardless of what anyone said about who or what he looked like, based on the color of his skin. He fought off any differing points of view, until he got a nasty wake-up call.

You will laugh your ass off @ times, & will undoubtedly be forced to think about stuff you might never have considered prior, unless you're bi-racial as well. Simple. Real. Poignant.

I'm not bi-racial, but I've got the opposite thing going on. White as snow, blond & blue-eyed, but my folks are latino. I'm "supposed to" look like Bill Posley. I'm white enough on the surface for white-America, but in no way shape or form latino enough for my latino brethren.

It's a MUST-SEE hr of stand-up, which I will see again, closing night.

See it if Part stand up comedy, part sociology, all authentic. Bill Posley takes us on an incredibly personal and yet entirely universal journey. Do

Don't see it if yourself a favor and catch this show before it gets big. You'll be able to say you saw it when.

See it if Adorable one-man show about how it feels to be biracial in America--light but questioning.

Don't see it if the ending was powerful and left the audience ready for discussion, but overall wish it was less a comedy show and more poignant.

See it if to see issues of race/racism & identity presented in an accessible way. Serious topics handled with sensitivity. Posley very engaging.

Don't see it if you don't like one person shows. If you don't want to deal with heavy issues of race (but give this a chance). Some abrupt changes of tone.

See it if You are an American. Full stop. This should be required reading for anyone living in the United States.

Don't see it if You are extremely uncomfortable with frank discussion about race. But, for real, Bill Posley makes it as comfortable as possible.

Also "I just wanna say, white people, it's okay to laugh man, alright? Black people, do me a favor. When they're laughing, don't stare at them. Okay?" -Bill Posley

The Day I Became Black is, simply put, a piece that is both extraordinarily necessary and devastatingly funny.

What sets this show apart from others is that it succeeds so well as both a racial rumination and a comedy show.

Posley makes every every moment feel fresh and semi-scripted even though it's clearly very set in stone. But it just feels full of energy and intention every second.

The show is also thought-provoking just as a sort of crash course into what it means to be biracial in America and more generally how we think about race.

From what I understand, this show has been filmed at some point as a special. I hope that it blows up. I hope this show moves to broadway. I hope it tours. I hope people see this and laugh. And cry.

See it if you're drawn to the compelling, timeless, deeply personal topic of racial identity—esp when it's one imposed on you vs how you see yourself.

Don't see it if you'd be uncomfortable hearing of & seeing graphic examples of racist behavior; you expect theatre setting; this is in a tiny, cramped bar.

See it if you'd like a personal story by a funny, inclusive, self-effacing storyteller that takes rather measured risks to challenge us but not offend

Also Bill seemed considerate, open and generally ( maybe not always) honest about his conflicts. I felt he was trying to please everyone in the audience by being so much of a 'nice guy.' I had to check my own preconceived notions of what to expect from this show, because there were moments where I doubted his sincerity.... Read more Read less

See it if you want to laugh so hard your ribs hurt. There is one serious piece near the end but ultimately finishes with yet another laugh

See it if Excellent job of mixing humor with a message. Very honest with lots of self-deprecating humor. Really likable guy.

Don't see it if Just see it. Two days later I'm still thinking of some of the funnier moments and laughing.

See it if You are in touch with reality and social happenings, to see a funny show, to learn something new, to support this young man & his cause

Don't see it if You are racist, out of touch with reality, expect a "Bway" venue, want comfortable seats, expect fancy setting. Can't understand identity.

Also Bill has a story to share and shares it in a unique and wonderful way. Sometimes funny, at times serious and other times NSFW. If you are offended by profanity, this is not for you...it gets "real". This can be anyone's story if they substitute their own 'thing" for bi-raciality. (I think I made up this word.) Anyway, go see it..you may find out you "see yourself".... Read more Read less

See it if You want racism explained. Want to understand what it is like to be biracial. The jokes and media are great. He did a great job!

Don't see it if You are offended by jokes about race. Or feel that comedy shows are your thing.

See it if You enjoy smart solo comedy about race and identity. A Sensitive and honest performance

“A personal, historical and vivid exploration of race relations in the US is the goal here. Unfortunately, it goes off on tangents...The piece’s dramatic achievements are diluted by the tiresome diversions...Director Bente Engelstoft positions Posley with as much verisimilitude as possible leadin...
read more
Get Alerts Alerts On Alerts Off
for a previous production “An astounding solo performance about growing up bi-racial in America. Posley is an incredibly charming and natural performer, and he warns us straight up: white people, you may get offended...Funny, engaging, and effortlessly talented...Told honestly and with incredible humor, and using video in...
read more
Get Alerts Alerts On Alerts Off 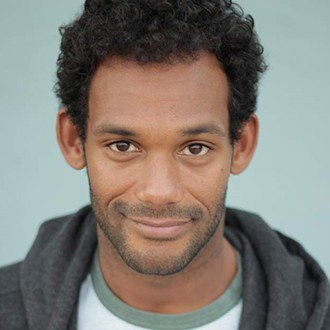 Bill Posley
Writer / Performer
Get Alerts Alerts On Alerts Off