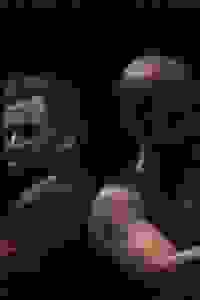 View in admin
The Dead for Breakfast
NYC: Midtown W
Score it Scored!

The Dead for Breakfast NYC Reviews and Tickets

Part of the Midtwon International Theatre Festival, this new play is "a war comedy in 2 acts;" a black comedy that examines the broken relationship between the U.S. and Canada.

'The Dead For Breakfast,' as pitch-black as comedy can be, serves up the picked-over entrails of the disemboweled alliance between the mighty U.S. and the hapless Canada. The play is a searing satire of modern warfare and military leadership. In the final days of an imperialist America’s final takeover of Canada, a small group of Canadian rebels hold out in Nova Scotia, on a tiny three-mile island. With no resources and no support, the isolated band tries to survive as trust frays, faculties wane, and absurdity ensues. At its core, the narrative peels away layers of the human psyche, and reveals its unsavory aspects.