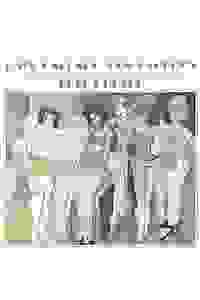 View in admin
The Decline and Fall of the Entire World as Seen Through the Eyes of Cole Porter
NYC: Midtown E
82
Score it Scored!

This irreverent musical journey travels the globe through an array of gems from the vast Porter canon. Part of "The Musicals in Mufti" series of minimally staged, script-in-hand productions.

The irreverent musical journey that is THE DECLINE AND FALL OF THE ENTIRE WORLD AS SEEN THROUGH THE EYES OF COLE PORTER, originally conceived by Ben Bagley in 1965, travels the globe through an array of gems from the vast Porter canon, both familiar and forgotten. The "world" under scrutiny is that between 1919 and 1945 when, indeed, some considerable declining and falling went on. Unfortunately (but fortunately for us), it's just as relevant now as it was over fifty years ago. As Porter wrote,"times have changed, and we've often rewound the clock"-- and here we are doing it again.

The New York Times, in its original review, declared that the revue “relishes Cole Porter, feasting on his lively and lilting tunes, tunes that are so marked by the Porter dash and swagger that they are immediately recognizable even though one may never have heard them before.” In times of great turmoil, Porter created a world of his own through his songs, and made ours richer in the process.

Don't see it if you want plot. This is a revue, with meh commentary between numbers. Narrator can't sing. Fun/entertaining 2 hours. Chase away the blues.

Don't see it if You don’t enjoy American Songbook oldies. You want to see a full production rather than a staged reading.

Don't see it if True to Mufti presentations.. Dated. Appealing to an older generation

See it if you enjoy the revue format and are a Cole Porter fan. Some of his lesser known tunes.

Don't see it if you need a strong plot line to link the songs together. The intimacy of the small theater and the great voices made for an enjoyable time.

See it if you love everything Cole Porter wrote, even the lesser known works. Good singing & dancing.

Don't see it if You prefer hearing the better known works of Cole Porter.

See it if you enjoy staged readings with talented singers; this one closed, but you can catch the next Mufti Musical, Cole Porter's Panama Hattie

Don't see it if you don't enjoy script in hand performances; marvelous talent isn't enough for you; you need scenery, a big band, and such

"This revue, originally assembled by the producer Ben Bagley in 1965, could also be termed Porter 202, an advanced course of study that uses as its syllabus a lineup of lesser-known items from the master Broadway songwriter's catalogue, all of which provide a steady stream of delight."
Read more

"Most Porter shows are saddled with less than brilliant books, so ripping a couple dozen of his choicest songs out of them and placing them in these performers' expert care makes excellent sense."
Read more