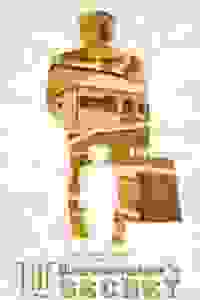 The Simon Studio presents a drama set in '60s Romania about a teenager desperate to escape to the west and his mother who's harboring a life-changing secret.

It's 1963. Nineteen-year-old Robi longs to escape communist Romania for the United States. However, the one person who can help Robi is a man his mother, Maria, is desperate to keep from him. During World War II, Maria was engaged to a Hungarian army officer, but fell in love with Zoli, a Jewish man whom she hid from the Nazis. The officer discovered Zoli, who was sent to Auschwitz, but spared the newly pregnant Maria’s life. Two decades later, the officer returns. Will the painful secrets of their past change the course of Robi’s future? 'The Dressmaker's Secret' is a heart-wrenching drama that examines the oppression of the police state, the defiant endurance of the human spirit, and the healing power of love.

See it if you are interested in the history of Communism in Hungary, how the war affected the lives of real people; how secrets can impact lives.

Don't see it if you expect a tightly written show with extensive staging; this is in a tiny black box with minimalist sets; you dislike intimacy with actors Read more

See it if Enjoy a story that takes time to unfold, intimate theatre spaces, and post-WWII topics; I was engrossed throughout

Don't see it if You want a fast paced play; large or traditional precenium stage, and modern topic; it's a little long at 2+ hours

See it if you are moved by stories of the Holocaust. This is another touching tale. Best efforts by talent and an enjoyable evening.

Don't see it if You expect Broadway quality. This felt a bit amateur.

Don't see it if you do not like to be in small spaces, where the actors are practically 1-3 ft. away from you.

See it if The themes would be very meaningful to young marrieds who are making their way in the complex world of being a couple and being parents.

Don't see it if If you were a young adult in the 70's and 80's because you will know this story. Open marriages, alternate lifestyles and drugs are old hat. Read more

See it if You like plays with a powerful theme and intensity.

Don't see it if You don't have patience for a slowly-building intensity. Read more

"Despite such elements of artificiality, Grunfeld and Simon have written something poignant...The vividness of these characters is matched by the vividness of the production itself...Roger Hendricks Simon's direction shares both the efficiency of the set and the evocativeness of the costumes. What he and his cast and crew have fashioned with 'The Dressmaker's Secret' isn't just a work of art — it's a work of humanity."
Read more

"The bombshells come so thick and fast that the characters spend most of the play in a state of shock...If anything, Simon's direction emphasizes the clunky, portentous nature of the script; generally, the women fare better...'Secret' ends on a modestly touching note, but it could have been so much more; in any case, it is preceded by more than two hours of clanking dramatic machinery. It's a Cold War soap opera that trivializes some of the twentieth century's most traumatic events."
Read more

"On the face of it, 'The Dressmaker's Secret' sounds a bit like a soap opera, one that easily could turn into a mawkish weeper. But thanks to the solid performances and Roger Hendricks Simon's direction, the play shows surprising depths as its themes of love, loss, regret, shame, and reconciliation emerge over the course of the evening."
Read more

"'The Dressmaker's Secret' is an important play that shines a light on the Holocaust, Eastern Europe's submission to Communist regimes, and the toll all this history has taken on a small corner of Europe."
Read more

"A gripping new play...Maria is sensitively embodied by Tracy Swallows; Irma is enchantingly portrayed by Carolyn Koziowski; exuberant Robert, the most complex of the characters, is peeled until fully exposed in a splendid performance by Robert S. Gregory...Bryan Burton wrenchingly extracts every drop of pathos...The work is superbly directed by Roger Hendricks Simon, who turns the small space into an advantage."
Read more

"Skillful playwrights Sarah Levine Simon and Mihai Grunfeld allow these scenarios to unfold with such finesse that one is easily transported to another time and place. Director Roger Simon uses his experienced hand to gently maneuver his actors along in this well-executed story, and expertly peels off each intriguing layer with perfect timing and pace, keeping the audience intrigued from start to finish...'The Dressmaker’s Secret' is one secret you’ll want to share."
Read more

"The story is compelling in its simplicity but, in the telling of it, has become convoluted and overly complex...We become impatient for these fine actors, who are working so hard to flesh out these poor souls, to stop moving around and deliver us to the real emotional core of the secret and the scenario...It’s not that complicated, but the scope of the director and playwright casts too great a net...There is a compelling beautiful story lost somewhere in this theatre and it should be heard."
Read more

"'The Dressmaker’s Secret' suffers from the lack of a clear and convincing dramatic arc. There are too many things going on...Mr. Simon’s direction leaves the talented cast wandering around the stage instead of staying in place and having a realistic conversation...In short, an endearing story with potentially multilayered connections is lost in an overly long production encumbered by inconsistent staging."
Read more