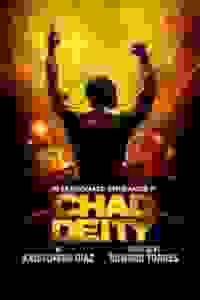 The Elaborate Entrance of Chad Deity NYC Reviews and Tickets

This Pulitzer Prize finalist, explores the world of Professional Wrestling, the good, the bad, and the humanity found inside it.

Macedonio 'The Mace' Guerra is a middle rank pro-wrestler who may have discovered his ticket to the big time: a charismatic, trash-talking Indian kid from Brooklyn whom he recruits as the perfect foil to the All-American champion, Chad Deity. But when their rivalry is used to exploit racial stereotypes in the name of ratings, all three men find themselves fighting for much more than the championship title.

See it if You were ever a fan of professional wrestling or want to hear a new, interesting playwright's voice.

Don't see it if You don't like plays that are discussions of racial inequity.

See it if you love pro wrestling; you enjoy examining the psyches of larger-than-life characters; you appreciate sharp, fresh writing

Don't see it if you for some reason still believe anyone intelligent who watches wrestling thinks it's not staged; you don't like fake violence

See it if you love wrestling, or even if you don't. You want to see something different.

Don't see it if You just really can't stand the idea of a wrestling play.