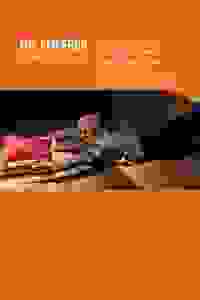 View in admin
The Emperor
NYC: Brooklyn
77
Score it Scored!

The Emperor NYC Reviews and Tickets

This adaptation of Ryszard Kapuściński‘s celebrated and controversial 1978 book of the same title is a parable about power set at the downfall of Ethiopian emperor Haile Selassie.

Kapuściński slyly used "The Emperor" to illuminate corruption and political power in his native Poland. This adaptation resonates with the world’s growing and disturbing fascination with despotism.

See it if If you want to see Kathryn Hunter in many roles.

Don't see it if Not really good, slow. If you want a show of imitation.

See it if Faults of monarchical power, but also the love of a bygone way of life. Virtuosic solo performance with wonderful musical accompaniment.

Don't see it if You don’t enjoy non-fiction solo shows. You don’t like ethnic music.

See it if you would like to experience one of the world's great actors, even in inferior fare.

Don't see it if you are one of those people for whom lots of anecdote, even with music & lighting effects, does not quite equal drama. Read more

See it if you enjoy the performance of Kathryn Hunter, a treasure

Don't see it if you like theater that has accompanying drama. This was like an interview with a dozen participants

See it if For some reason you would like to learn something of the end of the regime of Haile Selassie through the acting of Katherine Hunter.

Don't see it if You're not anxious to see her play a bunch of characters who all seem the same. Fortunately there are loud noises at times to wake you up.

Don't see it if You object to parts awarded for acting merit, as opposed to race or sex. Or if you can't understand satire and "deeper" meanings on power. Read more

See it if you would enjoy a single actress portraying multiple male roles that illuminate a period of history, probably one you don't know much about.

See it if essentially a one woman show, where she portrays 11 characters in Ethiopia after the fall of Haile Salasie. Great Acting

Don't see it if Have no interest in subject matter, want elaborate staging, don't like one person shows.

"Journalistic virtues are not necessarily theatrical ones. What’s compelling in newsprint, or for that matter in life, does not always scintillate when turned into a play. That is but one of the problems...It is informative and clever, and features a notable performance by that shape-shifter Kathryn Hunter. But as drama, it’s dead...There is little dramatic shape to ‘The Emperor.’ Stating and restating the same proposition for 70 minutes...it comes off as a well-meaning stunt."
Read more

"In Colin Teevan’s 75-minute stage adaptation, Hunter plays a double-handful of characters from 'The Emperor,' whizzing through gorgeous comic sketches...turning each episode into something funny and poignant and sweet...This is a Hunter showcase through and through...The play does not tell us much about Ethiopia's actual past, nor does it speak to the present moment...Despite Hunter's dazzling performance, 'the Emperor' leaves little impression."
Read more

"Part Brechtian commentary and part clown show, part investigation of the last days of a real regime and part playful, piercing allegory. It’s a concentrated, compelling piece of theater with a light touch...Hunter sketches each player in Selassie’s political theater with sly wit and technical finesse...Selassie is no more than a whispered name...but everyone is complicit in the narrative of his omnipotence...Hunter, Zeleke, Meierjohann, and Teevan reveal all this with agility, wisdom, and humor."
Read more

"It has become a cliché to describe Hunter’s basic acting attribute as shape-shifting, but since clichés can usually be traced to inconvertible truths, shape-shifting is a description that gets to the core of any number of her mesmerizing performances...In little more than an hour Hunter, Zeleke, Meierjohann, and cohorts succinctly prove his contention about the multi-faceted good and bad nature of the globally powerful."
Read more

“Although Hunter is a vital force, she is no Deavere Smith when it comes to creating an effective range of colorful voices and physical attitudes to project these different people. The text is not greatly varied...so there tends to be a sameness to the performance...Thanks to its fascinating history and Hunter’s forceful presence, ‘The Emperor’ never ceases to maintain interest, but when all is said and done, this mosaic of viewpoints silhouettes the figure of Selassie rather than fleshes him out.”
Read more

“An athletically staged two-hander...Hunter is a compelling, yet almost Lilliputian, presence. Shifting from one role to another...relying primarily on alterations in posture, inflection, and affect. Some of her characterizations are more distinctive than others; yet she manages to maneuver her lithe frame and manipulate her gravelly voice in strikingly different ways...Teevan's adaptation is a theatrical reflection on present day dictatorial regimes."
Read more

"Theatre for a New Audience, much to my pleasure, dives into their new season with a fascinating, although slightly distancing investigation on what it means to be Emperor of a small African nation in the early 1900’s...Deliciously portraying each and every one of those sublime characters is the shape-shifting virtuoso, Kathryn Hunter...This co-production seldom rises too far into the land of greatness and superiority, but the overall effect is worthy of our attention."
Read more

"'The Emperor''s continuing value is as a coolly satirical, universal reflection on the excesses and abominations of autocracies everywhere, not least the one that's growing in our midst. But the chief reason to see 'The Emperor' is the platform it provides for the diminutive British actress Kathryn Hunter, known for her idiosyncratic characterizations of both male, female, and even nonhuman characters…'The Emperor' is brief, thematically pointed, and perfectly executed."
Read more