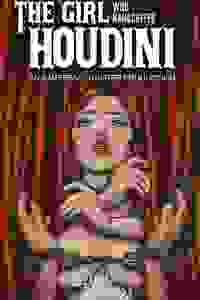 The Girl Who Handcuffed Houdini NYC Reviews and Tickets

This immersive theater piece invites the audience into a surreal Prohibition-era time capsule featuring magic, séances, absinthe and more, as it explores the mysterious death of Harry Houdini.

Based on von Buhler’s popular comic series of the same title, "The Girl Who Handcuffed Houdini" follows private investigator Minky Woodcock as she uncovers secrets surrounding the final days of the world-famous escape artist. Woodcock’s investigation leads her to cross paths with Sir Arthur Conan Doyle, who believes Houdini is not merely a magician but has supernatural powers, and Bess Houdini, who suspects her husband is cheating on her.

See it if You like immersive experiences. Different segments are of different quality. Fun overall story.

Don't see it if Not the tightest direction/choreography of the different scenes. Read more

See it if You enjoy immersive/interactive theater. Good concept and there are some fun parts like the seance scene.

Don't see it if The execution was not always the best. Uneven performances and some scenes were not as interesting as others. Read more

"It helps if you are open to just about anything; participation is encouraged but not mandatory...The transitions are ragged from the very start...At other times groups are led into locations where something is already going on, ends, and then a new scene begins, causing confusion...Regardless, it’s all still a lot of fun...Von Buhler has a great feel for the Prohibition era, and she knows how to titillate her audience, with song, dance, magic, drink, and ample nudity...A spirited evening."
Read more

"Plunges audiences into a stylish Jazz Age-era world of magic and mystery...Every character seems to be straight out of an old timey movie...I found it difficult to invest in Houdini as a character...I wished for more suspense and higher stakes built into the narrative as it unfolded, leading to a stronger payoff...Luckily for all of us, Daily’s performance is compelling enough to propel the piece forward.”
Read more