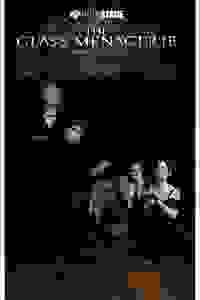 The Glass Menagerie (The Wild Project) NYC Reviews and Tickets

Directors Austin Pendleton and Peter Bloch reteam to helm a chilling new version of Tennessee Williams’ masterwork at the Wild Project, ushering in the Halloween season.

After two critically acclaimed runs in 2018 of "Wars of the Roses," directors Austin Pendleton and Peter Bloch reunite with actor Matt de Rogatis to take on the American classic, "The Glass Menagerie." In this disquieting production, the tormented Tom relives the story of his time in the Wingfield’s St. Louis apartment, circa 1939, as if he were remembering it through the lens of a spooky dream.

Dimly lit and surrealistic, the set itself will consist of props made of glass and the actors will live in a chilling, dreamlike world. Taking inspiration from *The Exorcist soundtrack, Sean Hagerty writes the score for this “Wes Craven meets Tennessee Williams” production. Allison Hohman designs the sound for the Wingfield house of horrors.

See it if You’re up for a solid, well cast, altogether reasonable production, streamlined yet faithful to Williams. Fine set, costumes score and light

Don't see it if Expecting melodrama or histrionics; this a cool interpretation whose heat builds slowly, as does its madness and tragedy. Read more

See it if you want to catch an acceptable production that won't put a dent in your wallet, or if you just need a Williams fix of poetic dialogue.

Don't see it if If you've already seen it a few times -- nothing really new here that's worth a trek into the bowels of the East Village.

See it if you love Tennessee Williams. Ginger Grace is awesome as Amanda. The direction falls short in the last segment which is too long.

Don't see it if You do not like the Classics.

See it if Tennessee Williams is a must for you; you've never seen The Glass Menagerie - it's a competent production.

Don't see it if This somehow never clicked for me at all even though I can't point out much wrong with this production per se - great set etc... Read more

See it if you like the play itself - the production is very faithful to it, just don't expect any frills, it's done on a shoestring budget

Don't see it if you'd rather see something done right. The directing of the play is ok but actors are too bad even for understudies.

See it if Great show in an intimate setting with a strong cast.

Don't see it if Your bladder is not strong enough to sit through a no intermission show.

See it if 2+ hours flies by with Mom who wants the best for her daughter & tries to get her set up with a man. Eerie dark moody lighting. Great acting

Don't see it if You don't like classic Tennessee Williams work that feel so fresh and updated with modern language.

"The Glass Menagerie Is Haunting, but Is It Also Spooky?: Matt de Rogatis stars in an off-off-Broadway revival of the Tennessee Williams classic."
Read more

"Theatregoers looking for a stage thriller in the vein of 'Wait Until Dark,' 'The Pillowman,' or 'Killer Joe' surely will be disappointed. Audiences hoping to spend a few hours with a classic American drama, on the other hand, will find much to appreciate."
Read more

"It is Ginger Grace as Amanda that is the crowning glory of this production. … Grace lives Amanda on the tiny Wild Project stage, making it seem large and teeming with life, although nothing really happens in 'The Glass Menagerie,' nothing that is except the dissolution of a family."
Read more

"Presented as a 'chilling new take...[visualized] through the lens of a spooky dream,'...if you're the sort of person who'd like to engage in primal scream therapy while discussing your mother, then this production might evoke the sort of terror that occasionally keeps you awake at night."
Read more

"The play is acted at a sloth's pace in a dimly lit…dully realistic way, with very little of the poetically magical qualities we expect from this play about emotional memory…The…production is so grounded in standard realism that the play seems more like William Inge than Tennessee Williams."
Read more