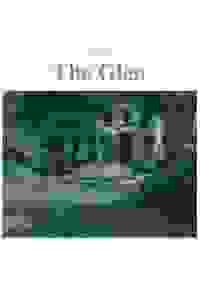 The Glen NYC Reviews and Tickets

In this new play, Dale Olsen grows up as the adopted son of a sheltered Grass Valley family until, in 1951 he is drafted into the Army and embarks on a journey of self-discovery, while at home a mystery awaits.

"The Glen" follows Dale’s journey by way of present day action and flashbacks, from innocence to maturity, tracking his uncertain path as a private falsely accused of insubordination by an underhanded army major, through his affair with a possible spy in 1950s Berlin and back to his ultimate confrontation with his unforgiving mother and the secret she has hidden from him all his life. "The Glen" is dramatic and comic, an epic journey of memory, secrets, love, humor and self-discovery.

See it if you are interested in the tensions at play in the 1950's for orphans, gay men, the Korean conflict, financial struggles, well acted & staged

Don't see it if you are easily confused by many scenes in two acts that change time periods to tell the story. Editing and tightening would make this shine.

See it if Sequence of events work well with the "scattering" of times of the events Esp. good work by Matthew Dalton Lynch & Daniel Stompor. (ALSO)

Don't see it if Small theater(a plus too)ergo limited seating.One role needs more time to get the lines ( viewed very early) Lead had his stripe before .. Read more

See it if Young man coming of age story.

See it if You like family intrigues, this one is a whopper.

Don't see it if You’re looking for a quick fix of entertainment The Glen is a bit long.

See it if interested in coming of age story of a confused young man, his family & it's secrets, & time in army during Korean war years.

See it if If you are in the mood for a show that is "fantastic" in the truest meaning of the word.

Don't see it if if you want a show where the writer demonstrates at least some familiarity with historical reality. Read more

Don't see it if You need an elaborate production. You are not interested in seeing a play about a family and their issues and the coming of age of the son.

"There’s a cavalcade of colorful characters and many compelling incidents but redundancy and vagueness abound. It’s possible that fashioning the skillful dialogue into more exposition could streamline this morass into a work of momentum. Instead, the crammed play maddeningly drags on for two and half hours absent selectivity or a disciplined structure, ultimately making little impact...If viewed as a workshop does succeed in revealing its virtues amidst its defects."
Read more

"A very heartwarming and sometimes, tragic story that many can relate...This play, at its core is about Dale discovering who he is and what places, people, and things make that up. The nonlinear use of time allowed for these discoveries to been seen with a perspective that would not have been achieved using linear time...'The Glen' was a lovely coming of age story that had me walking out of the theatre with tears in my eyes and smile on my face."
Read more

"A ‘must see’ play...With all of the jumping back and forth from year to year and from one location to another, the play does get a bit confusing as to where we are at any given moment...Mercifully the actors, as well as the writing, both so wonderful, quickly bring us back to our senses, even as we uncross our eyes...There are a number of extremely moving scenes beautifully executed by the actors, all of which hit home."
Read more