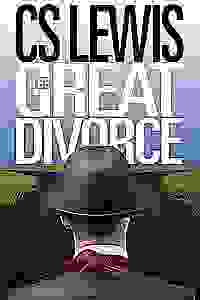 The first production of the season features an updated revival of C.S. Lewis's "The Great Divorce," a mesmerizing fantasy about heaven and hell that the *New York Times* describes as “infinitely thought-provoking” and “consistently intriguing.” Now with new, added material, four actors portraying 22 distinct characters take a strange bus trip from hell to the outskirts of heaven where they are given an opportunity to stay or return to hell. The choice proves to be much harder than imagined. The play runs from Dec. 12-29 followed by an extensive national tour.

See it if you enjoy alternative versions of the heaven and hell debate. Excellent staging and design work assist in the storytelling.

Don't see it if you are put off by religiocity. It contains a fair bit of that, though each is left to decide their own message.

See it if you like to be transported and mesmerized in the theatre. Amazing stagecraft.

Don't see it if if you are bothered by deep and intense religious themes.