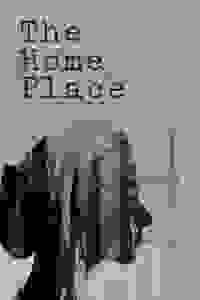 Irish Rep presents the New York premiere of Brian Friel's historical drama. In the hot Donegal August of 1878, the fruits of Colonialism and the ambiguities of loyalty are tested within the background of impossible love.

Christopher Gore, the liberal minded Anglo-Irish landlord and his son, David, reside at The Lodge with their “chatelaine” Margaret, with whom they are both in love. Christopher’s cousin, Dr. Richard Gore, arrives with the intention of pursuing a Darwin-inspired scientific theory: by measuring the craniums of the indigenous Irish, he hopes to crack the genetic code of the indigenes, demonstrating their inferior place in the natural order. Set in the era of the rumblings of violence and uncertainty at the dawn of The Home Rule movement, Friel explores the aftermath of Dr. Gore’s experiment as deep animosity is dangerously ignited among the suspicious villagers of Ballybeg.

See it if You like this type of play. If you like Brian Friel s plays. It has good acting, staging and very funny.

Don't see it if You don't like the Irish plays with this kind of genre. The show can get away from you if you don't pay attention.

See it if You enjoy shows that paint more of a portrait of a period and place in time rather than an actual story. There’s a story here but not much.

Don't see it if You’re looking for action or even a good story. This is a beautiful portrait of a certain place and time. It’s beautifully done but slow.

See it if Woman struggles to preserve a fragile peace among those she loves, who are in turn threatened by a fragile political situation.

Don't see it if You are not interested in intricate, tense character interactions combining the personal and political. Read more

See it if You're a fan of Brian Friel, enjoy Irish plays, interested in class issues in 19th century Ireland, care about rise of populist movement

Don't see it if You don't like slow but steadily building plots, have difficulty with Irish accents, don't quite understand Irish/English land holding laws

See it if you like plays concerning Irish and English relationships. Some wonderful confrontations. Thought provoking.

Don't see it if you have problems with Irish dialect. Some characters' dialogue were hard to understand. Read more

Don't see it if With one to many story lines (one bordering on soap opera) & Moore's stolid direction, drama lacks the needed dynamism to sustain interest

See it if you love Brian Friel, Charlotte Moore, a great set and some great acting.... And can quickly adjust to the various dialects.

Don't see it if Still not enough"loos". 2nd row of seats not raked. First 4 or 5 rows seats not staggered.

See it if You want a modern take on Irish history. You want that history seen from more than 1 POV. You want an intriguing story that holds attention

Don't see it if You prefer a play writen on the time period depicted on stage. You don't like a mix of drama & comedy. You want a light night out.

"A staging of hushed grace and delicacy, one that I wish Friel had lived to see...A history play of sorts, though its drama is wholly personal...Unabashedly Chekhovian, but it also contains a sharp nudge of Shavian satire...Moore's staging is so unassumingly natural that it feels as though the play is not being acted but is merely happening...To see it is to come away certain that 'The Home Place' is one of Friel’s half-dozen masterpieces."
Read more

"Moore's production looks beautiful, but is markedly untidy when it comes to finding a dramatic arc for her actors. As a result, most of the central performances are lost in the loquacious terrain of Friel's script, though Pickup's headstrong portrayal of Margaret stands above the fray...Only in fits and starts does the play find the right focus, spending simultaneously too much and too little time on its dueling storylines, never hitting the right balance of either."
Read more

"There's a lot going on in 'The Home Place,' but it ultimately feels like a finger exercise from the autumn of a great playwright's career; despite the plot's explosive implications, it is marked by a hushed, hesitant quality that prevents us from fully taking in his characters' longings and anxieties...The oddly tentative atmosphere is exacerbated by Moore's rather perfunctory staging, despite several strong performances."
Read more

"Despite its shortcomings, Friel's writing still shimmers with its customary lyricism...'The Home Place' has a difficult time allowing its themes of exile, identity, language and oppression to be explored to their fullest. The main reason for this is the miscasting of Windsor-Cunningham in the pivotal role of Christopher Gore. Lacking both the requisite authority and stage presence, Windsor-Cunningham projects an insecurity at odds with the demands of his character."
Read more

“It is possible to enjoy Brian Friel's ‘The Home Place’ without knowing the background to this historical play set in rural Ireland in 1878 as a Chekhovian representation of a world about to come to an end. However, the play will be much more meaningful if one knows the historical events that have led up to this turn of events. Charlotte Moore's handsome and genteel production will be enjoyed most by those who understand the play's undercurrents and implications.”
Read more

“Brian Friel’s play, ‘The Home Place’, looks at what constitutes home—to the heart...Windsor-Cunningham presents a touching, nuanced portrayal of Christopher Gore...Perfect comic timing must be credited to the brilliant director, Charlotte Moore...Friel has been called 'the Irish Chekhov' and this play demonstrates how appropriate the appellation is. The Irish Rep is so warm and welcoming, theatergoers may well find it their own ‘Home Place.’”
Read more

"The Chekhovian influence on Friel's work is here rather heavy-handed...And the first act's introduction of the characters who are the agents as well as victims of unstoppable change moves at a rather talk-heavy, meandering pace. However, Moore has assembled a fine cast to make all the characters creditable and aptly sympathetic or despicable...Gore is not only the play's key character but the star performance. That's not to say that the performances overall aren't excellent."
Read more

“Directed exquisitely by Charlotte Moore...is a must see for all those who love theatre and the importance of language crafted by a master...How timely a play this is about ethnic categorization and social stereotyping in our own climate of deportation and hate...Mr. Friel has such a wonderful gift for letting a story unravel slowly through conversation and character. He wants us to understand what home means...The cast is outstanding.”
Read more