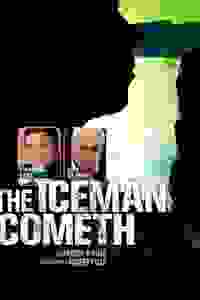 Nathan Lane and Brian Dennehy come to BAM for the Goodman Theatre’s revival of Eugene O’Neill’s trenchant portrait of hope and disillusionment.

At Harry Hope’s saloon, the biannual visit of charismatic traveling salesman Hickey is cause for celebration. But when a newly sober Hickey arrives, his renewed outlook on life threatens to upend the lives of his old friends, leading to a series of devastatingly comic and heartbreaking events.

This epic 18-character drama—which garnered critical acclaim and broke box office records in its extended Chicago run—is directed by Robert Falls, whose productions of O’Neill’s works (with longtime artistic collaborator Dennehy) have been the hallmark of his 27-year tenure at the Goodman.

See it if A great revival beautifully done.The play moved along easily and did not feel like an almost 4 hour ordeal. The performances were riveting.

Don't see it if You are not a fan of O'Neill's plays.Although it is lengthy, it commands your attention.The cast of great actors was enjoyable to watch

See it if You like Denzel Washington, the most lauded stage and screeen actor of his generation. If you like Eugene O'Neill"s plays.

Don't see it if You do not like serious American theater.... Honestly, I cannot think of anything I did not like!

See it if you want to get slowly pulled into a story that piece by piece pulls you into a depiction of human and societal tragedy.

Don't see it if you need a play that only lasts 90 minutes, or has fast-paced action

See it if you want to see the best ensemble on Broadway this year. And the Tony award goes to . . . it should go to everyone in this drama.

Don't see it if you do not like great drama, or if you can't run to the bathroom at the two 10-minute intermissions. The theater sticks to the time limit. Read more

See it if you want to see a first-rate production of a classic.

Don't see it if you aren't into really long classic plays.

See it if You want to see a talented cast led by a Denzel Washington, a masterful actor. The cast blends together well making the dialogue seamless.

Don't see it if You do no enjoy dramas that are lengthy and intense. Read more

See it if you are interested in a great production of an American classic.

Don't see it if you're not interested in our heritage.