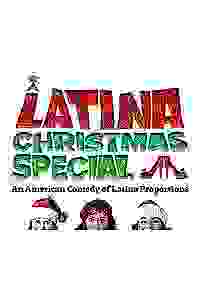 In this new comedy special, three acclaimed American Latina comedians tell the tales that make them uniquely American, undoubtedly Latina, and most of all, friends.

Bursting with laughs, more laughs, music and escándalo (scandal), and making its NYC debut at the SoHo Playhouse. You thought your holidays with the family were dramatic? Try these three hilarious, touching and surprisingly personal Christmas stories of holidays past told by three acclaimed American Latina comedians.

Don't see it if You don't enjoy standup. You are looking for more substance. Possibly cliched if you are from the latinx culture (which I am not). Read more

See it if LatinX Xmas Espectacle. Three amigas offer up their culture to yours with funny, sometimes potent, relatable stories.

Don't see it if What would happen if three femme friends got together during the holidays to put on a floor show without a two-drink minimum?