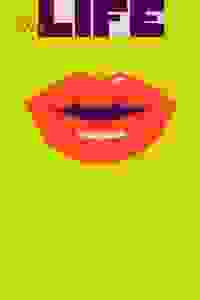 The Life NYC Reviews and Tickets

The 12x-Tony nominated musical returns as part of Encores!'s 2022 season.

The Life tells the story of Queen, and her fellow sex workers, who strive for a better life against all oppressive forces in post-disco Times Square. This production boasts an exciting cast featuring Alexandra Grey as Queen, Antwayn Hopper as Memphis, Grammy-nominee Mykal Kilgore as Young JoJo, Grammy Award-winner Ledisi as Sonja, Erika Olson as Mary, Destan Owens as Old Jojo, and Ken Robinson as Fleetwood. Emmy and Tony Award-winning artist Billy Porter (Pose, Kinky Boots) reclaims this musical as the production’s adapter and director to bring forth the gritty, dangerous, and exciting decadence of 1980s New York City.

See it if Haven't seen original but can see this might have been a much better show.

Don't see it if Overly long. There was a fight between singing and orchestra. Out of sync not east o the ears.Narrator was embarrassingly bad (and needless) Read more

See it if There are some fun musical numbers (mostly the group numbers).

Don't see it if The narration really kills the pacing and the show tends to drag. The production also came off as amateurish, unpolished and unfinished.

See it if If you didn't see the original. This one was painful. Long, slow ...

Don't see it if This one you can miss. Very poorly done all the way around.

See it if you'd like to enjoy an appropriate update in an Encore performance with great singing (Ledisi is perfect), nice choreography and loud sound.

Don't see it if you expect a full stage musical - this is an Encore presentation with narration, minimal, but good staging and projections in 2 1/2 hours +.

See it if you want to discover the score, hear some great voices in strong numbers, curious about Porter's direction, enjoy political, darker revisals

Don't see it if you don't like politics inserted willy-nilly into story or dark musicals, don't like arrangements that change score, unworkable plot twists Read more

68
The life" is about the life of prostitution and pimps in times square from 1975 to the early 1980s. though some powerhouse performances, director billy porter's attempt to update to make politically relevant falls flat

See it if you like a show about the seedier side of life including prostitution, drugs and abuse of women. Powerful music and lyrics.

Don't see it if you don't like shows about prostitution or very loud music. Sometimes the lyrics are drowned out by the loud music. Billy Porter preaches. Read more

See it if You think Billy Porter is the most amazing artist on Earth and can do no wrong.

Don't see it if You love this show, or have always wanted to see it. This is NOT the same show that was on Broadway in 1997 and will ruin any fond memories.

"Unfortunately the memory-musical format only takes us out of the plot and, most crucially, the emotional impact...The original show let us progressively discover the characters’ distinct personalities through actions, words and songs; now they are archetypal pawns in an op-ed. One can agree with a message and still find its form lacking...Sampliner’s formulaic R&B- and funk-inflected orchestrations and arrangements undermine the score’s idiosyncrasies."
Read more

"Porter's new script ends up even worse than the original. In a noble effort to give a cartoony musical a social conscience, Porter has concocted a disjointed mess that lays on the City Center stage like a lump, and they pump the volume to painful, ear-piercing levels if only to keep the audience awake...'The Life' is the most disappointingly sung and played Encores! production I've ever seen, and that doesn't feel very much like Encores! at all."
Read more

"'The Life' is nothing if not a showcase for these terrific performers. And Cy Coleman's score is nothing if not eclectic, drawing from jazz, swing, blues, torch songs, anthemic melodies and more...Kudos to Billy Porter for building such a majestic and muscular production. But truth be told, there's an awful lot to take in. The show itself runs over two-and-half hours, what with so many center-of-the-stage solos along with the insertion of several social justice messages."
Read more

"4/5 stars...With the support of AC Ciulla’s spirited choreography, the ensemble also shines, incorporating a greater variety of body shapes and sizes than a typical chorus line does, even today...If 'The Life' remains one of Coleman’s less memorable achievements as a composer, Porter and Sampliner have infused it with enough fresh blood to merit another look and listen."
Read more

The ubiquitous Billy Porter was given command of the most recent New York City Center Encores! presentation, the 1997 musical The Life. His direction and re-interpretation of this tawdry portrait of 42nd Street left a great deal to be desired, but strong performances by the leading players made vivid impressions.
Read more

"Porter (who is the show’s director and adaptor but does not appear on stage) succeeds in his main goal: giving more context to the societal circumstances that led some of these characters to enter 'the life.' But too much of the new material simply feels overwrought or unnecessary, stretching the show to nearly three hours. More importantly, the show’s new, darker tone doesn’t jibe with the essential Broadway brassiness of the Coleman-Gassman score (even though it’s consistently well performed and strongly benefits from James Sampliner’s funkadelic orchestrations)."
Read more

"5/5 stars...Porter humanizes the characters as people and coaxes the audience to empathize with them. Instead of laughing at or dismissing their plight and misfortune, we come to know the characters, what motivates them, and how they got the hand with which they were dealt...Antwayn Hopper as Memphis steals the show...The band set prominently on the main backstage was 'out of sight!'"
Read more

"The revision would be unstageable under normal terms–its preachy sermonizing is less than dramatic–but when presented by a book-in-hand narrator as it is here, its bluntness doesn’t need to be disguised as plot...Porter’s revisions are so close to working in this format, but the narration he gives to Destan Owens’ Old Jojo is too wordy. It requires a dexterousness that Owens is unable to deliver...The revisions succeed even less when Porter abridges or repositions the existing book. There is a lack of cohesion."
Read more