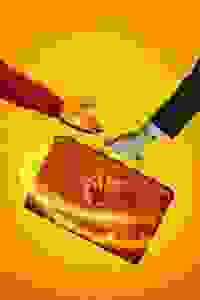 A true story of a family torn apart by war, fighting to immigrate, escape, and survive.

The discovery of a stash of over two hundred letters in three languages opens clues to an untold history in this adaptation of Richard Hollander’s book, 'Every Day Lasts a Year: A Jewish Family’s Correspondence from Poland.' Scenes alternate between past and present.

The production is part of 59E59 Theaters' inaugural VOLT Festival, which this year celebrates the work of playwright Karen Hartman.

The cast includes Steven Skybell who played Tevye in 'Fiddler on the Roof' in Yiddish and Dale Soules ('Orange is the New Black').

See it if Story of holocaust to by family member. Good 1st act.

Don't see it if 2end act gets to convoluted.

See it if you have interest in family genealogy and wish you had asked questions while ancestors were still alive. Lighting and projections are good.

Don't see it if you do not like long productions - this feels like the play may never end with a couple false "ends" that reveal more of the story.

See it if you enjoy theater based on biographic material. The actors do a splendid job of doubling & tripling rolls in this complex layered story

Don't see it if Holocaust themes are distressing for you.

See it if you enjoy plays about the Holocaust & extended impact on surviving families, enjoy memory plays with narrator, open to new plot twists

Don't see it if You shy away from Holocaust stories, don't like self-indulgent stories that move in unexpected directions or exasperating characters

See it if This play is base on true event about family during war.

Don't see it if Over 2 hours, and a little slow second act.

See it if you appreciate a powerful story based on letters of an ill fated family during the holocaust. Great acting and writing.Very poignant scenes.

Don't see it if you like happy stories or don't like plays dealing with the holocaust. Read more

See it if you don't mind seeing a play in which the first act is very strong and the second act leaves a lot to be desired. Good cast!

Don't see it if one of the two acts isn't ready as yet. Because of this, the second half tends to be sluggish.

60
Starts off an interesting show but ends up not fulfilling its premise.

See it if You want to see a play about the holocaust.

Don't see it if You want a play that is coherent and says something.

"A riveting dramatization of the lives of real people as preserved in their letters. It's the only way to hear their voices again as memory slips into history."
Read more

"The Lucky Star proves communication can be a great source comfort even in dire situations and it also pays tribute to the importance of tracing and learning about one's family history. See it while you can."
Read more