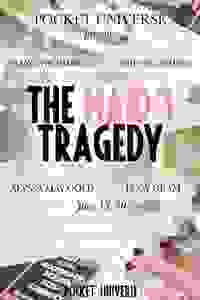 The Pocket Universe presents a new staging of the Jacobean revenge drama, set in present-day Hollywood.

The production reimagines the tragedy as a story of two sisters - a now-female Melantius, film producer, and Evadne , actress - whose different attitudes about sex, fame, and honor collide in the wake of their studio-king's misconduct. Careers are jeopardized and lives are threatened, as everyone contends with one question: when the person in power robs you of yours, how far will you go to get it back?

See it if you to be supportive of a young company.

Don't see it if you expect an accessible theatrical experience. It is difficult to hear the performers and there are confusing elements in the plot.

See it if you love (or are curious about) Jacobean tragedy beyond the familiar Shakespearean.

Don't see it if you cannot tolerate plays in early modern English, or plays with a high body count. Read more

Don't see it if You prefer revised classical plays: many of the extended monologues could've been edited or cut. The same ideas are repeated a lot.

See it if You can look past the tiny venue and uncomfortable folding chairs, you will see a cast that gives their all. Interesting plot.

Don't see it if you need a set, costumes and comfortable seats.

See it if You are interested in rarely performed Jacobean dramas which are hard to come by in NYC.

Don't see it if If you will be disappointed by a young company being overly ambitious although I personally would like to encourage this efforts.

See it if you wish to discover the work of less well known Elizabethan playwrights performed with passion by a young and mostly female cast.

See it if You know the actors in the show because they are very passionate and dedicated! Like an intimate setting

Don't see it if You are not into Shakespeare language, slow moving plays , , can’t keep up with who is who on the actors changing into several characters

See it if you enjoy good actors playing out intense moral and emotional dilemmas; you are interested in what audiences paid to see 400 years ago.

Don't see it if you don't like to work hard to find the good kernel inside the hard nut. Read more

"The relatively new theater company Pocket Universe deserves praise for attempting Beaumont and Fletcher's rarely seen 1619 revenge play, 'The Maid's Tragedy,' which has prescient relevance in the #MeToo era with its sexual coercion and resulting cover-up. However, as conceived by Alyssa May Gold (who acquits herself well in the title role) and directed by Lucy Gram, the production does almost everything it can to sabotage an audience's being able to follow this unfamiliar Jacobean play."
Read more

“The insightful concept is at odds with the show’s retention of the authentic Jacobean language and its references to Rhodes...In its ambitious production of this rarely-seen 17th-century classic, where Pocket Universe excels is in delivering the full-blown emotion, impact, and import of 'The Maid’s Tragedy' through impressive acting and direction, and an acute awareness of the universality of its themes and their profound resonance in today’s world."
Read more

“What most struck me about ‘The Maid’s Tragedy’ was how director Lucy Gram played this ancient play for its timeless message…It is not for every theater lover, especially because of the density and pacing of its language. Throughout history, 'The Maid’s Tragedy' has torn critics between absolute, blinding praise and complete confusion and indifference. It will do the same for its audience, but, at least, it has a strong cast of actors to make you bask in talent.”
Read more