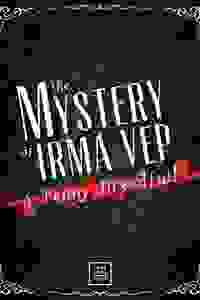 The Mystery of Irma Vep NYC Reviews and Tickets

When an Egyptologist's wife is attacked by a vampire, it leads to a mummy resurrection and a werewolf hunt. The sympathetic werewolf, the vampire, and an Egyptian princess brought back to life all join in the fun of 'The Mystery of Irma Vep.' TP&Co. revives this campy, creepy comedy satirizing several theatrical, literary and film genres.

See it if Tacky, homemade set and costumes; silly incomprehensible plot; two men playing multiple roles as a farce; didn't work for me.

Don't see it if You expect a professional quality show; you don't like broad farce.

See it if You enjoy watching comedic actors playing their hearts out. The actors made this show for me.

Don't see it if you're looking for a plot that makes sense, or has humor that comes naturally from it; a lot came from forced lines

Don't see it if your time is valuable

See it if you enjoy farcical, campy humor with horror and mystery elements.

Don't see it if you don't enjoy having two actors play eight characters or if you want your plays to be more polished.

See it if you enjoy high-camp, shameless satire, and a quick-change tour de force!

Don't see it if you take yourself too seriously.

See it if Oh my gosh this two man show is HILARIOUS!! Cleverly scripted and amazing fx.

Don't see it if If a touch of raunchy humor and men in drag is not your thing.

See it if you like camp, cross-dressing and parody.

Don't see it if you prefer your comedies mainstream.

"Tyler Nye and Dominic Sellers do a fine job portraying all the characters. They are both highly proficient and talented actors who never cease to be entertaining...If you are looking for a way out of your mundane, humdrum existence, a good first step would be seeing Charles Ludlam's campy comedy."
Read more