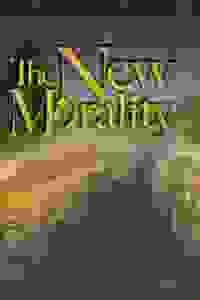 The Mint, producer of "neglected plays," presents a light comedy; a memorable excursion aboard a houseboat on a fashionable reach of the Thames in 1911, the hottest summer on record.

Betty Jones has been simmering for weeks, watching her husband make an ass of himself by paying excessive attention to their neighbor, Muriel Wister. Betty finally boils over and tells Muriel exactly what she thinks of her—using bad language. Muriel's husband, Mr. Wister attempts to apologize on behalf of his wife, but Betty absolutely refuses to oblige. The Mint Theatre Company has a mission of discovering forgotten gems, plays that have been rarely or never produced, and creating connections between the past and the present.

See it if delightful 2015 revival of Harold Chapin comedy of manners set on fashionable houseboat in Thames in 1911. Streamed in July 2020 pandemic.

Don't see it if you'd dislike a WWI era comedy of manners, but really it's very funny indeed. See it if Mint streams this lost classic again. Read more

See it if you want to see a deliciously funny British show that has themes we can all relate to.

See it if You like classic English humor and good dialogue.

Don't see it if You can't appreciate period pieces or monologues about morality and old school ethics.

Don't see it if you find British Accents difficult

See it if you want to see a strong feminist play of which the themes are still relevant.

Don't see it if You don't like the slow burn of a plot or multiple monologues.

Don't see it if Dislike the above

See it if you like period dialogue, sets, and costumes. It's extremely dialogue heavy with comedic moments. 3 short acts with 2 10 min intermissions.

Don't see it if you can't understand British accents. you want something modern. you want to be challenged, you want to think.

"The writing is charming and finely observed, with only a tinge of must. The direction by Jonathan Bank, is appealing and apposite. The acting is adept...But ultimately the play isn’t especially high-proof, too tidy and conventional. The arguments about men and women and marriage seem intended to surprise; they don’t."
Read more

"Like a flute of champagne left out in the sun, the vintage play 'The New Morality' (1911) starts off scintillating but ultimately falls flat...Even if the play itself has outlived its moment, the actors—including a superfluous solicitor and the requisite servants—are all excellent and very believably cast, as if plucked from an early 20th-century edition of 'The Tatler'...There are more tiresome places to spend a sultry day on the water."
Read more

"Jonathan Bank directs the fine cast with the right balance of thoughtfulness and silliness. Meaney is wonderful in the central role, showing consummate humor, feeling, and intelligence. But, in a surprising twist, the playwright puts his theme in the mouth of a drunken upper-class twit, and Ned Noyes nails the big scene."
Read more

"'The New Morality' is honored with a lavishly crafted production...But the play itself leaves much to be desired...The wafer-thin 'New Morality' can hardly compare with the alternately funny and thought-provoking work of other playwrights from the time, like George Bernard Shaw. Perhaps that explains why it played for less than a month upon its first New York outing, and has remained on the shelves since."
Read more

"A splendid and gracefully directed production is fully of subtle wit and progressive rumblings to go with its remarkably simple, yet for its time quite intriguing, plot...While the premise may not seem enough to fill out an evening, Chapin writes with extreme economy. The first act takes up hardly a half-hour and the next two are barely longer."
Read more

"The program notes for 'The New Morality' call it a 'tempest-in-a-teapot' comedy. I'm afraid that the tempest is barely a squall and the tea is exceptionally weak...Under Jonathan Bank's suave direction, 'The New Morality' has all the polish we've come to expect from Mint productions...But surely the Mint will soon find some light comedies with something more substantial to say."
Read more

"Anyone who has had the pleasure of seeing any production of the Mint Theater Company will not be surprised to hear that artistic director Jonathan Bank and his colleagues have done very, very right by 'The New Morality'...Jonathan Bank’s direction is well-nigh pitch perfect, though I’ll admit I wasn’t sure about that at first...That said, if the production is flawed in any respect, it’s a miscalculation on the part of lighting."
Read more

"While Jonathan Bank’s production is elegant and polished, this diverting play unfortunately seems lightweight and thin today...The Mint Theater continues to present elegant and sophisticated revivals of forgotten plays from the turn of the last century. Jonathan Bank’s production of 'The New Morality' is no exception. While the comedy is certainly diverting, this does not seem to be a lost treasure like many of the plays that the Mint has uncovered."
Read more