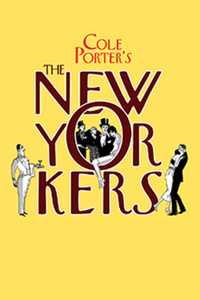 Bullets fly and bathtub gin flows in this gleefully amoral celebration of speakeasies, gangsters, society dames, and the great city they love. The show centers on featherbrained socialite Alice Wentworth, whose bootlegger beau leads her on a madcap romp from Park Avenue to Sing Sing and back again. Although 'The New Yorkers' produced a number of standards—'I Happen to Like New York,' 'Love for Sale'—much of the original material has been lost, making this Encores!’s most ambitious musical reconstruction ever.

See it if you don't need plot or characters to have a good time. TNY has some great music, clever lyrics, snappy dialogue, animated choreography...

Don't see it if strong voices, swell costumes, a solid orchestra. But, I repeat, it doesn't have a plot. Still, lots of fun. CP writes fine anthems for NYC.

See it if 1930 is back again. the patter song. the topsy turvy the corny jokes,the songs the era.. all brought back in true Encores tradition...

Don't see it if if you need the here and now. This is for those who remember or want to. The Audience was enthralled

See it if you love the American Song Book or enjoy music that makes you want to sing along, tap your feet & leave the theater feeling great.

Don't see it if you hate musicals. The plot makes no sense being an excuse to sing and dance with no redeeming social value.

Don't see it if though a great period piece, this is ultimately no more than escapism; like champagne bubbles, it just floats away

See it if you want to see what a show-stealing performance looks like. Arnie Burton is a treasure and holds the audience in the palm of his hand.

Don't see it if you're expecting top-level Cole Porter wit and tunes. Some of these bits just fall totally flat.

See it if You enjoy musicals. This one is only around for 6 performances so go see it. Very silly. There are some great musical numbers. Nice costumes

Don't see it if You want to see a serious play. If you don't like musicals. if you are not interested in seeing a rarely seen early Cole Porter show.

Also There were a surprising number of not that great songs. You think "Cole Porter wrote this? He sure got better as he went along!" It has a terrible, ridiculous plot. But the showstoppers were fun. "I Happen to Like New York" was great.... Read more Read less

See it if Encore Series shows have only a brief run. Unfortunately the last performance of The New Yorkers was last night.

Don't see it if Anyone who likes Cole Porter style music and musicals would love this show.

Also Kudos to Encores for attempting something a bit different from their usual approach.... Read more Read less

Don't see it if Iconic Porter songs -- Love For Sale; I Happen To Like New York. Kevin Chamberlin makes the Jimmy Durante part and comic songs his own.

See it if you enjoy great old chestnut musicals

Don't see it if you don't

See it if you are interested in New York characters in the 30s and want an enjoyable musical with good singing.

Don't see it if you do not like period pieces or are not particularly interested in NY stories.

See it if you are curious about a so called lost Cole Porter show. The show is a pastiche of his songs of which many are not from the original.

Don't see it if you are not a musical theater buff. You'll sit there wondering why, except for the name Cole Porter, it was revived.

See it if you're a fan of Jazz-Age-New York, Cole Porter tunes, and nostalgia-inducing plays that are heavy on singing and dancing and short on plot.

Don't see it if you don't want to see a musical reconstruction of wordplay and wit. It will quite possibly be the only time you get to see this production.

See it if you want a break from many of the downers currently popular on stage. This is a mindless confection which is a relief from the news.

Don't see it if you don't care about the history of our greatest art form, the American Musical. If you're looking for meaning, plot, or takeaway, don't go

Also Lucky Porter fans get a triple dose of the master this month--Anything Goes at MT, this, and later DuBarry Was a Lady again at MT.

This show is silly fun, and doesn't pretend to be anything else. The cast uniformly was terrific, and the show was CRAMMED with great songs. Direction was superb, and while several jokes fell flat, some had inside meaning, which was all the more delightful.

This show will make you understand the phrase "businessman's show"--lots of chorines singing and dancing their hearts out. From the opening chord of the overture, I was in heaven, where I remained for 2 1/2 hours. This is a real treat for Porter fans--we won't see this show again, no doubt, and songs were interpolated intelligently.

If Hamilton's your thing, this won't be. Nevertheless, catch it if you can--Porter's songs are as fresh as a fistful of daisies, and if you're not moved by the anthems to this great city, you shouldn't be living here.

See it if if you love Cole Porter's music, with some Jimmy Durante tunes (who knew?) thrown in.

Don't see it if you're looking for something profound. Throwback to the 'thirties.

Don't see it if You want to see cutting edge modern

See it if you enjoy a bad evening of musical theater.

Don't see it if you have something better to do with two and a half hours of time and the money to spend on a better theatrical experience.

See it if you want to see a rare Cole Porter musical with a silly story, but great singing and tap dancing. A old fashioned feel good musical.

Don't see it if you don't like silly musicals where the story is paper thin, but the singing & dancing make up for it.. A chance to see a lost gem.

See it if You are among the people who happen to like New York, and want to see an over-the-top comedy about some 1930s New Yorkers.

Don't see it if You haven't the patience for old musicals, don't like NYC.

See it if You are a fan of musical pastiche full of boring stereotypes that aren't entertaining. I felt sorry for the cast. Costumes didn't help.

Don't see it if You expect first class productions and entertainment from Encores!

See it if You love Cole Porter, madcap zany films from the 30's, fab choreography and martinis - lots of martinis

Don't see it if effervescent escapism is not your thing -

See it if You want to experience an entertaining 1930's review. You want to discover some great new musical talents: Stratten, Mutu, Burton & Aimee.

Don't see it if You require a plot to bear a relationship to reality. You don't like Cole Porter. You want your theater to be "serious".

See it if good singing and dancing. The show is very dated

See it if like old-fashioned musicals; it's middle of the road Cole Porter; cast does what it can with a weak script; songs are good, some classics

See it if you are a big Cole Porter fan, or like to see all the Encores! shows

Don't see it if you are put off by a rotten book with songs shoehorned in randomly.

Also I feel like this is a fine production of a terrible show. Not sure what else they could do with it. I think this one is beyond saving.... Read more Read less

"Directed by John Rando, with a choice cast of singing shtick artists, 'The New Yorkers' makes the most puerile silliness seem deeply sophisticated and high sophistication look sublimely silly...This blithe and boozy production is a product of painstaking theater archaeology...Porter’s impeccable...
read more
Get Alerts Alerts On Alerts Off
"Don’t let the lovely silvery MGM draperies fool you, nor the silky gorgeousness of the orchestrations: 'The New Yorkers' is a clumsy, instructive, disorganized, high-tone, low-tone, witty, ridiculous mess...What 'The New Yorkers' is really about is seeing what, if anything, will stick. Not much ...
read more
Get Alerts Alerts On Alerts Off
"It’s an eyeful and an earful, a total delight...Freed from their usual commitment to restoring forgotten musicals to their original form, Viertel, along with director John Rando, music director Rob Berman, choreographer Chris Bailey and a design team run riot get larcenous not only with the Port...
read more
Get Alerts Alerts On Alerts Off
"The resulting product — made up mostly of second-tier selections from the Porter catalog, sprightly dance sequences, ancient jokes and a dragging, labored, outright idiotic book — was probably not worth the effort, especially since all of the songs can easily be enjoyed outside the context of th...
read more
Get Alerts Alerts On Alerts Off

Cole Porter
Composer
Get Alerts Alerts On Alerts Off

Cole Porter
Lyricist
Get Alerts Alerts On Alerts Off 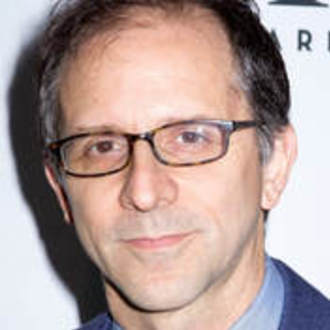 John Rando
Director
Get Alerts Alerts On Alerts Off 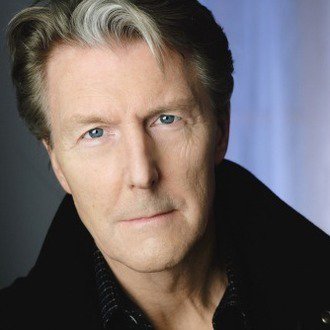 Byron Jennings
Cast
Get Alerts Alerts On Alerts Off 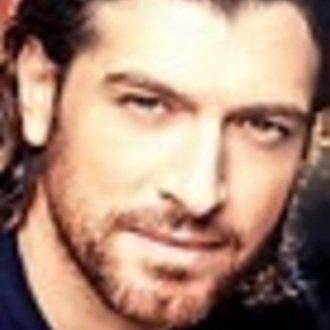 Tam Mutu
Cast
Get Alerts Alerts On Alerts Off 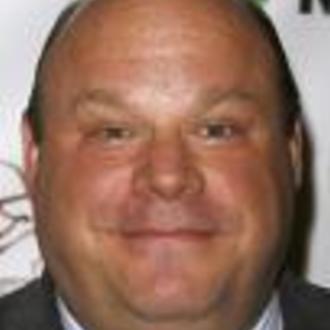 Kevin Chamberlin
Cast
Get Alerts Alerts On Alerts Off