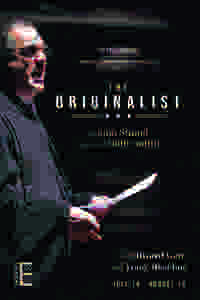 When a bright, liberal, Harvard Law School graduate embarks on a nerve-wracking clerkship with the conservative Justice, she discovers him to be both an infuriating sparring partner and an unexpected mentor. How will their relationship affect one of the most incendiary cases ever to reach the nation's highest court?

See it if Ed Gero doe a masterful job of portraying Supreme Court Judge, Antone Scalia's human side and deep thinking side. Intermissionless hour half

Don't see it if Show goes bye quickly. If you like musicals or are intolerant towards conservatives.

See it if you enjoy an intelligent drama about the late Judge Scalia. The dialogue is intelligent and intense. This show grips you.

Don't see it if you are an intolerant liberal without an open mind and hate Scalia.

Also This drama portrays many points of views so persons of different political views can enjoy this show. People of different views are portrayed respectfully. The acting is superb and the setting very effective. Keep an open mind when you see this show.... Read more Read less

See it if you're interested in Scalia as a multi dimensional person/in the law & our constitution; you're curious to understand why RBG loved him.

Don't see it if you've no interest in the law or sitting through discussions from people with opposing perspectives; cannot keep an open mind about Scalia.

See it if you enjoy intelligent andprovocatoive theatre. A stunning tour-de-force performance by Edward Gero as Scalia.

Don't see it if you are not interested in political dramas that show the two political sides of our nation.

See it if A look into the brilliant mind of Antonin Scalia interests you. He goes up against also brilliant law clerk. No one wins.

Don't see it if Overacted plays upset you. Brilliant (again) subtleties are bandied about loud & hard & contest of opinion is only academic. Lawyers love it

See it if An interesting backstage look at the Supreme Court and Scalia. Some witty exchanges with a foil of an intern.

Don't see it if You don't want to see the gears turning. I felt it was too clear that we are carefully and effectively being manipulated. I should't feel it

Also I wonder if Scalia indeed used the displayed technique of arm crossing. I have never seen someone perform it in that style. I suppose it was a distinct quirk of the justice.... Read more Read less

See it if you have feelings one way or the other about Antonin Scalia. Gero portrays him masterfully showing his character and humanity.

Don't see it if serious drama is your preferred theater experience.

See it if You enjoy two-handers. (yes, it's technically a three-hander but it is at heart a two-hander.) You are a political junkie.

Don't see it if You like shows with naturalistic acting. You are looking for an intelligent look at law and those who interpret it.

Also Speaking on Verdi Edward Gero, as Antonin Scalia, exclaims that, "The notes are the notes. They are exactly what the composer composed, now and a hundred years from now."

Unfortunately The Originalist could do with a few notes being moved about.

Gero is charming as the showboating justice but his charisma is hampered by an uninspired script.

Tracy Ifeachor, as Cat, has the thankless job of delivering dialogue that no human being would ever utter to another human being. And while she is game, she does not manage to make the dialogue convincing. Cat is an ideology made human. An anthropomorphism of liberalism. As a character, she is given only an ailing father to ad depth and pathos.

The script is also filled with coy nods to future events. (I.e. Trump) These bolster the sit-com feel of the show and detract from the story.

There is definitely a good show to be had from a thorough re-working of this concept. But as is, it's a long hour and forty-five minutes.

Don't see it if you only like musicals or comedies; if you have no interest in a marvelous portrayal of Justice Scalia and his ideas

See it if You like good acting & hope for civil discourse despite increasingly divided political views. Excellent portrayal of Scalia.

Don't see it if You don't care a whit about the U.S. Constitution or how it should be interpreted by the Supreme Court.

See it if You're looking for a smart, beautifully written and exquisitely acted powerhouse.

Don't see it if You don't like long shows without intermission or shows that are primarily dialogue-based.

See it if You like intelligent, relevant and trenchant exchanges on the left/right divide in the US and want to try to understand the US Constitution.

Don't see it if You do not like 'wordy' plays which require close attention to the dialogue.

See it if You like making the acquaintance of an interesting and colorful character with clever dialogue and great acting.

Don't see it if You don’t care for plays about the law and an ultra right conservative judge.

Don't see it if . you are disinterested in contemporary politics and not open to different points of view

See it if you are interested in biography and well written theatre. Intellectually stimulating theatre. Provocative theatre.

Don't see it if You don’t care

See it if You are interested in a glimpse into the mind and heart of an ultra conservative Supreme Court Justice.

Also I just wonder if the portrayal of Scalia was close to reality.

See it if you would enjoy hearing rather undeveloped legal combat between an originalist and a liberal on recent hot button issues; lawyer catnip

Don't see it if you want a play with a realistic plot and real drama; this was more of a formulaic, intellectual slugfest between stereotypical characters

See it if A fictionalized play about Justice Scalia, which successfully articulates his philosophy and humor. Excellent performances and worth seeing.

Don't see it if Use of an artificial dramatic devise of imagined relationships to delve into political issues of the time.

See it if you would be interested in the meeting of the minds between two highly intellectual but polemically opposed individuals.

Don't see it if You can't be politically open-minded enough to see both sides well presented and portrayed.

Also Edward Gero is exceptional is this production. I'm so glad we had the opportunity to see this play and hope it continues to be produced and perhaps even expanded.... Read more Read less

See it if You're interested in politics and are lean either far to the left or right. This play does a great job at bridging the divide. So great

Don't see it if You're looking for something light in content. It's dialogue-heavy, yet so well-written. A beautiful evening at the theatre

See it if An evenhanded political drama that makes Justice Scalia seem thoughtful human being without embracing his philosophy. Scalia seems present

Don't see it if Hard to accept premise that a law clerk could debate a Justice on such equal terms. Arguments sometimes seem forced and simplified.

See it if You are interested in the law, the constitution, and a look inside the supreme court from the point of view of a justice and a clerk.

Don't see it if If you are bored by the law and politics.

Also The performance of Tracy Ifeachor is excellent. She shines in the role of Justice Scalia's clerk.... Read more Read less

See it if I was so so surprised how interesting this play was! Interesting political writing. Justice Scalia.. Very well acted.

Don't see it if If you like fast moving, musicals, big staging & if you don't want back & forth sparring dialogue, politics

Also Sometimes a little slow for some.

See it if The actor's portrayal of Scalia is terrific; the two foils are fine but stereotypical. The personal story is an effective tear-jerker.

Don't see it if The treatment of serious constitutional issues (guns, gay rights) is superficial and relies on histrionics not analysis; and it's slow-going 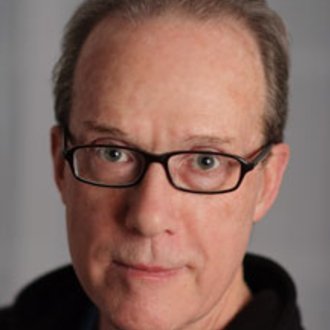 John Strand
Playwright
Get Alerts Alerts On Alerts Off 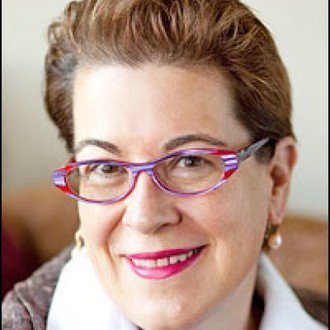 Molly Smith
Director
Get Alerts Alerts On Alerts Off 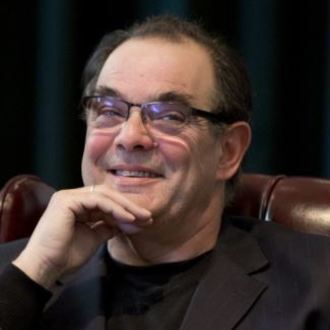 Edward Gero
Antonin Scalia
Get Alerts Alerts On Alerts Off 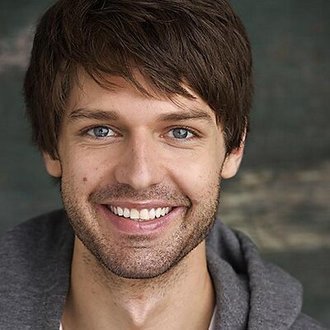 Brett Mack
Cast
Get Alerts Alerts On Alerts Off