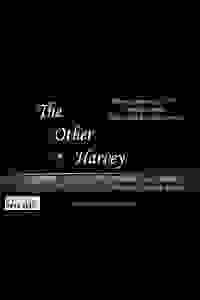 View in admin
The Other Harvey
NYC: Midtown W
75
Score it Scored!

The Other Harvey NYC Reviews and Tickets

In ​Randomly Specific Theatre's new comedy, an actor starring in an Off-Broadway revival of the play 'Harvey' begins to have hallucinations of his own.

It’s a very exciting time in Tom’s life. Not only is he starring in a play, but his wife is about to give birth to their first child. And Tom’s absolutely terrified. He’s convinced himself he’s going to be fired from the play and he’s unsure if he’s ready to be a father. With a baby on the way and his job on the line, it’s enough stress to make any sane person start hearing and seeing things…​

See it if In this play the unseen rabbit turns into Harvey Fierstein, who helps our hero in life and career as an "actor". The idea is clever.

Don't see it if Execution of this play suffers due to the rather young and green cast. The potential of a great show is there but needs nurture and talent.

See it if A very original idea. Great Script.

Don't see it if Plays about the theatre world aren't your cup of tea.

See it if Like inside theater plays. Enjoy angsty young people and theater types. Know the original Harvey, play or movie.

Don't see it if Want to see a big budget show or musical. Don't like theater jokes or plays that make fun of actors and their foibles.

See it if You like plays about the Theatre community.

Don't see it if You like drama. Read more