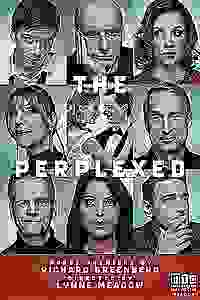 In Tony winner Richard Greenberg's biting new play for MTC, two families, whose lives have been tumultuously intertwined for decades, gather to celebrate the nuptials of their children.

Two families, whose lives have been tumultuously intertwined for decades, gather in the massive library of a Fifth Avenue apartment to celebrate the nuptials of their children. Nothing goes smoothly and as the big moment approaches, the burning question is: can everyone put aside long-smoldering jealousies and deep-seated grudges and just get through the ceremony? The Perplexed, a bitingly witty new play, reunites Tony winner Richard Greenberg with MTC’s award-winning Artistic Director Lynne Meadow (The Assembled Parties, Our Mother’s Brief Affair).

See it if The set outdoes all of the previous outstanding sets at M.T.C. Great to see so many of our favorites in the cast

Don't see it if Trying too hard. Little action. Relationships muddled. Could use some cutting

Don't see it if Are looking for intelligent theater . Play uses many Yiddish expressions that might go over your head

See it if you like exploration of 2 families, their interactions & conflict, effect of an evil patriarch with excellent acting & production values.

Don't see it if you dislike a verbose script, characters that, at times, do not seem "real" & annoyingly complex soliloquies that go on too long.

See it if and only if you are HUNGRY to see Margaret Colin, Gregg Edelman and Frank Wood on stage.

Don't see it if you are easily BORED, hungry for a story where something interesting happens, or where hoping for a 1930's style stage screwball comedy.

Also Playwright Richard Green has dazzled audiences with such plays as Eastern Standard, Three Days of Rain, and my favorite of his works, Take Me Out. A masters of such works should be ashamed to add The Perplexed to his rooster of produced works. In fact, I'll go as far as to say that I'm "PERPLEXED" that he wrote such a DISAPPOINTING play as The Perplexed. It makes me wonder how "perplexed" he was to crank out such a piece of garbage. It's simply downright PERPLEXING!!!!!... Read more Read less

See it if Unnecessarily complex family drama taking place off and on stage with a cast of ten characters with a lot of back-story.

Don't see it if Intellectuals philosophizing at a family wedding, with a lot of speech writing --and underlying drama.

Also This potentially fun complex family drama about two upper-class Jewish families in Manhattan with a lot of shared history and family feuds could have been great, but too many characters, too many threads, too much back history made this confusing enough to lose impact. The yiddishisms were embarrassing--they stuck out, why? They just sounded awkward and mispronounced. ,... Read more Read less

See it if you like family comedies even if the story doesn't ring true.

Don't see it if you want a tightly written script that is understandable.

Also I was disappointed in the direction of the play. I always enjoyed Lynn Meadows work. The play need a lot of work.... Read more Read less

See it if You want to see a play with a lovely set and good acting. This play was truly perplexing - was that the point?

Don't see it if You want any type of theatrical 'experience' or revelation. This is just lots of talking for a very long time.

See it if You are into family doings and have nothing better to do for 2 hours and fortyfive minutes!

Don't see it if Very disappointing and boring. Could!t wait for it to be over. Don’t waist your time!

See it if you like spending time with spoiled, rich, pretentious, narcissistic people who occasionally say something witty. Beautifully appointed set

Don't see it if Few laughs or clever lines--rambling with no clear purpose or reason to be. Frank Wood is the only one that might make you feel or care.

See it if You like seeing dysfunctional families at war with long and rambling philosophical dialogue in an unrealistic setting.

Don't see it if If wordy, overwritten plays are not your thing.

See it if Contemporary Linear dramas with an infusion of comedy.Extra points for the magnificent set of the library. Complex character development.

Don't see it if Unable to deal with foibles of Manhattan limousine liberals with .

See it if You are a Richard Greenberg fan.

Don't see it if You are a Richard Greenberg fan. You will expect something much better.

Also This play is extremely talky and does not go anywhere. Some of the characters are so annoying that you are happy to see them go offstage. The plotline was boring!... Read more Read less

See it if you're interested in a 2 1/2 hour character and relationship study. It has good parts, but...

Don't see it if you want a crisp, well-edited play.

Also First of all, great set. The basic idea of the play is good, but there were too many times when I felt I was watching actors reciting lines, not characters speaking to one another. I hate that I'm saying this, but it really just has too many words.... Read more Read less

Don't see it if if you like plays with high stakes , action, and want to care about the characters

Don't see it if Want a musical or a deeply relevant play. Don't like shows with lots of talk and dizzying comings and goings and relationships.

See it if you enjoy Mr. Greenberg's writing and family dramatic comedies performed by a large talented cast.

Don't see it if you prefer shorter (90-minute, no intermission) plays that are more action driven.

See it if You like new ensemble based plays.

Don't see it if You want a play with a driving plot.

Also Characters enter and exit and sometimes sit around while others talk, about they all seem like thinly drawn archetype. The play is very long for having little plot.... Read more Read less

CALL ME POP
New York City
65+ | Male
66 reviews
Get Alerts Alerts On Alerts Off
30
Slow, Insipid, Confusing, Banal, Maybe this is greenberg's attempt to update "dinner at eight" ... sadly, it's a great big nothing-burger with all the fancy fixin's: all-star cast, elaborate set & costumes ... lights are on, but no one is home.
March 6th, 2020

See it if you like the actors (who are all fine) & are a richard greenberg fan ...you like old-fashioned, two-act comedy/dramas, that are polished.

Don't see it if you value your time. at two & a half hours, this is overlong by one hour & one intermission.

Also you enter the theater & are met with a gorgeous, elaborately detailed set ...surely something very special is in store. you flip through the playbill & see a talented cast w/impeccable credentials. the lights fade & a charming jazzy tune fills the air ... and then PHFFFFFT! this promising soufflé collapses from the moment the first words are uttered. little by little, the secrets & scandals & dissatisfactions of two feuding upper crust families are revealed in a play that is a creaky, boring, talky, pretentious, desultory mess. sometimes the dialogue is witty or sardonic, sometimes deep & philosophical, sometimes raunchy ... ALWAYS BORING. nothing to care about here. it's a sad state of stagecraft when the most interesting character in the play is the off-stage/never-seen despicable, decrepit grandfather of the bride, a life-long provocateur, ruthless tycoon, & sexual predator. Frank Wood delivers the play's most nuanced & sympathetic performance. Gregg Edelman's talents are wasted.... Read more Read less

See it if if you want to see an intelligent playwright satirize some current practices and value systems. If you appreciate biting witty dialogue.

Don't see it if if you don't want a bit of a dizzying cast of characters and some implausibly-stretched scenarios.

See it if good acting but tedious and confusing

Don't see it if not worth seeing

Don't see it if You have great expectations about the script or the characters. Too much chatter and not enough significance.

See it if Dated and confusing family slapstick

Don't see it if Dated and confusing family slapstick

Don't see it if There is quite a bit of over acting, probably because the show itself doesn’t have much to it.

See it if You like large casts, good staging.

Don't see it if You prefer more action based stories.

Richard Greenberg
Playwright
Get Alerts Alerts On Alerts Off 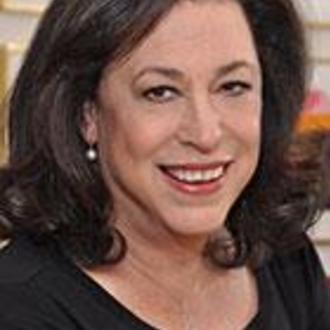