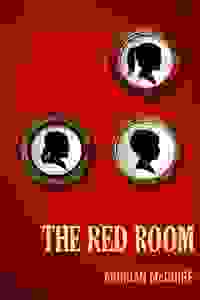 The Shelter presents a new drama about a family reeling from the murders of two of their own.

The Hodges have gathered at a family house in the northern reaches of California. As the sentencing of their son and brother’s murderer nears, questions of justice and forgiveness arise, and the family seeks to sift through what has been lost. As they pull at the threads of these issues, new truths begin to unravel. Co-winner of the Best Overall Play at FringeNYC 2015.

See it if you're into family dramas, have a high tolerance for actors yelling / crying / talking at super speed for 90 minutes.

Don't see it if you don't like the above. Read more

See it if If you are wanting to witness a beautifully acted and written engrossing family drama, with vital and relevant issues.

Don't see it if If you are looking for musical theatre.

“A disconcerting evening of theater in The Shelter's overwrought production...A more modulated approach would allow the debate between the competing notions of revenge and mercy to develop more naturally. The hyperkinetic tenor and performances make for a heightened theatrical experience, no doubt, but what is missing is the darkly comic bite that writers like Sam Shepard and Tracy Letts have been able to capture so well with their similarly-veined dysfunctional family plays.”
Read more

“After a less than engrossing hour of prattling and a too-stylized presentation, in its last 30 minutes 'The Red Room' becomes the powerful family drama it intends to be...Morgan McGuire takes this dramatically fertile collective anguish and has written a play that is uneven...Director Snyder fulfills the author’s vision with her fast-paced and solid staging. Ms. Snyder also has achieved fine performances from the cast.”
Read more

“Succeeds in creating a resonant portrait of a family torn apart by crisis and grief. Guided by Jenny Beth Snyder, each cast member makes the volatile emotions erupting throughout this production feel authentic and powerful...Some greater discussion of the brother’s murder and its particulars might have strengthened the plot and emotion of this production, but even as is ‘The Red Room’ explores important questions related to justice and loss.”
Read more

“The intrigue of the plot is built on revealing the facts of the past. A tragic event triggers the conflict to explode...The problem is that from the very beginning the sad and ugly was too close to the surface both in the text of play and the performances. I was numb by the culmination. The same goes for the printed documents in which the stage is sinking. It’s already there, right in your face, so when the two younger siblings finally address it towards the end, there is no wow-effect.”
Read more