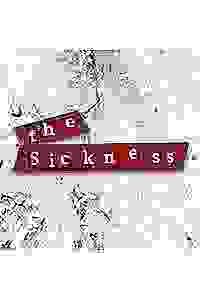 View in admin
The Sickness
NYC: Soho/Tribeca
51
Score it Scored!

The Sickness NYC Reviews and Tickets

Set in the Lower East Side in the 1990s and early 2000s, this new work is loosely based on real experiences and follows the structure of Homer's "The Odyssey."

"The Sickness" follows the idea of The Odyssey, only aboard a Ship of Fools, without beginning or goal, going nowhere, lost in mad pursuit of an Ithaca that cannot be found, sailing only for the incontinence and lunacy that waits at the frontiers of the “visceral rush of oblivion.”

See it if You enjoyed a sad & depressing drama on drug addiction with an experimental theatrical touch.

Don't see it if Drug addiction is not a topic that would bring you to the theater.

See it if Don't. It seems to be trying to maybe show what junk time is like: confusing/repetitive/boring/poorly lit/semi-nonsensical. The cast is ok,

Don't see it if the play isn't - it's 80 min that feels like 200. Not enjoyable in any way & not unenjoyable in a way that you'll appreciate. A big misfire

See it if You’re curious about heroin addiction: a death trip on a long bath tub ride to nowhere, escorted by a Peewee Herman look-alike Grim Reaper.

Don't see it if You don’t like shows that make you feel uncomfortably numb & lacking in compassion for those who stumble into the death spiral of addiction. Read more

See it if you wish the drug withdrawal scenes in "requiem for a dream" or "trainspotting" could be less artful and more repetitive/boring.

Don't see it if these folks clearly have acting talent, but this play is not good. I wasn't offended or shocked by the content, I was bored.

See it if you are up for an intense, up close and personal night of barfing, drugging, moaning and groaning in an almost pointless play about pain.

Don't see it if you cannot stand staring at a toilet bowl, and bathtub and two sick, sad, moaning drug addicts with no intermission.

See it if "X" & "Y" are coupled by the thrall of euphoria or withdrawal. No needles, just forehead thwaps. "This is nobody home/Junk kills your soul"

Don't see it if Junkies have vasts amount of time to reason in this solemn affair:"Did you ever see the soul bleeding,to death, methodically, slowly dying?" Read more

See it if You're a great fan of 60's B&W surrealistic french cinema.

Don't see it if You've ever seen any other depiction of addiction. Read more

See it if you like experimental theater and very strong acting.

Don't see it if you’re looking for uplifting entertainment; this is is an intense depiction of addiction.

"As a piece of literature, 'The Sickness' has promise but as a play it is brutal to sit through. When X and Y finally overdose, everyone gets to go home, perhaps a little more grateful for their own good fortune but no less judgmental of drug addicts than they might have been upon arrival."
Read more