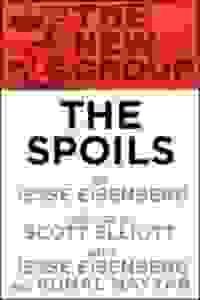 The Spoils NYC Reviews and Tickets

The New Group presents the world premiere of Jesse Eisenberg's highly personal comedy about a man who sets out to win the heart of his grade school crush.

Nobody likes Ben. Ben doesn’t even like Ben. He's been kicked out of grad school, lives off his parents’ money, and bullies everyone in his life, including his roommate Kalyan, an earnest Nepalese immigrant. When Ben discovers that his grade school crush is marrying a straight-laced banker, he sets out to destroy their relationship and win her back.

Don't see it if You want an ending that doesn't feel forced and contrite.

"An engrossingly acted, impeccably staged production...'The Spoils' needs the fully thought-through, richly acted production it has been given. On the page, it comes across as almost as aimless as Ben. Yet Mr. Eisenberg’s acting experience serves him well as a playwright, and his clever, frantic dialogue assumes an irresistible authenticity when it’s spoken by the right actors."
Read more

"This work is far from a vanity project. The plays themselves are good, and getting progressively better...When Ben’s crap inevitably hits the fan, 'The Spoils' counterbalances it with decency. In Eisenberg’s intensely awkward performance, Ben is both repellent and riveting. He’s a self-dramatizing tragedy: a terror and a pity."
Read more

"The result is like watching a YouTube loop of some hapless jerk jumping into a frozen pool, over and over. Eventually you begin to wonder if the play was expressly designed to produce this series of extreme mortifications...Perhaps that’s irrelevant. But even looked at as an anonymous text, 'The Spoils' disappoints... At this point, Eisenberg hasn’t found a way to make even his best shtick very resonant."
Read more

"Eisenberg plays his twitchy, overbearing character to unsurprising perfection, but it's hard not to wish he would go in a different direction in his future writing endeavors...'The Spoils' seems far too intent on leaving a sour taste in your mouth without being particularly illuminating."
Read more

"While the idea of an unlikable protagonist pushing everyone away isn’t a novel one, Eisenberg uses it to take the audience to some interesting, even enjoyable places. But it’s also one of those plays where, within the first 10 minutes, you know exactly how it’s going to end. 'The Spoils' doesn’t possess many surprises, but unlike Eisenberg’s protagonist, it still achieves a lot of its potential."
Read more

"The cast is terrific and director Scott Elliott finds it in his heart to extend some compassion to Eisenberg’s perfect little beast...And while 'The Spoils' is more of a 'Day in the Life of …' character sketch than a fully constructed drama, it leaves us wanting to find a kind way to put Ben out of his misery."
Read more

"Speedily directed by Scott Elliott, this New Group production barrels through, and the young cast navigates the dense dialogue and snarky remarks with expert ease. The one caveat is a scaredy last-minute cop-out, as if Eisenberg couldn’t quite face what he’d wrought. Still, for the first time in his short career as a playwright, we can’t wait to see what he’ll do next."
Read more

"An unpleasant play can still be satisfying. But an aimless one? Not so much. 'The Spoils,' a modern Manhattan dramedy with a mean streak wider than Broadway, falls, alas, into both categories...Antiheroes can be intriguing. But Ben’s not fascinating... A last-ditch effort to humanize and redeem him doesn’t do it."
Read more