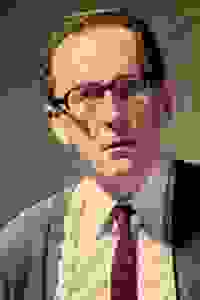 View in admin
The Tailor of Inverness
NYC: Midtown E
Score it Scored!

The Tailor of Inverness NYC Reviews and Tickets

"The Tailor of Inverness" is the story of a boy who grew up on a farm in Galicia and came to be a tailor in northern Scotland.

Matthew Zajac's internationally acclaimed, multi-award-winning play follows this farm boy from Galicia, who was taken prisoner by the Soviets in 1939 and forced to work east of the Urals, then freed in an amnesty after the German invasion of the Soviet Union in 1941. He then joined the thousands of Poles who travelled to Tehran, then Egypt, to be integrated into the British Army, fighting in North Africa and Italy. He was then resettled in Britain in 1948, joining his brother in Glasgow. This story of journeys is about a son's search for his father, about 20th century Europe, about of deception, identity and survival.

"Matthew Zajac has a ghost story for you. And an adventure story and a detective story. It’s all the same story, apparently a true story, his and that of his father, who eventually settled in Inverness, Scotland. What happens before that and also long after are the subjects of his impassioned but unfocused solo show...Mr. Zajac never quite manages to sort through the tangled skeins of his father’s life, and for a long time, neither he nor the director quite manages to sort out the skeins of his own play."
Read more

"'The Tailor of Inverness' is a must for history buffs and Anglo-files alike...It's a intimate evening of storytelling, littered with creative storytelling techniques...Zajac is truly a visionary."
Read more

"I cannot imagine the psychic price Matthew Zajac must pay to portray his father, but he does it honorably and well, rendering him as a genial and spellbinding storyteller...'The Tailor of Inverness' is the tale of a youth spent in a world gone mad, and, without excusing him, it implicitly dares us to wonder, Would we have done any better in such chaotic, perilous circumstances?...'The Tailor of Inverness' never strays into melodrama or sentimentality."
Read more

"There are times when 'The Tailor of Inverness' does drag a bit as it attempts to balance explanations of geopolitics. But the central performance is never less than compelling, and the play overall gives us a view of the impact of World War II on a segment of its victims whose stories we do not often get to hear."
Read more

"'The Tailor of Inverness' is the compelling and often haunting story of playwright Matthew Zajac’s inexhaustible search for the truth about his father...This information is provided through a powerful and engaging performance...There are times the repetition in Mr. Zajac’s story threatens to distract from the power of his intriguing storybut the repetition serves to express the often circuitous path to the discovery of the truth and the often reverberant consequences of that discovery."
Read more

"Sometimes the play falls victim to the confusion it depicts. But if this monologue takes time to come into focus, it finally reveals the rootlessness of a young man without a country, on a continent at war with itself - and the ripples that his decisions cast...Sometimes his narration is too sombre - but elsewhere, the emotional meter is deftly calibrated."
Read more

"It is a daunting task to review a show that has already been lauded, awarded, and been a previous Fringe First winner. However, this is no hardship. Matthew Zajac’s one man show is a riveting tour de force...This is the story of one man, and the story of every man, of humanity. A marvellous piece of theatre."
Read more

"The return of Matthew Zajac’s acclaimed 'The Tailor of Inverness' is a bonus for those of us who missed it first time around. It is a masterly re-telling of his Polish/Ukrainian father’s life, and of his own adult search to fill in the gaps in the all stories he was told by him...There is no trace of staleness in this repeat. Zajac gives an exemplary performance and few will leave unmoved."
Read more