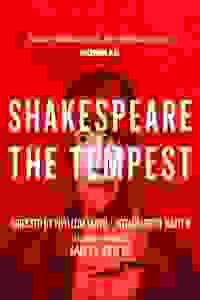 After being exiled for decades to a fantastical island, Prospero unleashes a churning storm to shipwreck the brother who stole his throne. But bitter revenge is upended by newfound love in Shakespeare's classic romance. St. Ann’s has been a proud home for this trilogy, which has ignited a cultural and social conversation about gender, equality, and aspiration on both sides of the Atlantic, as it empowers women to play Shakespeare roles normally reserved for men.

See it if you like Donmar works. Good text cuts, but annoying prison interruptions.Full immersion is impossible. Well acted and well staged.

Don't see it if you want traditional Shakespeare; this is not! I liked the all-female cast, esp'ly Walter. She has the presence to anchor the play.

See it if You want to see a Shakespeare play that challenges traditional gender roles. You enjoy non-traditional staging. You want great acting.

Don't see it if You prefer more traditional interpretations of Shakespeare & staging. You want clear speech-some accents made it hard to understand. Read more

See it if See an exceptionally talented actress in Harriet Walter and a great ensemble cast; experience Shakespeare in a non traditional presentation.

Don't see it if you are a Shakespeare purist; you prefer extravagant sets; the prison setting sometimes intrudes on the story yet also defines it .

See it if you are interested in seeing a Shakespearean play performed in an innovative way.

Don't see it if you don't care for innovation in the theatre. Read more

See it if you LIVE for innovative Shakespeare adaptations and all-star ensemble casts.

Don't see it if don't enjoy non-traditional Shakespeare productions, or Shakespeare in general.

See it if you like Shakespeare or are attracted by Phyllida Lloyd's promising vision. You enjoy the exploration of theatre as artifice.

Don't see it if you have sky-high expectations. Despite Brantley's claim, this is not the best version The Tempest you will ever see. (Ariel is excellent!) Read more

See it if you are interested in alternative approaches to great theater. Harriet Walker is magnificent as she is in everything. No one else memorable

Don't see it if you are looking for entertainment in the usual sense of the word. Not much happens here. it is more about his/her experience of isolation

See it if You like Shakespeare.ingenious staging, innovative approaches to classics, a wonderful evening of theater.

Don't see it if Theater in the round,travelling to Brooklyn,women actors playing traditional men's roles.

"An exhilarating production…I’m talking about the giddy liberation that comes from being caught up in a collective fantasy that makes you forget how small your existence can feel…It is the most purely pleasurable of the trilogy and the most entertaining ‘Tempest’ I’ve ever seen…I rarely stopped to consider that I was watching women playing men. I was too much under the spell of make-believe that is theater, in which a talented person can will herself into any form."
Read more

"It’s not much of a criticism to say that the rest of the cast is not at Walter’s level; who is? But every concept exacts a price, and if your concept is that a bunch of prisoners, with all their diverse accents and perspectives and abilities, is putting on a play, inevitably some of the sophisticated, single-point-of-view beauty of the text is going to be lost…Most of the time, Lloyd’s production seems to be making an excuse for nontraditional casting instead of merely exulting in it."
Read more

"Lloyd’s staging of 'The Tempest' imagines that the play is being performed by an all-female cast of inmates. And as with the previous productions...the approach has its pluses and minuses...The ensemble is headed by the formidable Harriet Walter, giving a superb performance as the magician Prospero...Despite the actors’ fine efforts, the meta-theatricality of it all—winked at when one of the characters complains about 'postmodern shit'— proves more gimmicky than enlightening."
Read more

"The prison concept does not always serve the play well, but it reflects its themes of physical dislocation and overcoming destructive anger...This production makes a great case for the ongoing practice of performing Shakespeare for and with prisoners. Now that Lloyd’s trilogy is ending, it would be nice to see more all-female or gender-blind productions of Shakespeare, but they do not necessarily need to be tied down to an experimental concept."
Read more

"The divine Harriet Walter plays Shakespeare's most godlike creation, Prospero, with uncommon depth of feeling…The prison motif works better here than in any of Lloyd's previous efforts, leading to the kind of seamless storytelling that one hopes for (but rarely gets) when Shakespeare is adapted to an unlikely time or place…In this week of presidential pardons, 'The Tempest' and its themes of clemency resonate, particularly in this astute adaptation."
Read more

"Harriet Walter's Prospero is such a thrilling and original characterization that it very nearly justifies Phyllida Lloyd's over-interpreted staging…We are seeing ‘The Tempest’ as produced by specific prisoners...This is an interesting idea as far as it goes, but the constant intrusion of episodes of the inmates' daily life proves to be irritatingly intrusive…Certain ideas already seem past their sell-by date...The casting is extremely variable…The comedy subplot is especially lumbering here."
Read more

"The multi-racial all-female cast is wonderful. Walters is a formidable Prospero, delivering Shakespeare’s words with command...The prison metaphor serves 'The Tempest’s' themes of freedom well. It also reflects the freeing of actresses from conventional casting constraints. Occasionally, I felt that the production’s high concept got in the way of the play itself. But in the end, Lloyd, Walter, and the ensemble deserve our praise and admiration for their theatrical vision and fortitude."
Read more