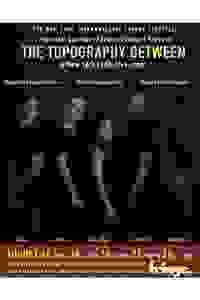 Part of FringeNYC: A surreal love story set in the New York unconscious to a live R&B soundtrack. Rodney and Callisto yearn for each other from a jail cell and city clinic, while forming connections with strangers poised on the brink of revelation.

FROM THE ARTIST:
In a play world that hovers above the constraints of time and invokes a kind of “subterranean New York unconscious,” Rodney and Callisto yearn for each other from across vast urban topographical divides. They are lovers; one is waiting for an HIV test in a city clinic and one, inside the walls of a central bookings jail cell, is waiting to see a judge. As they inhabit these holding tanks, these horizontal and anticipatory institutional spaces, they each come into contact with mysterious strangers who constantly seem to be poised on the brink of revelation.

One of these strangers presents to Callisto, a walk man. Eerily enough, on the walk man are all of Rodney’s favorite radio songs. As the walls and parameters that are initially surrounding them begin to dissipate, the songs act as constellations of in- betweenness that spell out the language of the characters lives.

See it if You like small cast plays, great-acting, minimal staging, small theatre

Don't see it if You're against interracial dating, homosexuality, music, slow-paced plays

See it if you are patient and don't mind working harder than you may want to to hear and absorb text. And if you care about sexuality race and power.

Don't see it if you want your theater handed to you in easily digestible, totally entertaining, uber-professional, 'where-did-the-time-go?' chunks.

See it if You appreciate realism in your love stories, enjoy story progression through character development and like to read into things at times

Don't see it if You can't appreciate a good love story

"Director Mimi Barcomi masterfully exhibits the beauty of simplicity...The cast here is stellar. Luke’s portrayal of Rodney is definitely one of the highlights of the production...The language of the play by itself stands up to the test of scrutiny. Playwright Zachary Miceli has a way with words, which he uses to effortlessly pull the audience into the universe of the play...With some trimming, the play will soar and throw even more powerful punches than it already does."
Read more