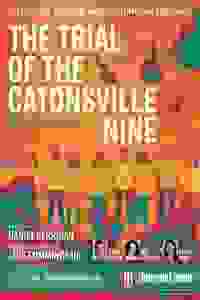 View in admin
The Trial of the Catonsville Nine
NYC: Lower E Side
81
Score it Scored!

The Trial of the Catonsville Nine NYC Reviews and Tickets

It is 1968 and the war is raging in Vietnam. A draft card is viewed by many as a death certificate. In the midst of a divided country, with corrosive mistrust in government and authority, nine would-be bystanders in Catonsville, Maryland decide that complacency is complicity — it is time for action. Their single act of conscience to halt the draft awakens a national resistance.

See it if You are a jury in 1968 hearing the impassioned words of war objectors. Powerful issues made personal. Excellent staging w/great ending.

Don't see it if You wouldn't enjoy an artistic nonfiction re-enactment. You are not interested in Vietnam War issues, even though relevant to today.

See it if You enjoy plays based on history. You want a portrait of the Vietnam War protests. You like immersive staging. You enjoy political dramas.

Don't see it if You want characters that are more realistic & less archetype. You want a political play that shows both sides of an issue. Read more

See it if story of 9 Vietnam protesters interests you. Script is from actual trial transcripts. 3 actors portray many characters.

Don't see it if you want a "routine" play with a full cast and linear storytelling. You don't like in-the-round productions. Read more

See it if You remember the years when the Vietnam war draft was front & center for all young men. Passions ran high. Reliving those times was hard.

Don't see it if You don't care to remember which side of the anti-war movement you were supporting. Still not clear if protests changed anything.

Don't see it if you are expecting a traditional prod.

Don't see it if you’re looking for s musical

See it if You are interested in human rights and historic documentation, excellent acting, sound, lighting, staging, presented in an immersive setting

Don't see it if The script was rather confusing, you get the gist but the story is not clear, you have to do your research before coming to see the play.

See it if You like theater that is off the beaten path. Strong performances. Appreciate a story that is not purely linear.

Don't see it if You want to relax and be entertained. This is an exciting piece of theater, well staged. But it’s intense.

“Presented with the NAATCO and performed by three actors of Asian descent, Cummings’s adaptation is ‘Catonsville’ pared down and reassembled...The moral weight of the activists’ defense proves more important than our need to know always which character is speaking, though Cummings’s willingness to blur that clarity does dilute Berrigan’s argument about the power of the individual. It also weakens the play’s emotional potency.”
Read more

"This remarkable moment in political and theatrical history now comes roaring back to life with the fervor its subjects deserve...Performed by three Asian-American actors who rise beautifully to the challenge of playing numerous different characters...'The Trial' is activist theater in the best sense of the term. You won’t learn much about the defendants’ lives beyond their political activities, and the same argument tends to get rehashed repeatedly—but it’s a damn powerful argument."
Read more

"It's a testament to both Cummings's steady directorial hand and the uniformly strong performances of the cast that it is always crystal-clear who is speaking, and about what...In design and staging, Cummings uses the old Neighborhood Playhouse stage in unexpected and exciting ways...With searing moral clarity as powerful as it must have been in 1971, 'The Trial of the Catonsville Nine' challenges us to reassess our responsibility as citizens."
Read more

"Reimagined in ways that are sometimes theatrically arresting but, more often, are at cross purposes with the text...In its best moments, 'The Trial of the Catonsville Nine' shines a light on the moment when the American consensus began to come apart...There's also a tendency to underline every moment unnecessarily, shortchanging the text's plainspoken power...The words of the Catonsville Nine are, if anything, more relevant than ever; do they really need all this artificial sweetening?"
Read more

“Not seen in New York in 30 years, ‘The Trial of the Catonsville Nine’ has been reimagined in a new version by Jack Cummings III, artistic director of the innovative Transport Group theater company, which also uses other sources. A powerful experience, the revival proves to be a provocative investigation of what a citizen should do when he or she feels that the government is engaged in immoral actions.”
Read more

" A brilliant revival of an always timely play....The acting is stellar and it’s compelling to hear Berrigan tell the court that the group’s goal was 'to raise an outcry against a crime, a wanton slaughter, to halt the machine of death'...Thanks to a well-honed script, the actors are able to convey a sense of political urgency without lapsing into rhetoric or making the audience feel guilty for not doing enough. The end result is inspiring, uplifting, and powerful."
Read more

“Transport Group has a well-deserved reputation for innovative staging. And, in this respect, ‘The Trial of the Catonsville Nine’ does not disappoint...One wants desperately to like these people and love the play. But after 85 minutes we can only come to the conclusion that Berrigan's play does not make for a particularly compelling drama...It is very much like a good documentary...At times we are moved by Berrigan's poetry and decency, there are also times when we're just bored.”
Read more

“The stiff text and distancing production choices...make it hard to fully engage...The history presented feels somehow both starkly black and white and murky all at once...By trying to disentangle age, gender, and identity from the voices, we are a little adrift...The production is directed with a heavy-hand...The play itself bears a self-important quality...It becomes lecturing documentary theater...We never know who our are guides are...or why they are telling us this story.”
Read more