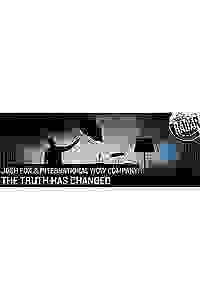 View in admin
The Truth Has Changed (Under the Radar 2020)
NYC: East Village
84
Score it Scored!

This solo piece traces the arc of misinformation and propaganda in America from 9/11 to Trump.

THE TRUTH HAS CHANGED traces the arc of misinformation and propaganda in America from 9/11 to Trump. As a reporter and eyewitness on the frontlines of so many of the key moments that have changed this country and changed the world, Josh Fox has many stories to tell. From 9/11 and the Iraq war, to the advent of fracking and the BP Deepwater Horizon oil spill, to the relentless smear campaigns against climate scientists, to the fight for 100% renewable energy, to the 2016 presidential campaign, to Standing Rock, Josh has had a front row seat to history unfolding.

See it if You are willing to hear some tough truths.

Don't see it if You believe everything the media tells you.

"Just Talking, But Sometimes More: 'The Conversationalists' and 'The Truth Has Changed'"
Read more

"Under the Radar 2020: The Unknown Dancer in the Neighborhood and The Truth Has Changed: Pieces by Suguru Yamamoto and documentarian Josh Fox join the Public Theater's annual festival of new works."
Read more

"…most successful when Fox beautifully writes of his reflections on 9/11 and a tour of the Deepwater Horizon devastation. But because Fox is heavy handed and long winded, his reflections feel narcissistic. It's a shame such important work is more about the author than its many vital subjects."
Read more