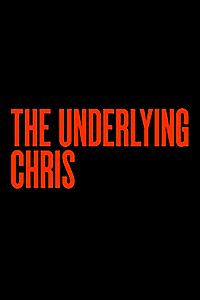 This world premiere play from Pulitzer Prize finalist Will Eno is a high-spirited look at how a person comes into their identity, and how sometimes it’s life’s tiniest moments that most profoundly change our lives. More…

In these divided times, The Underlying Chris serves as a celebration of our differences, our individuality, and the many mysterious, difficult, and beautiful things we share simply by being alive.

Wish I Could See Them All
Syosset
50-64 | Male
671 reviews
Get Alerts Alerts On Alerts Off
85
Quirky, Thought-provoking, Funny, Clever, Profound
December 3rd, 2019

See it if Fascinating exploration of innate vs. acquired identity. Vignettes of "Chris" at different life stages. Warm, amusing & intellectual.

Don't see it if You would be confused by 10 actors of various ages/races/genders playing Chris. You prefer intensity & emotion to inward reflection.

See it if u want to learn the meaning of life in a play about universality & identity as told thru birth-to-death vignettes from the ever-astute Eno.

Don't see it if you prefer directness, realism & conventionality to allegory, abstraction & non-conformity.

Also Via the protagonist's journey through his/her/their life's milestones (both insignificant & monumental), Eno will have you ruminating about the value of a human life, the relevance of social constructs, and predestination vs. mastery of your own fate.... Read more Read less

See it if Talent is there. Concept is innovative...Must read recap before viewing.. Different outlook re: life. Rating an ave. for partner and myself

Don't see it if Reminder:get gist of roles before viewing. Will Eno needs studying before watching his plays.

See it if you enjoy Will Eno's work. It consists of a series of small scenes which appear to be unrelated at first.

Don't see it if you need a strong clear plot to keep your attention. The episodic structure makes the play difficult to watch.

See it if An unusual chronicling of a life from start 2 finish. Since all people have both male & female aspects to themselves Chris is no different.

Don't see it if you don't like when a playwright enjoys playing with his audience; you prefer a straight forward story that doesn't make you think.

See it if You are a Will Eno fan. I was honestly confused for half the play. Too much thought for a Sunday matinee, but an interesting view on a life.

Don't see it if You want to see a straight forward play. Put on your thinking caps. Scorecards needed.

Don't see it if You want a really good story. This relied heavily on the execution vs the story. This is the first Will Eno play I've even mildly enjoyed.

See it if want brief reminder of what life & theatre can be. like expectations to B turned on their head, want to pay attention & figure it out

Don't see it if like not challenge of disruption of theatrical expectations, want ONE actor to play the same character all the way thru, fight 2 stay awake

See it if you like plays that make you think, that deal with issues like who are we,can we be good & bad at once,are we more than 1 person

Don't see it if you want a straight line, totally comprehensible play.This is probably one you should see twice.That's not a good thing.It should be easier

See it if You enjoy a play about what makes up our identity, blending gender, race and age into a variety of scenes that come to no real conclusion

Don't see it if You dislike a play about what makes up our identity, blending gender, race and age into a variety of scenes that come to no real conclusion

See it if life to death of Chris & his/her many incarnations of age, gender, race & how ordinary random occurrences shape his/her life progression.

Also Having so many different performers play the character can have a distancing effect. Some scenes are touching & quite wonderful, others fall flat. The cast is very good. It's a worthy attempt with varying results.... Read more Read less

See it if You enjoy original presentations of identity. If you like characters composed by many actors of varied age, gender and appearance.

Don't see it if You prefer linear traditional plays, you would be confused by different actors being Chris.

See it if Investigation of identity - vignettes of different ages of Chris (or Christine,Kris,Christopher...) each of different gender/race/ethnic mix

Don't see it if want a traditional play, don't want actors playing more than one role

Also Funny, sarcastic, wise-cracks in first half gives way to more emotional second.
I would have been confused if I had not read about it before hand. Eno is not my favorite writer but I enjoyed this and glad I got to see it before it ended.
... Read more Read less

See it if ...a story about the events in one’s life that influence forever played by a variety of “Chris”. Needs to go deeper.

Don't see it if ...the appearance of a character before 1st scene to explain what the play is about worries you. It’s not that mysterious.

See it if you want to see a brilliantly conceived, but not fully developed, play about life and its universality

Don't see it if you want "men" to be unique. Eno posits that there is far more to compare than contrast in our lives.

Also "Chris" is a gender and race neutral character who trudges on, "just breathing", as "Chris" goes through life's pitfalls. It is a wonderful idea to base a play on, but "Chris's" reaction to each tragedy is perhaps too resigned to resonate with an audience.

Because we only see "Chris's" life through "Chris's" eyes, it is difficult to reconcile the number of true mourners at "Chris's" funeral with "Chris's" self-perception. We perhaps need some asides (as in its a Wonderful Life - although certainly not as sappy) to show "Chris's" actions or simple presence making the lives of others better.

Also I was very impressed with the set design. Very well done. The performers were very good. There were many opportunities to laugh. This play was "different" but I enjoyed it non the less than others I have seen.... Read more Read less

See it if Feels like a set of haikus on life: short pieces, reflective, separate yet connected, sprinkled with dry humor.

Don't see it if No plot or clear point, more an ongoing observation of life happening.

See it if you enjoy vignettes exploring the development of human character, viewpoint, relationships, with racially/ethnically/gender diverse cast

Also The laudable premise and theme of the work (human emotional and psychological development) would have more impact if the audience were not required in each scene to decifer the code to identify the Chris character in that scene based on rapidly delivered clues tied to reveals in earlier scenes, apparent pandering to the goal of racial/ethnic/gender casting diversity.... Read more Read less

See it if Great acting with interesting sets.

Don't see it if Character changes were a bit confusing.

See it if likeeno's work but expanded to multi characters. one has to pay attention. story sneaks up on you. last three scenes have a great impact

Don't see it if want a simple linear story line with consistent characters. not a lot happens which irked some audience members.

See it if and only if you are a fan of playwright Will Eno.

Don't see it if a play in which you follow a character from cradle to death in the most UNUSUAL journey doesn't interest you.

See it if You appreciate the plays of Eno.This is another unusual one, exploring the life cycle of a "Chris",portrayed by various actors of different

Don't see it if It is a unique work,but following the play can be confusing.

Also races,ages, and sexes. The performances are excellent.

See it if Like Will Who and his quirky, thought-provoking, delivery of some of Life's Big Questions. Appreciate creative staging and storytelling.

Don't see it if Need crystalline clarity and a straightforward plot. Need "action" beyond the observation of lifes's commonalities.

See it if You would be interested in a gender-fluid autobiography.

Don't see it if You don’t want to pay close attention; the details are rewarding, but require focus.

Also I was surprised by this one as I find Eno hit or miss. This one is wonderfully effective at reflecting on meaning in life and where identity applies.... Read more Read less

See it if Raises and explores interesting aspects of the human condition aided by an ensemble of fine actors. 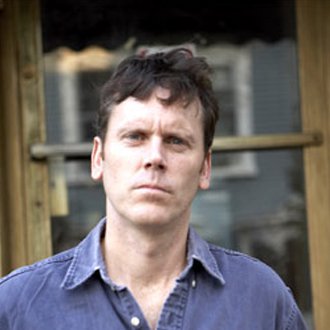 Will Eno
Playwright
Get Alerts Alerts On Alerts Off