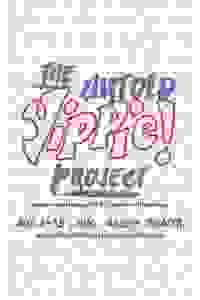 Sunglasses After Dark paints a picture of a divided and united America in its new play about a group of Yippies who shut down Disneyland. Based on a true story.

In 1970, liberal America seemed at the end of its rope. Out of the culture of flower children and free-loving hippies a new wave of radicals had emerged: the Yippies. Avant-garde and arrogant, the Yippies made their anti-war, anti-capitalist sentiments well known with their unique brand of in-your-face activism. When Terry, a wild but weary leader of the Yippies, gets an idea to organize a protest in Disneyland, he's looking for more than a chance to stick it to the man: He's also planning to dig into Clyde, a former Yippie and friend who has betrayed him.

See it if you want understand a true story of young people trying to change society and the struggles it presents among the participants.

Don't see it if you do not have an appreciation for the late '60's, early '70's Vietnam War impact on society.

See it if You want to further understand American history. Slow but builds into a cresendo. This is an important and fascinating story.

Don't see it if If you don't have patience for a rare gem of a story.

See it if you'd like to see an intense drama about an actual historical event, staged theater-in-the-round, in a different setting (downtown loft).

Don't see it if 1960s-70s U.S. history (anti-war) is not your thing. Well-written/well-performed, although a bit confusing when timeline flips back-n-forth. Read more

See it if You want to see a fictionalized scree of an actual Yippie event by overwrought direction, way over-the-top acting and expositional writing.

Don't see it if You know thinly veiled charismatic activist Abbie Hoffman was bipolar and not just manic. Read more

See it if You are interested in a short-lived political movement.

Don't see it if You don't want to climb up 4 flights of stairs. You don't like theater in the round. Read more

See it if the only good reviews below are all from people with only one review who signed up just to skew the score; not cool

Don't see it if you want a straight forward enjoyable story

See it if You enjoy little known stories about the anti-Vietnam war counter culture, enjoy decent actors playing many roles, and narrative plays.

Don't see it if You get bored easily, as the show could have been cut down greatly, or enjoy nuance, as this show lacked it. Or have trouble climbing stairs Read more

Don't see it if you are looking for a story that has been fact-checked correctly.

"Fascinating and provocative...'The Untold Yippie Project' is fast-moving, exciting, and truly fascinating, with a young, energetic, and committed cast. Underneath the adrenaline-infused action and historical perspective, there’s also some sharp character development...Coughlin and LaBeach are perfectly cast in their roles...Schlossberg impressively recreates the mores and mindsets of that time period...'The Untold Yippie Project' is also stunningly relevant in 2017."
Read more