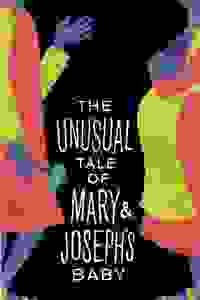 Part of FringeNYC: The Unusual Tale of Mary & Joseph’s Baby: There really is a pregnant virgin, shepherds, angels, foreign dignitaries, a ratty inn and a bloodthirsty dictator whose menacing shadow hangs over everything. And obviously, it’s a comedy.

FROM THE ARTIST:
This piece dares to take the classic story at its word. There really is a pregnant virgin. There really is just a dream interposed between her and death by stoning. There are shepherds, angels, foreign dignitaries (a.k.a. wise men), a ratty extra room/stable at an inn, and a maniacal, bloodthirsty dictator whose menacing shadow hangs over everything. And obviously, it's a comedy.

With four racially diverse actors, a minimal set, and an emphasis on movement as an expressive device, The Unusual Tale of Mary & Joseph's Baby surprises both virgin-believing and non-virgin-believing audiences alike.

Don't see it if You're want a twist or new insight on the original tale. Nothing new gets said here. Interracial casting was the most interesting part.

See it if you want to think about the Christmas story in a thoughtful, human and humorous way.

Don't see it if you want to stay with the sanitized, religious nativity story.

"If you’re going to reboot the Biblical tale of the virgin birth of Jesus, it helps to have an original take on the story, not to mention a consistent tone. Book writer Chris Cragin-Day, for the most part, has neither, which leads 'The Unusual Tale of Mary and Joseph’s Baby' to veer between extremes...The supporting cast shines...Chaffer’s score has some lovely moments...But it can’t transcend a book that doesn’t seem to know what it wants to be or why."
Read more

"The songs never reach anything preachy, rather we get a personal and careful look at the life of a couple coming to terms with this virgin birth and the enormity of their new, important place as impoverished people...This folks, is one of Fringe’s best. It’s smart, it’s polished, it’s honest, and it has a bright future ahead of it...The performances are outstanding...'The Unusual Tale of Mary & Joseph’s Baby' is so wonderfully human."
Read more

"If there is one story we think we know all too well, it’s that of the birth of Jesus, but what Chaffer and Cragin Day do in their gorgeous musical 'The Unusual Tale of Mary & Joseph’s Baby' is to bring a sense of freshness into it, and point out that beyond its supernatural elements, the show’s 'unusual' qualities mostly spring from the humanity of its characters…Its simple beauty (heightened by Amelia Peterson’s precise, but evocative, direction) makes it a timeless work."
Read more

“Comes to the stage with great promise...Retelling is fresh and, in most cases, brimming with humor. If only the cast members had stronger voices and were able to develop their characters more deeply giving them a freshness and a new depth of spirit...Peterson should be giving her actors a firmer hand and move the entire show at a much quicker pace...All of that said, a charming love story of a young couple faced with important decisions.”
Read more

"This original folk musical is the unsurpassed breakout hit of the Fringe Festival. It is very clever, extremely entertaining, and absolutely delightful! It tells the story of Mary & Joseph in a fresh and funny way. This smart, intelligent musical has a bright future ahead of it. It is a new look at an old story featuring an outstanding non-traditional cast of four. It features an excellent score and even more poignant lyrics. The show is a hit. See it wherever and whenever you can! "
Read more