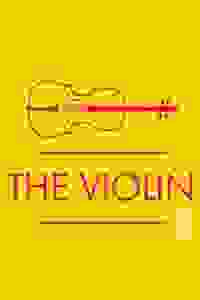 The Violin NYC Reviews and Tickets

The Directors Company presents the world premiere of this drama about three guys who find a valuable instrument in the back seat of a NYC cab.

When Bobby, Terry, and Gio—two hapless brothers and an elderly broke tailor—find a 1710 Stradivarius violin worth $4 million in the back of a New York City taxi, it looks like an opportunity to change their fortunes. However, this shot at their dreams means some quick decisions testing loyalty and family ties with irrevocable consequences. Starring Broadway veteran Robert LuPone ('A Chorus Line,' 'The Sopranos.')

See it if you like slice of life stories from days gone by; you're interested in how choices influence lives for better or worse; brotherly love.

Don't see it if you're looking for fast action and fancy wordplay. This is a story about the intertwining of three lives over many years.

See it if you must.

Don't see it if you want it to be good and absorbing.

“Clumsily crafted, finely acted and, yes, high-strung drama…The crime-caper setup has some of the savor of early Mamet...But McCormick’s plotting, with its florid back stories and unsurprising revelations, is ploddingly predictable. And the dialogue is less than snappy…If such lines lack finesse, some of them are still fun to hear, and there’s pleasure in watching the actors attack the roles…But even capable actors can’t make this play plausible or mend the contrived and sentimental conclusion.”
Read more

“This tortured crime caper strains credulity...McCormick aims for Scorsese, but ends up hitting Dr. Phil…We can understand the appeal for actors looking for a challenge, but not even performers as watchable as LuPone, Bradbury, and Isola can save this show…A lost opportunity, an overwrought melodrama…A dull two hours. The only surprises come when we see just how shameless McCormick is in each successive contrivance, the last of which will leave you with a hearty (if unintended) chuckle.”
Read more

"An intriguing play...The show features the finest staging and superior acting…The story is a thought-provoking portrayal of the choices that people make and how these choices touch their lives. ‘The Violin’ has a cast of accomplished actors that completely master their roles. The characters are distinctive and perfectly portrayed…They capture the drama, humor and the suspense of this very original story…‘The Violin’ is a play that you will remember long after the curtain call."
Read more

"It's never dull, yet never really convincing...Still, 'The Violin' goes down much more easily that you might imagine, thanks to Joseph Discher's taut direction and three tightly coiled performances...There's nothing really wrong with 'The Violin,' aside from a certain predictability and a sense that it has been drawn from other plays rather than real life. In any case, it has been given a first-class production."
Read more

“Some very good acting, a couple of emotionally touching speeches, and an evocative set are not enough to cover up the numerous plot holes and overall sudsy narrative...The play unfolds amidst side stories that lead nowhere, quarrels....and a last-minute confession to justify a sacrifice worthy of a Bette Davis weepie…The performers...do their best with what they have been given to work with, but there simply is not enough for 'The Violin' to escape its discordant structure.”
Read more

“And as it proceeds to unfold, delivering one powerful punch and surprise after another, ‘The Violin’ does not disappoint. Imagine seeing ‘American Buffalo’--one of David Mamet's finest plays--for the first time. But given allusions to an amputated foot and other atrocities in ‘The Violin,’ you're more apt to think of gory plays by Conor McPherson than David Mamet, and that's equally appropriate--they're both, at their best, great storytellers.”
Read more

“A provocative drama...All three actors are excellent and the scenes play out with rapid-fire dialogue. It’s talky, but the constant banter is a necessary means to a strategic end and gives the audience great insight into the personalities of the diverse, troubled men on stage. Joseph Discher’s direction is excellent, ensuring that the dialogue avoids being heavy-handed or preachy and is, instead, engrossing and wise."
Read more

“Although the theme is heavy, the bickering produces a lot of earthy humor and laughs…To tell more of this tale would be to give away too much...Suffice it to say, it’s complicated and you’ll be somewhat surprised. The story revolves around caring, a debt owed and paid, and the cost of it all. I must admit it’s a really tall tale of circumstances thrown together and hard to believe, but it’s a winning cast and makes its point. And you have to admire McCormick’s reaching imagination.”
Read more

"The plot does have a credibility problem. It's hard to believe that the brothers can actually drag Gio...into their ransom scheme—or the way that scheme plays out…Despite these major and minor flaws 'The Violin’ is bolstered by the beautiful performances…The hints McCormick drops like bread crumbs...too obviously telescope the high-drama surprise finale. And while that ending sacrifices credibility for melodramatic sentimentality, it does surprise and comes with a big bang."
Read more

“The relationship between the two brothers is intelligently explored...McCormick has that rare knack of being able to insert moments of genuine comedy that are perfectly timed within the sincerest of moments, yet don't take anything away from the gravitas of the scene. Discher seems to have tapped into the crux of the themes and nuances of the story, providing keen direction that never looks forced or unnatural…All in all, a gripping piece of theater not to be missed.”
Read more

“A fascinating tale of brotherly and pseudo-paternal love…The engaging and slightly predictable story of characters that are so desperate for some sort of salvation plays out with an authentic air and convincing attachment. It’s fairly clever and well put together…The performances are all excellent and relatable, even when they veer into the implausible…The direction and the pace never faltered until the touching (and slightly not surprising) finale.”
Read more

"The play has the nuanced feeling of plays by Shepard and Inge. The characters here are lonely, frightened, broken, and seemingly bereft of moral strength...Under Discher’s competent direction, the three actors navigate the treacherous terrain...Each character is forced to come to terms with his choices in the past and in the present. Whether that results in repentance, forgiveness, and reconciliation is not clearly answered and the edge of moral ambiguity remains sharp."
Read more

“'The Violin' is about as old-fashioned, formulaic, and predictable as they come; it is straightforward naturalism without any of the fanciful, dreamlike incursions with which so many of today's playwrights like to distract us. The ending can be surmised at least two-thirds of the way through…The characters…are anything but consistent…There are too many times that the vastly experienced actors seem to be wearing signs saying, 'Look, I'm acting.'…'The Violin' is seriously out of tune.”
Read more

"There is something so touching about Dan McCormick’s new drama 'The Violin'...Robert LuPone instills a past that has almost been erased from New York City...Joseph Discher’s direction is subtle and layered, giving McCormick‘s words the cadence that sinks into your soul. In the end I cried over the sweetness of unconditional love, but also of a time gone by. I look forward to seeing where Mr. McCormick goes next."
Read more

“Despite some really good writing, ‘The Violin’ has several problems. It’s top heavy (Act I)–in need of editing...Gio...is the weakest character onstage…It doesn’t help that we don’t buy LuPone’s performance…Bradbury’s Bobby is well played…Isola delivers a marvelous Terry…Director Joseph Discher does a fine job indicating both emotional and the physical sides of the brothers’ relationship...The play didn’t get to me and should have."
Read more

"These are familiar themes and there's a thrown-back quality to director Discher's production too...And the dramaturgy—dependent on anguished soliloquies about unrequited dreams and not-so-surprising revelations about the past—is a little timeworn too. But despite all this, I had a good time. And that's largely due to the committed performances from Bradbury, Isola and most especially Robert LuPone...They all chomp a bit on the scenery but it's fun to watch them do it."
Read more

"There is quite a bit that is commendable about this character-driven piece about trust and loyalty. Although it strains credibility, it wins over the audience by the time the curtain falls...Director Discher has assembled a phenomenal cast here, each of whom deliver McCormick’s script with sincerity and gusto. What the play lacks in entire believability, it more than compensates with these attributes by spinning an entertaining yarn and leaving theatergoers with a night well spent."
Read more

"McCormick rounds words and ideas and successfully draws three rich, contrasting characters. Joseph Discher directs to maximize the language and keeps and brisk pace...Giovanni, nicknamed Gio, is magnificently captured by Robert LuPone...Do we do wrong things to help our families, and right things that have wrong elements? Of course. This is the tightrope on which rich human lives are led and 'The Violin' treads its own line in captivating and intriguing theater."
Read more