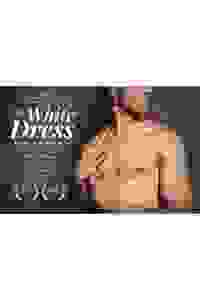 Based on the playwright’s true-life experience, this is a genderqueer coming-of-age tale for the they/them generation. More…

Part religious rite, part dance/performance, "The White Dress" is Jonathan Howard’s genderqueer coming-of-age journey through familial shaming, peer bullying, and unrequited love to redefine what male looks, sounds and feels like. "The White Dress" features a music and movement score that accentuates Jonathan’s odyssey to be free in their own skin.

See it if If you want a coming of age story. Music drowns words at times. Decent direction and acting.

See it if you like new theater with honest representation of characters, mostly very well played by this cast, sharing important messages for society.

Don't see it if hearing every word is important as music sometimes drowns actors and multi-directional speaking is often lost. Some tough editing needed.

See it if You want a play that is interesting but needs EDITING!! It’s unnecessarily long. The theatre experience from start 2 finish is UNCOMFORTABLE

Don't see it if If you can’t stand the equivalent 8 floors of stairs and an unairconditioned theatre for more than 2 unbroken hours. Visibility is difficul

Also This theatre has many unfortunate issues. If you’re past 35 years or out of shape forget it. There is an inconvenient elevator that couldn’t be used until 10:30 the (play ended at 10:10) for exiting the building. For theatre purposes this building is a tear down! The area needs another condo! Lol... Read more Read less

See it if Fluidity in sexual awareness & storytelling is fundamental, you like OffOff BWY experiences, environment not as important as storytelling

See it if The play begins the important conversation on gender

Don't see it if Poorly written and somewhat acted. The play topic is important but not executed well. The play is a bust.

See it if I loved the explorations of gender, family, queerness, and self. The actors were fully committed, and I appreciated their authenticity.

Don't see it if The structure and some the more experimental conceits didn't quite work for me. But I'm very glad this exists!

MandyEliakim
Brooklyn
35-49 | Other
241 reviews
Get Alerts Alerts On Alerts Off
69
Weak script, Great acting, Disappointing, Confusing, Hot 🥵 as hell in there
July 5th, 2019

See it if Oh my God. Ok, so I’m gonna be nice, considering that I was apart of the first audience. I researched the show, a little, as I am a queer

Don't see it if Black gender-nonconformist myself, and I really wanted to like the show, BUT: TURN ON THE DAMN AC and just have the actors speak louder (the

Also Bar scenes drowned them out anyway!) I’m naturally a HOT 🥵 person, but, when you see everyone else is drenched or left early (possibly because of the script, as well), turn on the AC. I was turned off from the show; I was more focused on breathing and not passing out. The actors, especially the lead- “Jonathan”- did the best they could with an in-cohesive script; it had potential, especially for a millennial audience, but, it had no direction. Too many separate stories were going on. They listed the show as 100 minutes, it was more like 115 of confusion and “when will this end?”. At least 30 minutes could’ve been cut. The father’s scenes could be drastically cut. The parents relationship to their son was confusing. “Winnie’s” character was fine. They could’ve left the plot as a story between 2 queer kids in love. Where was the white dress? Was it the white cloth, in the beginning? The hospital gown? The silver dress? Omg & seeing the playwright’s Reactions were annoying! You wrote it!... Read more Read less

See it if If you’re interested in Gender nonconformity.

See it if A queer boy’s self-identity exploring journey; great concept falls flat; occasional sparks between the young lovers; they fixed the AC..

Also They say it’s 100min. We were trapped 8-10pm, which caused me missing my later show. No intermission, or ppl may not return.... Read more Read less

See it if If you look for the potential in a piece and can enjoy whatnot might become, then see this.

Don't see it if It is very slow and needs much more character development.

Don't see it if you don't like nudity, spoken stage directions, or can't abide a theater where the air conditioning doesn't work.

See it if you're excited to explore honest stories of queer identity and aren't afraid to get a little downtown.

Don't see it if you need high-cost production values or you aren't open to lives and experiences that don't mirror your own.

Don't see it if You have heat problems (no AC), or need to understand what you see.

Also The show was lost in lots of places in what it was trying to do. Every character on stage was under developed. The directing didn't help the clarity of it at all. It needs a good dramaturg and a MUCH better director. It had some really intresting ideas, that never went anywhere.

As a side note to everything else, as an Ace person, I was actually really excited to see an Ace character on stage in a queer play, and then horrified when they played right into the "Ace isn't an identity, there's just something wrong with you" troupe.

See it if you want a raw, honest take on queer coming-of-age. Beautiful lights, clever use of costumes and props.

Don't see it if you’re uninterested in queer stories. (The theatre was v hot and dizzying towards the end. Hopefully they fix this for future performances)

See it if Are looking for new queer artists to support, Frank Ocean, gorgeous lights, and are open to explore how religion changes through life.

Don't see it if You are homophobic, don’t like sitting close to the actors, are uncomfortable with heat (they’re working on fixing the A/C). 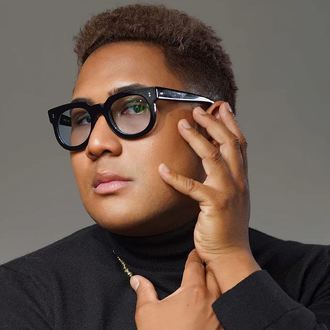 Roger Q. Mason
Playwright
Get Alerts Alerts On Alerts Off 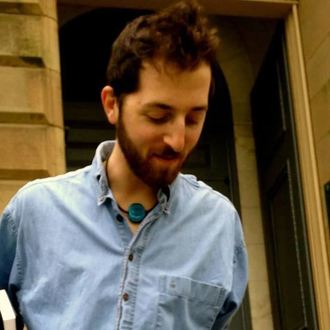 Adin Walker
Director
Get Alerts Alerts On Alerts Off