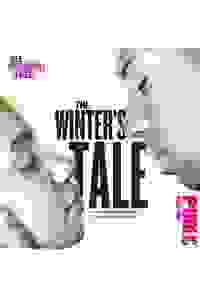 The Public Theater’s Mobile Unit presents Shakespeare's late romance about the scourge of jealousy and the power of forgiveness.

Dire misunderstanding changes the course of destiny when King Leontes becomes convinced that his wife is pregnant with his friend’s child. The maligned wife perishes, the accused friend flees, and the cursed infant is left to die alone on the shore. But from the depths of tragedy, wondrous things can occur. What’s lost is found, false identities lead to true love, and the miracle of forgiveness brings new life to the world in one of Shakespeare’s most treasured romances.

As part of the Public Theater's Mobile unit, this production tours to community centers, prisons, and homeless shelters throughout New York’s boroughs, before ending its run at the Public.

Don't see it if you hate having any WS cut. Or you need high prodn values. But you'd miss something special: a holiday gift from The Public to the public. Read more

See it if You’re not a big fan of Shakespeare, this is a very accessible production. Simply staged but very clever and fun.

Don't see it if You’re a Shakespeare purist. This is done with very little formality. They keep the language but the action is all modern.

See it if ...you love the play, you love how multi-cultural casting in a classic play can bring out latent meanings.

Don't see it if ...you cannot suspend your disbelief sufficiently to enter what is for a good deal of the piece a "fairy tale" world. Read more

See it if Another Mobile Unit winner. Talented cast and clever staging on a small space. Some nifty quick changes. Amazing bear!

Don't see it if Purists may be put off because the character of the vagabond Autolycus (and all business connected to him) has been removed. Didn't miss it

See it if You love the Mobile Shakespeare Unit and everything they do. Or you love The Winter's Tale.

Don't see it if You are used to the dynamic action of the MSU and will be disappointed at this version's super long winded monologues that feel stilted.

See it if you enjoy Shakespeare lite. The piece is deconstructed and reconstructed in a form that doesn't deviate from the tradition but enhances it

Don't see it if you are a strict Shakespearean

See it if you don’t have to take your Shakespeare adaptations too seriously.

Don't see it if you’re a Shakespeare purist.

See it if A truly unique and creative Winter’s Tale.Bravo to an incredible addition to NYC’s cultural offerings!

Don't see it if Do not see if you dislike Shakespeare.

"This 'Winter’s Tale' works less well than some previous efforts. That is partly because of the play itself, a peculiar romance that asks you to suspend your disbelief...In Lee Sunday Evans’s bare-bones staging, there doesn’t seem to be enough time — or maybe enough directorial imagination — to register fully the abrupt changes in tone, from tragedy to farce to something more numinous."
Read more

“Evans directs a tight ensemble of nine through the story of paranoia, distrust, and ultimate redemption...Scene transitions are smoothed over with lulling musical interludes...Evans follows up the play's first three acts of dour drama with refreshingly light comedic direction...Bargain basement meets refined Shakespeare, and it's that joyful combination that makes ‘The Winter's Tale’ not only something everyone can see, but something everyone should see.”
Read more

“Evans directs a straightforward, modern-dress production of ‘The Winter's Tale’, played by a fine ensemble...Cunningham makes a powerful presence as King Leontes of Sicilia...Comical breaks in the serious drama are supplied by Grant and Grollman, who play a pair of shepherds...Also adding a bit of lightness is having Leontes and Hermione's son, Mamillius, represented by a charming puppet.”
Read more

"When it comes to classical theater this holiday season, this 'Winter's Tale' may well be the best theater bargain in New York...Like all Mobile Unit productions, the most remarkable feature here is that it proves how little we need to put on a satisfying Shakespeare production...The outstanding performances of the entire cast make this 'Winter's Tale' something to brag about...Stripped of theatrical embellishments, the message of the play inevitably becomes clearer."
Read more

“An intelligently abridged interpretation...Evans has skillfully focused her adaptation on the essentials of the narrative to tell this rich story in a short time without sacrificing its complexity...The cast is consistently strong, both as an ensemble and individually...Modernizing a great play can sometimes fall flat but there is no danger of that here. Shakespeare’s work is relevant, and made all the more approachable in this excellent production.”
Read more

“Bare-bones and youthful production...Not Shakespeare’s best by any stretch but the Mobile Unit does a fine job of making it fresh and fun. They incorporate a couple of well-crafted puppets and some really good original music...The point of the Mobile Unit is to reach as much of underserved New York City as possible and make art and culture accessible to all. And with that lofty goal, they have succeeded.”
Read more

“Audiences…will have no problem appreciating this thoroughly enjoyable, excellently spoken revival, from which numerous characters…have been excised with little damage…While the play introduces several thoughtful themes, its several illogicalities, exaggerations, and far-fetched developments require a particular lightness of touch…All this is accomplished far more successfully in this production than many more elaborate, star-studded productions.”
Read more

"What’s always remarkable about the Mobil Unit’s result is how lively, how energetic it always is—and how often, how creative and how musical Shakespeare can be made. That’s to say excited commitment overrules any deficiencies in acting refinement or text shrinkage...Perhaps the best praise that can be accorded the Mobile Unit is: Each production—often presented before first-time Shakespeare audiences—wins over new Shakespeare fans."
Read more