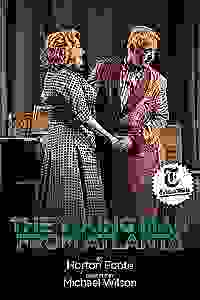 The Young Man from Atlanta

Danger waits just underneath the surface in Horton Foote’s Pulitzer Prize-winning drama of an aging couple still reeling from the death of their only child. More…

Set against the backdrop of a rapidly modernizing 1950s Houston, the Kidders' lives are turned upside down once again when a figure from their son’s past shows up in town. They deny, deflect and deceive in an effort to avoid the danger but can’t dodge the inevitable reckoning. How far will these grieving parents go to avoid the truths this young man from Atlanta might reveal? Director Michael Wilson (The Orphans’ Home Cycle, The Old Friends), the premier interpreter of Foote’s work, returns to Signature to to bring to life this beautiful, heartbreaking play that explores and dissects the American dream while revealing the depths we go to in order to keep ourselves safe.

See it if Old fashioned play. Well acted and written. Not obvious. Keeps one guessing.

Don't see it if Some characters that lengthen the play but add next to nothing save for the run time.

See it if Well acted, well directed play with good lighting. If you like Horton Foote.

Don't see it if The play is inconclusive and leaves you wanting a finality. Play only scratches the surface.

See it if 60-y.o. couple struggles to move on after son's suicide and man's job loss. Poses questions about masculinity, love & money.

Don't see it if You are uninterested in characters struggling to navigate 1950's gender roles & attitudes. Slow, lingering scenes.

Also I liked the exploration on what it means to be a man. Multiple flawed male characters are presented for contrast, including Will, Pete, Tom, Carson, Bill & the man from Atlanta. Even in today's more enlightened times, toxic elements of traditional male gender expectations live on.

I also liked the exploration of what it takes to love someone. Will's wife and deceased son both suffer from a neglect of being seen. It's also interesting how Lily Dale struggles trying to connect with her maid.

The deceased son's life is shrouded in mystery, with confusing unresolved elements of who is lying & telling the truth. The parents didn't connect with their son while he was alive, & are now left with the mystery.

Money is another major theme. Will uses money to substitute for love and avoid connection, Lily Dale uses it to seek connection, Pete is naively generous with his meager resources, & the younger generation is seemingly profligate.

Don't see it if u expect to meet Foote's Willy Loman or experience an important & impactful play from this prominent writer. [This is 2nd rate HF, at best]

Also This is a decent production of a half-decent play. There are many flaws in the production (from some odd casting choices to poor pacing to a baffling set design) and the play itself (from too much unnecessary exposition to needless supporting characters), but even a sub-par Signature production of a 2nd rate Foote play provides plenty to appreciate and chew on.... Read more Read less

See it if you would like a view of post WW2 in America where business/work/wealth collides with the American dream home/family/death. Great costumes.

Don't see it if you do not like productions of the 190's that have a different pace and do not provide all the answers. Here you have to think for yourself.

See it if you're a fan of Horton Foote & Michael Wilson's interpretation, curious as to how play won Pulitzer, like family sagas with secrets & denial

Don't see it if don't like slow-moving, obvious plot, you find Kirstein Nielsen annoying (she does fine), odd set (what with the doors?),or gay subtext

See it if you enjoy excellent traditional dramas with clear plot points and themes that leave you thinking.

Don't see it if you prefer musicals or experimental work.

See it if you like a drama with great acting and wonderful writing. These are characters you can care about and relate to. I was very moved.

Also Some of the characters are from the playwright's previous plays but this play stands on its own very well.... Read more Read less

See it if Love Foote even if work is lesser. This one inches up to look at son's homosexuality but then can't confront. Characters are one-note.

Don't see it if Want to be moved (you won't be), are ok w long plays that don't have much action, expect set/staging to make sense, are ok w miscast cast.

See it if You are a Horton Foote fan and love plays that take place in the 1950s. Aiden Quinn is a reason to see this play. Lots of twists and turns.

Don't see it if You expect a lot of action and a fast paced show. Foote takes time to develop his characters. It may be too slow for some.

Also Some family secrets are best kept under the carpet. These are the 1950s after all.... Read more Read less

See it if you are a Foote completist or a fan of the actors or if you are eager to find out why this play won a Pulitzer. It hasn't aged well.

Don't see it if you are expecting to see Horton Foote at his best as in The Trip to Bountiful, Dividing the Estate or The Orphans' Home Cycle.

Also I was disappointed when I saw the original production in 1995 and haven't changed my mind this time around. It touches some interesting themes such as the use of money to replace or seek connection, the hollowness of the American dream, the power of denial, relations between the races, and the failure of meaningful communication. Unfortunately, these do not cohere very well. Aidan Quinn comes across well. Kristine Nielsen, whom I have much admired in comedic roles, mostly succeeds in stifling her idiosyncrasies, but is basically miscast. An awkward set is a distraction.... Read more Read less

See it if want 50s kitchen sink drama experience, like Horton Foote, Kristine Nielsen or Aidan Quinn -all excellent, desire slow reveal or none at all

Don't see it if don't like the Inge, Miller, Hellman etc school of playwriting, need tapping toes or full orchestra to enliven U, gay subtext drives U wild

See it if you love old movies, if AMC is your go-to.Good actors, badly directed, giving weak performances.Plot should have touched me.It didn't.

Don't see it if you want a show that tells you something meaningful.This has a heart but never reveals it.It's all talk without letting us discover it. Yawn

Also Was disappointed in Kristine Nielsen, who I usually like a lot. Either miscast or misdirected, but was unconvincing as the mother. Some scenes were touching, others too drawn out.... Read more Read less

See it if a semi-bleak, open-ended drama about buried secrets unspun again and again after the death of a couple’s son appeals; a fan of the actors.

Don't see it if expecting a tightly wrapped-up finale and total closure; need a more contemporary and shocking drama that doesn’t feel a tad musty.

Also A quiet, sinister atmosphere steals upon The Young Man from Atlanta. There’s a comedic spin in various moments, thanks to Aidan Quinn and Kristine Nielsen's Kidders, as well as a sense of how memory is a fickle fiend and friend. We can never fully know anyone. Do charitable actions matter if the giver is conned? Can aging adults cling to a previous era while time marches on, claiming their only child’s life, job security, and a prosperous future? There’s a datedness in the 1950s Houston setting (complete with hired help who are women of color, and housewives given allowances). But while nothing is fully sinister in the family’s life, there’s enough to make the audience uneasy and engaged. Ambiguity and small, accruing surprises abound. The play’s title, in fact, may refer to three different figures—one dead, another unseen yet a constant annoyance and catalyst to the drama, and a third surprising figure who yokes and unravels alike the two other figures’ stories. I would’ve loved more.... Read more Read less

See it if You want to see a play from back in the day about a couple still dealing with the death of their son and other challenges.

Don't see it if you want light entertainment that is not sad and are distressed by seeing "real" people suffer as their lives fall apart.

See it if Changing times of masculinity / what it means to be a man when faced with hardships, like a gay son. Really felt the feels.

Don't see it if Suicide, death of a child, or homophobia are triggering.

See it if you are a fan of Horton Foote, or if you want to see how much the theatre writing has changed since this was written.

Don't see it if you don't care about Foote, or if family dramas are not your thing. This was like an Arthur Miller play turned inside out.

Also Horton Foote’s collection of plays about the same characters might be more interesting if experienced together, chronologically. As a stand-alone to a theatre devotee not previously familiar with Foote’s work, I derived no insight nor emotional involvement from this play. The actors were competent, however, and, as in the iconic film “The Help,” the black maids were the most interesting and relatable of the characters.... Read more Read less

See it if A period piece of the changed South and struggles of the ruling class.

Don't see it if You want a happy and cheerful play.

See it if you want to see a couple experience the disillusionment of their beliefs amid shattering self-realization. Some powerful acting.

Don't see it if the implicit comparisons to Death of a Salesman make this Pulitzer Prize winning play come in a distant second place.

See it if You want to see a classic play that explores the aftermath of parents who lose a son. His life is a mystery to them.

Don't see it if You like more modern plays but this play retains its effect after many years.

See it if You like well written stories with wonderful actors on stage to take you with them on this well told journey.

Don't see it if You want a happy go lucky play. This will leave you with deep feelings that you may not want to experience 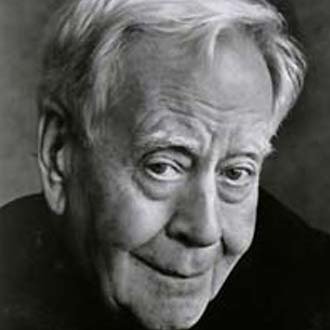 Horton Foote
Playwright
Get Alerts Alerts On Alerts Off 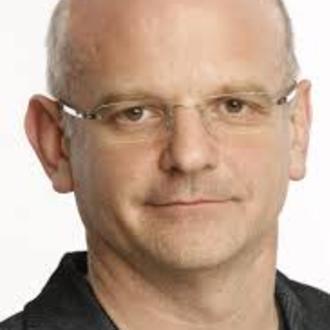 Michael Wilson
Director
Get Alerts Alerts On Alerts Off