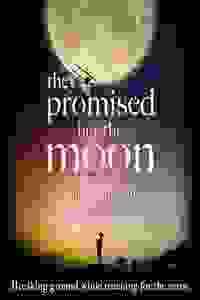 View in admin
They Promised Her the Moon
NYC: Midtown W
64
Score it Scored!

They Promised Her the Moon NYC Reviews and Tickets

Miranda Theatre Company presents a new drama based on the true story of Jerrie Cobb, the "almost first" female astronaut.

One of the famed Mercury 13, Cobb's test scores surpassed many of her male competitors' during rigorous psychological and physical testing in the early days of the country's space program. As such, she was almost the first woman in space. Cobb was reaching for the moon but hit the glass stratosphere, blocked not only by her gender but by notions of sisterhood and colliding egos. 'They Promised Her the Moon' tells her inspiring story.

See it if You have an interest in women's rights issues or of the space program, you can learn about how both have grown over the years.

Don't see it if You want a story. This had a story line but the narrative was so strong about the injustice that it ended up feeling like a lecture.

See it if Interesting story about important women I'd never heard of prior. Script is weak. Performances ok. Feels amateurish but has potential.

Don't see it if You need a finely polished work with dramatic staging and riveting action,

See it if you're interested in hearing about the life of Jerrie Cobb, which is interesting, even if the play itself could use another draft.

Don't see it if you get frustrated by plays that make unearned narrative leaps leaving the audience to play catch up, and productions that lack energy.

See it if Your interested in women flyers/astronauts and their history.

Don't see it if Women's history is not for you.

See it if There is a great story in this material. reviews are more interesting and entertaining. Andrus Nichols fun. John Glenn fascinating stuff.

Don't see it if 80 minutes without a single surprise. unsatisfying ending. I read somewhere she was boxed out for the effects on space in elderly.

See it if You are interested in historical dramas. Tells the story of the early women's movement for equality in aviation and life!

Don't see it if If you only enjoy musicals.

See it if you're looking for a show off the radar that features strong women. This was part of history I knew nothing about. The actors are excellent.

Don't see it if you want something with depth–the story is one that needs to be told, but the full scope of it isn't accomplished in the 80 minutes.

See it if you like learning about unknown women who have never been recognized...

Don't see it if you want a fast paced show...

“Amanda Quaid and Andrus Nichols’s majestic performances salvage this choppy and uneven docudrama…Solidly written but unsatisfyingly structured as a clunky series of flashbacks, confrontations and historical exposition, the play snaps to life in its final scenes…Director Valentina Fratti’s staging is routine and doesn’t add much crackle to the numerous scenes and their transitions. Jennifer Harmon’s excellent choreography adds some needed aesthetic imagery."
Read more

"The play's most compelling aspect is watching innocent Jerrie first dream of the moon, then grow to understand the world...The mad joy that self-made pilots feel...isn't as fully expressed in this production as I might have hoped...This is a timely and well-designed production. Still, I wanted to see more nuance in what motivated the central characters to risk everything for flight, and in Jackie and Jerrie's relationship, so central and yet so disappointingly fleshed out in this piece."
Read more

“A heartwarming story…We have in this production a familiar theme. What is delivered, however, is a solid story by Laurel Ollstein, impeccably directed by Valentina Fratti and skillfully acted. Ms. Quaid is sincerely convincing...The rest of the cast provide just the right ensemble performances to bring us back and remind us that even some things haven’t changed much.”
Read more

“The story of Jerrie Cobb (the terrific Amanda Quaid)…When Cobb meets the leading woman in American aviation in 1960, Jackie Cochran (the equally wonderful Andrus Nichols), the play finally picks up…This really would have been a more interesting play, if the focus had been on the two women and not the early life and affair Cobb was supposed to have had with Jack Ford…The play did make me want to learn more and the show is well staged by Valentina Fratti.”
Read more

“If the play has a flaw, apart from the aforementioned pacing issues, it's that it's a little by the numbers. While genuinely affecting, there are moments when it feels like a Lifetime Original Movie…Barring minor complaints, ‘They Promised Her the Moon,’ is an excellent piece of theatre…Valentina Fratti directs her cast well, and Quaid's central performance is nothing short of a joy…A woman worth knowing about, and a play worth seeing."
Read more