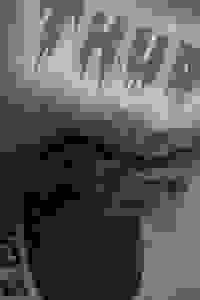 Part of FringeNYC: An incredibly clumsy hospital clown is hired to entertain an acerbic fifteen year old girl, and finds the only thing that cheers her up is watching him get hurt. A play about other people's suffering and why it's hilarious.

FROM THE ARTIST:
Thud! is a dark comedy that follows a drug-addicted hospital clown who is hired to entertain a misanthropic teenager and finds the only thing that cheers her up is watching him get hurt. As they share pills and swap stories, they bond over banged heads and crushed fingers, but the more codependent their relationship gets, the more it begins to unravel. Scored by live Foley sound effects, Thud! asks why we enjoy watching violence, and when pain stops being funny.

BITCRUSHER is a digital theater collective. We make plays and put them on the internet. Founded in 2016 by Dan Rider (Hadestown, The Wolves at Clubbed Thumb) and Holly Kristina Goldstein (Houseworld, EVE at Judson Gym) and featured in TIME OUT NEW YORK, VILLAGE VOICE, and PRIDE.COM,

BITCRUSHER is an attempt to radically democratize the theater by removing the boundaries of price and location in order to bring our productions to anyone, anywhere and by consciously casting and recruiting artists of all backgrounds, races, genders, and abilities. This summer BITCRUSHER is premiering three projects: Thud! (NYCFringe, August 2016), You're Going to Hell if You Laugh (Dixon Place, September 2016), and Perfect Fifths, a new musical. All of the productions will be available for pay-what-you-want viewing on our website after the shows close. www.bitcrushertheater.com

Don't see it if (I thought it was just great)

See it if You want to see real character growth in a teenage character. No praise is too high for this show. Easily the best of FringeNYC 2016.

Don't see it if You don't want to leave your comfort zone.

Don't see it if you don't like slapstick comedy

Don't see it if you hate silly shows

See it if you want to see a great use of sound and some bomb acting. The three actors were strong and enticing. The script is worth it all!!!

Don't see it if you are afraid of clowns, no matter how adorable and sad

See it if You like classic comedy and fun sound effects

Don't see it if You like mainstream "feel good" Broadway or have no empathy!

See it if You want to be inspired by theatre again. This play is shocking and hilarious. It pushes the boundaries of what should be done on stage.

Don't see it if You're offended by obscene language. But you'd be missing out. The language is used masterfully and beneath it is a wealth of truth.

"Directed by Holly Kristina Goldstein, 'Thud' is a would-be slapstick comedy about laughing at pain — a favorite pastime of Morley, a nasty 15-year-old whose father sends a sad clown named Tad (Harrison Scott) to amuse her in her convalescence. Tad hurts himself; Morley laughs; both of them suffer. For the audience, though, the play’s humor and humanity largely fall flat."
Read more

"The slapstick physical humor of this show, which could easily risk being gimmicky and sometimes feels repetitive, is balanced by the provocative writing and the incredible talent of the actors…It's these performances coupled with the near constant barrage of quick-witted dialogue that really keep you on your toes...The very final moments are predictable, but the journey there is an enjoyable one…Overall, the problems of 'Thud!' are easily overlooked in light of the enjoyment it provides."
Read more

"'Thud!' is wonderfully funny and absurdly real. Rider has written a smart story...The reason it works so well is we have experienced both sides. We have felt pain and suffering....As good as 'Thud!' is, Rider brings a lot of repetition into the fold that could be removed to make it a single act play. As it stands now, the play could conceivably end when Act I does."
Read more