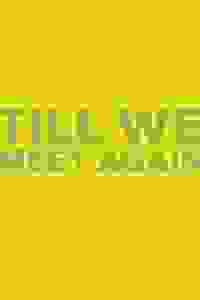 Till We Meet Again

This new drama explores the horrors of war through the story of a former WWII surgeon. More…

Having served as a surgeon in Guadalcanal during World War 2, Robert confronts the regrets of his youth with the help of his granddaughter.

See it if you are interested in elements that may make a good play with refinements, staging and sound. It is an interesting subject on after effects.

Don't see it if you cannot tolerate a loose, in-the-works production on a nearly bare stage. The one microphone used for the young actor was echoing.

See it if You need to see another play with a holocaust memory theme.

Don't see it if Skill with tech issues is something you expect from a play being done for the public. The sound equipment malfunctioned seriously.

See it if The child actress is special with presence and singing talent. The story had some potential but hard to get through.

Don't see it if The meandering plot, terrible sound problems with feedback unaddressed, plus the fake banjo playing and Scottish accent were off putting.

See it if You like family dramas that probe the darker side of human nature & post war America.

Don't see it if You're looking for modern, groundbreaking work.

See it if For the sweet grandfather-granddaughter interaction. For a look at post WWII lives and regrets. Interesting facts about women in the war.

Don't see it if U want slick sets or U don't like plays that skip back & forth in time. The year of the present is unclear. The end jumps the shark.

See it if you like historical docudrama with a side of murder mystery.

Don't see it if you are expecting a complete, well written, well acted drama.

Also I really really hate giving such low scores to off and off-off broadway shows. But this play just didn’t resonate with me. I couldn’t even give them an A for effort for this play needs a lot of work. I didn’t even feel for any of these characters and I don’t know if it’s poorly written or poorly acted or both. The only performance that I find believable and well acted was the grandmother. They put so much emphasis on the war and how it affected people (and the grandfather) but it ended up being a murder mystery with a climax that did not relate to the war at all. And at the end I left the theater thinking what the hell did I just watch.... Read more Read less

See it if YOu enjoy historical fiction, and can learn a bit from a drama. And enjoy unpredictable story lines. Great views of old NY

Don't see it if YOu don't enjoy dramas and have no interest in history.

Don't see it if You need a plot that moves

See it if You like stripped down theatre that focuses on the characters and story.

Don't see it if You don't like challenging dark independent theatre productions.

See it if You like a thoughtful story which takes many twists and turns!

Don't see it if You do not like plays or having to keep up with a story!

See it if stories women spies in WWII is interesting and informative.

Don't see it if you don't like a first act that is overly long and makes no sense.

See it if you enjoy a well written story with good acting, that starts out slow but captivates you, then catches you with an unexpected twist.

Don't see it if war stories trigger you, if you need an elaborate set, and if don't want to a family story.

See it if The young actress was very good in the role.

Don't see it if The story was confusing and not clear about the characters.

See it if you want to be thoroughly engaged as an audience member!

Don't see it if If you don't like plays about war or women.

See it if If you like simple mystery weaved with some interesting facts about war, woman and history.

Don't see it if You want to see an engaging, emotional or thought provoking history of the Guadalcanal.

See it if you have no knowlege of WW2 & aftermath or will overlook a preposterous plot to enjoy a few good performances.

Don't see it if you have any common sense and will have trouble ignoring a preposterous plot.

Also Spoiler alert....
I enjoyed the first act.However, the idea that 2 white US citizens were asked to get a Japanese-American spy out of a Hiroshima hospital the day the nuclear bomb was dropped, but escaped injury by crawling into a foxhole in Hiroshima(!) ; that despite the destruction of Hiroshima they were able to get out safely & that one of them would then travel to see the other many years later to tell him that he might have been exposed to something horrible while he was in Hiroshima on the day of the bombing because otherwise he would have never known are just some of the many plot holes. Yes, the hospital really was ground zero for the attack. (Does the author not know what happened to people within walking distance of the hospital that day? ) The idea that anyone would have been able to escape Hiroshima AFTER the bomb was dropped without difficulty and wouldn't have known what kind of bomb was dropped by 1950 or later defies common sense.
No historical films at my performance

See it if you'd like to see what appears to be an unedited plot lifted from a 1940s war movie with all kinds of disparate detours; has some moments

Don't see it if you would like to spend your time watching a coherent, finished piece of work and not sit there wondering how you would fix this one

Also There is a germ of an interesting idea under all the meandering subplots, but I still can't get over the feeling I have seen this before in an old movie. This play was like watching a first draft of something that could possibly be a worthy production, but is not now ready for public viewing. Needs a serious rewrite and an impartial editor to do some purging. This play was like watching someone make a salad with too many ingredients to be palatable. Perhaps the side trips to Japan & (maybe) Hawaii were relevant but what's with that banjo, and Australia (Australia?) and Scotland (?) Geez, please reevaluate Kevin's TERRIBLE "accent" and those distracting paste-on sideburns.... Read more Read less

See it if you like a story with an interesting mix of war with its horrors and love, family, honor, attempts to do the right thing.

Don't see it if you only like big productions with lots of props (this one has very minimal props) or don't like to be reminded of war.

Also 11-year old Mehret Marsh as granddaughter and David L Carson as Robert are great, and the other actors are pretty good, too. I loved the historical film projections. I thought the story was interestingly different and yet very relatable and was absorbed by it from beginning to end. They had a few mic problems but I believe we saw the first preview and I am sure they can sort it out.... Read more Read less

See it if You like good acting; you like melodrama (which here was meant to be symbolic) with a historical backdrop

Don't see it if You do not like fictionalized history, and this history was fictionalized into a preposterous story, you dislike melodrama

Also This show wanted to say some serious things about war and the role of women but the fictionalized history of the bombing of Hiroshima with the survival of Allied soldiers in a foxhole detracted from it. So did the family melodrama.

It was also disconcerting to have the grandmother as a caricature although she played an important part in the plot, while the rest of the actors were being naturalistic, at least most of the time

It takes a lot of skill to combine symbolism with naturalism and this play did not quite pull it off.

The child actress was amazing although at the end she too was saying symbolic things rather than acting like a child.

See it if Very slow- low energy but interesting plot-

Don't see it if you have no patience

36 reviews
Get Alerts Alerts On Alerts Off
During previews
75
Ambitious, Absorbing
January 12th, 2019

Don't see it if If you don’t like plays where there are obvious clues to the ending.

“The play’s concept is certainly one that makes for a compelling and thought-provoking drama...However...the play dragged on slowly, and by the end...I was left with no feeling or emotional investment for its characters....While the play was not without...flaws, it nonetheless is a drama that lea...
read more
Get Alerts Alerts On Alerts Off 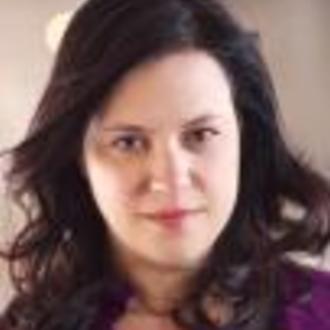 Glory Kadigan
Playwright
Get Alerts Alerts On Alerts Off 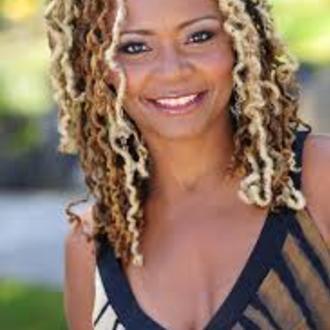 Tonya Pinkins
Director
Get Alerts Alerts On Alerts Off