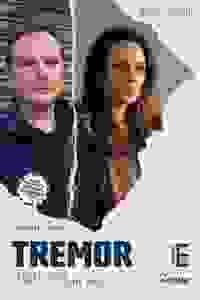 Part of 59E59's 2018 'Brits Off Broadway' series, this world premiere drama is about how we choose to see things and live in a world riven with tension, anxiety, and division. More…

Sophie and Tom's relationship fell apart in the aftermath of a catastrophe. Four years later, as they come face to face once again, the aftershocks of that fateful day can still be felt.

See it if you want a plain Jane play that does not delve deep enough into the characters. Unemotional show about unfortunate incident.

Don't see it if If you want a play that could have been more. If you like a play that leaves you wanting. It is both confusing at times and very slow at oth

See it if you find it exciting to experience several turns of plot per hour.

Don't see it if frequent turns of plot make you seasick.

Also “Tremor” has stretches of great power over its 60 minutes. 2 actors, man & women, ex-lovers it turns out, pace an almost bare circle laid out on the floor like a game space. But it’s hard to keep up when a play so totally shifts emotional gears every few minutes. First it’s a story of an old flame calling, unbidden, unwanted, on a now-married man. That shifts to recovery tale when we learn the couple split after a horrific road accident. Then it’s a story of the power of forgiveness when we learn about a dying bus driver. Then it’s a tale about institutionalized racism that railroaded the Muslim driver. Then, after the male actor movingly defends himself from charges of complicity in a racist verdict, he emerges, transfigured in manner & stature, as a frightening evangel for British nationalism. At some point for the audience whiplash sets in! I was exhilarated at the end: Because I had run so hard to keep up with the wildly evolving plot or because lots of the writing is thrilling?... Read more Read less

Don't see it if You are not into very basic black box theater. There is no set and it’s just two actors talking to each other for 60 minutes

Also If you read a lot of the reviews you will see that people are very confused by the ending. I think the playwright did this on purpose just to get people talking. I have my ideas of how I think the play ended but I don’t think it’s appropriate to share them on here because it will give away entire play to someone who has not seen it. The male actor was just OK the female actress was better. It was just a lot of talking with not enough pay off... Read more Read less

See it if You like 2 handers in which the subject matter is only revealed after a lot of dialogue. You are OK with no sets, it’s a bare stage.

Don't see it if You are looking for laughs. There is not a funny moment ! You don’t like plays that use heavily accented English. Lots of tense moments.

See it if you enjoy intense two-person drama with a slowly unraveling story which leaves you guessing about what actually happened until the end.

Don't see it if you only enjoy musicals, two-person drama with minimal staging (none) is not for you; you need a tidy plot line with no surprises.

See it if Estranged couple warily circling on a spare circular mat, wrestling with the aftermath of trauma, ultimately reacting in opposite directions

See it if you like well written, talky shows that make you think.Acting is very good.Back story is slowly revealed.Has important things to say.

Don't see it if you want a straightforward play.This show is thought provoking, well acted, well structured.It's a play that gets under your skin.Relevant.

See it if you might like a 60-minute play that builds to slowly reveal about the characters and the reasons for encounter. The ending makes you think.

Don't see it if you prefer exposition to be revealed right away (takes some brain work to process play), you don't like intimate in-the-round seating

See it if you're interested in witnessing the destroyed relationship of 2 survivors of a horrific bus crash, both coping differently with their PTSD

Don't see it if you cannot listen to even a vague recount of a (possible) drunk driving accident examining racial prejudice, detachment & guilt

Also I'll grant that the ultimate 'resolution' of this short play is relevant to today's problems, but it took sooooooo long to get there; the crux of the matter was just dropped on us & left me hanging... Read more Read less

See it if you enjoy great acting using a minimal set, and are OK with the whole show being 2 people face to face in a deep discussion

Don't see it if you expect an elaborate set, lots of movement and action. don't enjoy dark drama, don't enjoy politics being introduced

See it if You are interested in what two actors on a bare stage can create. Just two people reliving a past tragedy trying to make sense of it.

Don't see it if Almost seemed like an actor's studio exercise.

Also .Seemed as though the author had a list of points to be made and you could feel him going check, check, check as the play took shape. Then at the end he sprang what I think was a populist/nationalist surprise on us.
The actors were trying to create full-bodied characters with the material art hand, but in the end it seemed a bit lop-sided and I felt a bit blind-sided.
... Read more Read less

See it if for a one act, 2 person bare-staged play that is thought provoking, interesting and not immediately predictable.

Don't see it if don't like to listen to long dialogue. For a tight easily resolved play or If you don't like to leave theater thinking about what just saw.

See it if you find dialogue without action interesting. You get inside the heads of two different people who react & deal with a life-changing trauma.

Don't see it if you don't have the patience to listen to long dialogues with lots of tension and anxiety. Don't like shows that are spare with raw emotions.

Helpful?
View in admin Edit
D
David 57
Ossining
65+ | Male
132 reviews
Get Alerts Alerts On Alerts Off
96
This is great theater: terrific acting and directing, and dealing with a theme of contemporary urgency. not to be missed.
May 27th, 2018

See it if you appreciate the insidious building of intensity through pitch-perfect colloquial dialogue impeccably acted.

Don't see it if A Welsh accent is a problem for you or you require spectacle to be engaged. The set is minimal, which adds to its brilliance.

See it if Two people play with intense acting

See it if you like timely and realistic shows that look at the world around us and hard decisions that people make.

Don't see it if you want something that serves as an escape from the current political climate.

47 reviews
Get Alerts Alerts On Alerts Off
90
Absorbing, Intense, Relevant, Thought-provoking
May 24th, 2018

Don't see it if If you'd rather see a musical.

See it if You like an element of suspense but don't mind being disappointed when your questions aren't answered.

Don't see it if you want coherent, well-expressed ideas. Tremors mostly held my attention (the actors), but gave no enlightenment. Left shaking my head.

See it if You like single conversation shows. It’s about survivor guilt basically, but the divergent ending feels misguided. 60 min felt like 80.

Don't see it if You don’t like single conversations shows or stories about dealing with guilt and pain.

See it if You want an intense play that keeps all its secrets until the end. You enjoy discussions of big issues w/some moral ambiguity.

Don't see it if You don't want to work out the relationships & plot on your own. You prefer light comedies. You don't like moral murkiness.

See it if Want a psychological drama, (almost thriller) as former couple explore their differing views on a past tragedy. Are ok w LOTS of plot twists

Don't see it if You want more than 2 actors circling each other on bare stage as you sit inches away. The ending is surprising and perhaps too much so.

Also This one is going to divide the audience between those who thought it talky, slow, and feeling long with those who found every moment interesting, absorbing and well-acted.

I’m in the latter camp, but I did think it was overwritten—did one character really need to ALSO have a bad heart?—and the ending is a sharp turn from the entire discussion that preceded it.

See it if You appreciate almost interesting two handler.

Don't see it if You want a good story clearly told.

See it if If you are looking for a rather circuitous two hander that slowly reveals itself to be about xenophobia and anti-islamic sentiment.

Don't see it if You want to see a cogent examination of anti-islamic sentiment. 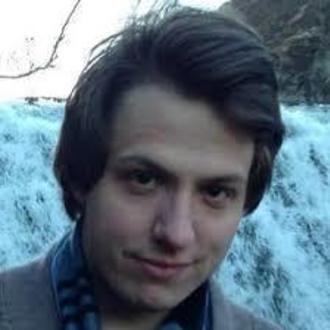 Brad Birch
Playwright
Get Alerts Alerts On Alerts Off 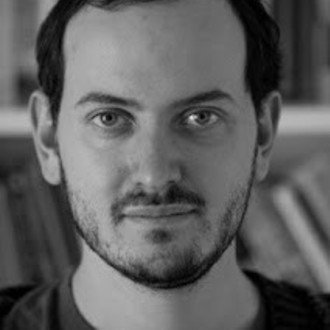 David Mercatali
Director
Get Alerts Alerts On Alerts Off 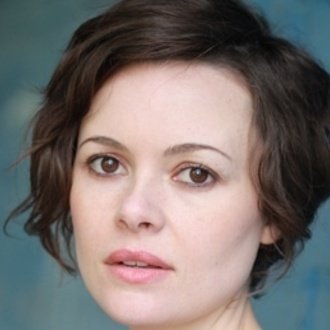 Lisa Diveney
Cast
Get Alerts Alerts On Alerts Off 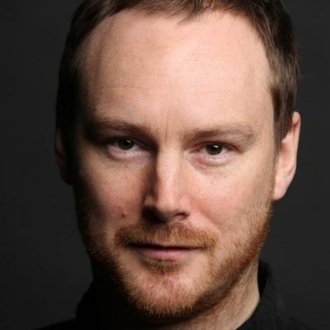 Paul Rattray
Cast
Get Alerts Alerts On Alerts Off 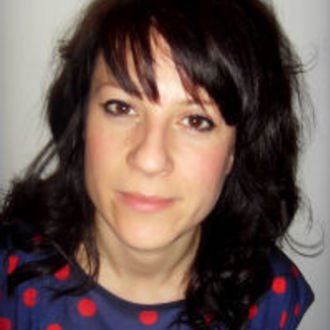 Hayley Grindle
Set Designer
Get Alerts Alerts On Alerts Off 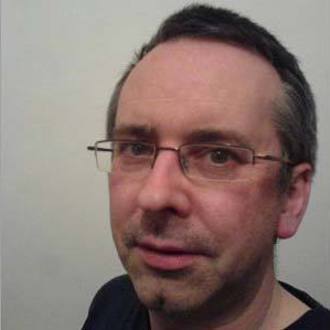 Ace McCarron
Lighting Designer
Get Alerts Alerts On Alerts Off 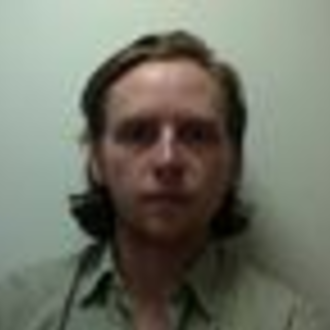 Sam Jones
Sound Designer
Get Alerts Alerts On Alerts Off