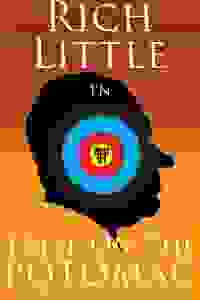 View in admin
Trial on The Potomac
NYC: Midtown W
78
Score it Scored!

Trial on The Potomac NYC Reviews and Tickets

What if Richard Nixon never voluntarily resigned? What if he fought back?

In this dramatic reimagining of one of America's greatest political scandals, Watergate, Rich Little—the master mimic—steps into the shoes of the 37th U.S. President, Richard Nixon. Trial on the Potomac tells a tale of secret meetings, secret memos, and secret collusion that will shock audiences across the nation!

See it if You want to see the great Rich Little as Richard Nixon in an intriguing play that considers what if Nixon had not resigned.

Don't see it if You don’t care about politics, are too old to have lived through the Watergate era or if you’re too young to appreciate who Rich Little is. Read more

See it if you want to see a possible outcome from the Nixon dilemma played by one of his best impersonators supported by a good cast.

Don't see it if you do not enjoy choppy scenes that seem to slow the pace or you have had enough of or do not enjoy politics.

See it if you are right-leaning in your political beliefs, or a fan of Rich Little

"Trial on the Potomac represents a missed opportunity to create an alternate reality without an agenda––to have fun exploring the “what if?” rather than try to suddenly exploit outdated and irrelevant outrage. Nor does the ending of the play answer the question."
Read more