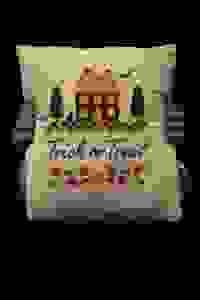 A distraught husband, a nosy neighbor, and a dark secret set the wheels in motion for a night of confrontation, mystery, and relentless suspense.

See it if you like a serious subject treated with humor while enjoying some plot twists by a good cast on a good set with light and sound plusses.

Don't see it if you expect a light story with a definite end. This is a roller coaster of family + one who make the situation ridiculous in some ways.

See it if you enjoy family drama where the past informs the present. Some great moments and marvelous performances.

Don't see it if Don't see it if you have if issues with representations of dementia. The deep secrets are fairly predictable and are slow to be revealed.

See it if you like twists and you won't be bothered by a super uneven experience (from the tone to the performances to the direction).

Don't see it if you don't want to see what happens when someone has a fun idea for a play but the script and the production don't rise to that idea.

See it if Very naturalistic acting. They seemed more like a real family than almost any family I've seen depicted on stage. Very nice set.

Don't see it if you don't like family dramas. Dark subject matter. Serious. Engrossing. Described as "dark comedy" but not particularly funny

Also Nice theater. I think any seat in the house would be a good one because it is a fairly small theater and there is tiered seating.... Read more Read less

See it if you enjoy a well written play with excellent acting and lots of twists in plot. I really enjoyed watching the drama develop.

Don't see it if you don't like talk of Alzheimer's since it is skillfully used as part of the plot. This could disturb some who don't like humor used.

See it if No idea why anyone would want to see this play.

Don't see it if Don't see unless you want to see the real play that went wrong.

Also Watching this play is painful. The topics are all over the place regardless of trying to tie everything together at the end. Unlikable, uninvolving, annoying characters, poorly written book and the humor falls very flat. The mother and sister are the only reasons I didn't give this play a lower score.... Read more Read less

Also Gordon clapp gives one of the best performances I have ever seen on a stage. He is so true to life. The way he walks, the way he talks and the way he reacts. We all either have a guy like him in our family or we know someone like him. The entire cast is incredible. I love when a playwright tackles a subject that a lot of people would be afraid to tackle. If you’re really into dark family dramas this is the play for you.... Read more Read less

See it if Dysfunctional family mishandles a bad situation in a tragic dark comedy.

Don't see it if You can’t laugh at funny plot lines at the expense of a character with Alzheimer’s.

See it if you like stories about families, relationships, friendships. This is a well acted show. Set is amazing. Very interesting story

Don't see it if you want a brassy musical.59E59 is one of my favorite theatres. They do a great job of curating their shows.It is rare that a show is a bomb

See it if you like situational comedies with some serious thinking points thrown in. A lot of calamity and farce, but also deals with Alzheimer's.

Don't see it if you're hoping for something consistently funny or insightful. Cliche and disappointing at times. Acting mostly good, sometimes over-the-top.

See it if Family history & issues are spun as different members unwillingly share information. Sort of refreshing/sort of diabolical.

Don't see it if If you're not comfortable with lots of high volume anger, this is not for you.

See it if you want to see a dysfunctional family deal with a sad but weird situation. Had funny moments mixed in with the tragic.

Don't see it if you want all the pieces to come together at the end. There were some plot points that were mentioned by never fully explained.

See it if you want to see a show taking the American version of "honor" killings seriously.

Don't see it if you think that people with absurd beliefs should be portrayed in dark comedy rather than serious drama.

Also The author's Claire is much like Shakespeare's Cordelia. A woman who sacrifices her loving family for the one that will destroy her. The director plays the dark comedy in the first act, but is seems unable to wrap her mind around the comic aspects of destroying a family through murder and lies in order to "save" the family.

Absurd behavior needs to be mocked, not played for the shock value. The show never attacks the motives of its protagonists.

See it if You can suspend disbelief a bit to see a dysfunctional family at work. They’ll do anything to keep the family together. Everyone has secrets

Don't see it if You didn’t like the show Rosanne. The set and play both reminded me of it. Annoying Boston “accents”.

Also If you take a step back from what’s literally happening, you can see the themes the playwright is portraying, but the noise of the action makes it difficult to find.... Read more Read less

See it if you wanted to spend some time seeing actor Gordon Clapp act. Yes, I have missed not seeing on the canceled TV show NYPD Blue.

Don't see it if you were expecting a polished production with a serious subject matter.

Also I truly feel like I had been majorly TRICKED by the production of Trick or Treat. While this was meant to be a darl comedy, I didn't laugh once. What I did find myself doing was grimicing throughout the entire length of the play. Despite the fact that I really like actor Gordon Clapp, I was surprised to discover that the other actors were PAINFULLY miscast for the roles that they played. In fact, I didn't believe them as siblings or a family unit not even for one minute. BADLY ACTED and NOT FUNNY!!! SKIP this show by all means!!!!... Read more Read less

See it if You like dark comedy. You don't mind seeing a show about Halloween in January.

Don't see it if You are uncomfortable laughing about serious topics including Alzheimer's disease.

See it if you're able to laugh at the darkness of illness, violence, and family dynamics.

Don't see it if you don't like plays about Alzheimer's.

See it if You like intense family dramas and are not bothered by onstage depictions of violence. Good acting, disturbing show.

Don't see it if I struggled to find any humor in the topic, or in the brutal characters who seemed to feel violence was the best solution to most problems.

Also I was also troubled by the ending, which seemed to encourage (nonverbally) the solution originally chosen by the main character.... Read more Read less

See it if You want to see a drama (this is not a comedy, whatever the advertising says!) about Faustian bargains people make to protect their families

Don't see it if You will be pissed off by an inconclusive ending - nothing is resolved, the whole thing just peters out.

See it if you enjoy plays involving dysfunctional families; good acting alone is enough for you; a great-looking set is more important than the play

Don't see it if you want a play with good, tight writing; you like happy plays; you expect surprises in the play

See it if you enjoy dark humor, family drama, a slowly developing plot, a quirky twist in the story

Don't see it if don't enjoy a show about family drama, Alzheimer's and violence, one that takes too long to divulge details

Also Well-acted, except I thought the character with Alzheimer's was a bit unrealistic.... Read more Read less

See it if You're looking for a clever idea that could have made for a very successful black comedy or drama.

Don't see it if You're disappointed by poor writing, pacing and muddled acting that can't decide whether the tone is serious drama or dark humor.

See it if Like a good farce stuffed alongside dark comedy. Tonally, not a bad mix. Move over, PB & J. Cozy theater to occasionally visit.

Don't see it if Must suspend disbelief. A lot of holes to be justified. Overstuffed with plot and soap opera ready!

Also It's laugh out loud funny in Act I and holds interest. Gordon Clapp does excellent work as the patriarch. Act I curtain reveal is a doozy! Jenni Putney is a drab, equine faced woman who makes the first twenty minutes a real drag to sit through. Her brother and his ex were well cast. Mom was perfect as a disabled helpless woman. Dialogue got predictable in Act II. Not a bad evening, but not great.... Read more Read less

See it if you want strong performances with well written dialogue and a dark but funny first act with very dark family melodrama in the 2nd act.

Don't see it if you mind an intense shift in tone in the late in the play that makes it difficult to know how to react. A 2nd act diminished by the first.

Also I almost wonder if this was either two seperate play ideas merged into one or if the author started with the second act couldnt' quiet fill out the play and then thought (hopefully with friends and a few drinks) wouldn't it be funny if.... I think both the first and the second act would work independently as the dialogue is well done and the performances are strong both in drama and in comedy, but together it clashes. The first part, particularly the first act is zany, clever, situation based, very much a dark comedy like an Alex Guinness comedy. The second act initally seems similar but is less funny, then suddenly a consistenly funny character is being pinned down and strangled by an intensly yelling man and I wasn't in the mode for that at that time. The play gets very dark and not funny and given how it started I was not ready for the shift and it didn't land and actually frustrated me. An ambitious and interesting failure.... Read more Read less

See it if You like cliche charavters going for easy laughs.

Don't see it if You usually expect so much more from 59e59th. 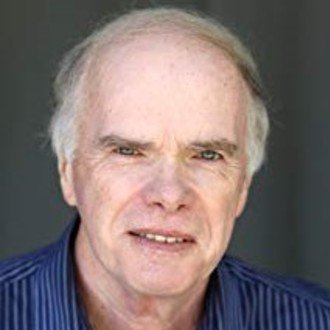 Jack Neary
Playwright
Get Alerts Alerts On Alerts Off 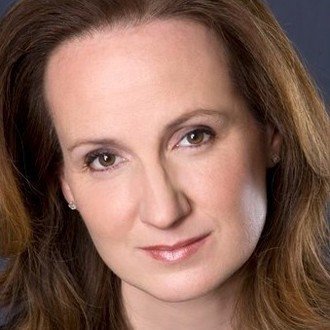 Carol Dunne
Director
Get Alerts Alerts On Alerts Off 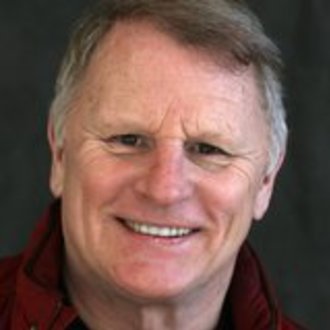 Gordon Clapp
Cast
Get Alerts Alerts On Alerts Off 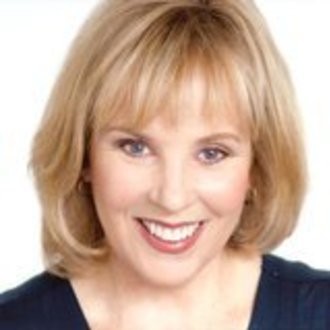 Kathy Manfre
Cast
Get Alerts Alerts On Alerts Off 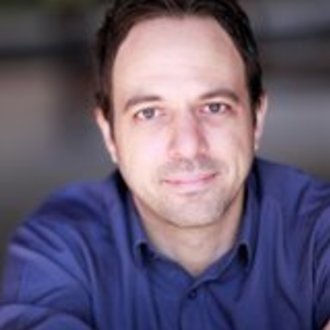 David Mason
Cast
Get Alerts Alerts On Alerts Off 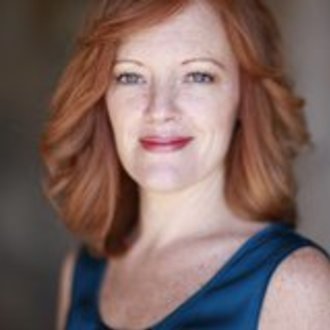 Kathy McCafferty
Cast
Get Alerts Alerts On Alerts Off