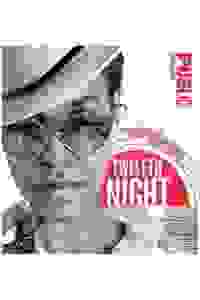 The Public Theater's Mobile Unit presents a stripped-down take on Shakespeare's gender-bending, heart-mending comedy in a new production reset in Florida in the mid-90s.

When a young shipwrecked immigrant named Viola takes a chance on the “wet foot, dry foot” policy of the mid-'90s and washes up on the shore of glitzy Illyria, Florida, she becomes a stranger in a fabulously strange new land. Thinking her twin brother has drowned, Viola throws herself into a new gig as assistant to Orsino, a wealthy Floridian with a serious case of love sickness for a wealthy lady, Olivia. Having disguised herself as a boy to become Orsino’s right-hand man, Viola (now Cesario) is tasked with delivering his adoring valentines. But as Viola woos in her boss’s name, she falls head over spiky heels for the man himself, while Olivia turns her affections to the intriguing young messenger boy, Cesario (aka Viola). Set to the rhythms of house, Cuban, and '90s beats, this colorful comedy shows how the power of new people and new experiences can throw the world into beautiful disarray, and open hearts and minds to the possibility of love.

See it if You enjoy Shakespeare done MASTERFULLY. A brilliant take on the story, with characters so funny and alive it was impossible not to go again.

Don't see it if You don't like your Shakespeare re-imagined for modern times. Or Shakespeare at all. Or wonderful actors portraying super fun characters.

See it if you'd roll w/a freewheeling Cliff's Notes version of Twelfth Night. The actors shine though this version's pared down in the wrong places.

Don't see it if you're a staunch Shakespeare traditionalist.

See it if you know your Shakespeare, because this production twists and turns it on it's ear (but you'll laugh so hard, you won't care)

Don't see it if you're a Willie S. purist and don't care for the liberties a Public Theater show takes with his words Read more

See it if A talented cast perform Shakespeare with a Latin flair & music to go with it, a hilarious romp and a fun show. Shakespeare for the masses.

Don't see it if If you are a Shakespeare snob and don't want it changed or need it verbatim...this is not the show for you then.

See it if you'd enjoy a compact modern twist on a classic Shakespearean play with Latin influence including music & some dialogues spoken in Spanish.

See it if Don't bother! Amateurish and childish! A total waste of time!

Don't see it if Just don't see it. You must have better things to do!

See it if enjoy a different take on Shakespeare. support up and coming talent.,

Don't see it if you are a person who only enjoys classic Shakespeare.

See it if You are in the mood for a fast paced, irreverent and cleverly staged version of this Shakespeare's play. It is a lot of fun

Don't see it if You like your Shakespeare the old fashioned way. The whole text has been " revisited " and now has a strong Latin/Caribbean vibe.

“This frantic staging does offer some amusements…But it also suffers the fate of many an outreach show produced by institutional theaters including the Public: It’s not as good as the usual fare…It’s a convoluted and ridiculous plot that demands clarity in performance but mostly doesn’t get it from this erratic production, whose pared-down script adds to the confusion…The lively Latin and house music is entertaining…But there is an overwhelming forced merriment in the pursuit of laughs.”
Read more

“A funny and colorful freestyle riff on Shakespeare's romantic comedy…With the complicated plot compressed to an hour and a half, there's little time for subtext, but the company is obviously having a blast playing the comedy's broad strokes in a festive atmosphere of frozen drinks and poolside fun. It's a terrific intro to Shakespeare for kids and other first-timers.”
Read more

“A fast, funny production that is designed to let Shakespeare speak to modern audiences…The approach works because it is solidly grounded in the text, and because the words are so well spoken….A couple of staging bits go a little far over the top for my taste, but never mind: This festive production is both an engaging introduction to Shakespeare for the inexperienced and a thoroughly enjoyable updating of an old favorite for the initiated."
Read more

"Unrelieved, and unrelievable, madcap abandon, with each new scene and complication colliding with the one before it as though it's trying to outswim a shark. This robs the play of a lot of its elevated poetic nuance, and makes the fun almost entirely visceral...It works for what it is: an ultra-quick and dirty distillation...The play can be more textured than this incarnation, but...when you're basking in the beaming rays it delivers, chances are you won't find that much to complain about."
Read more

"Not only one of the best versions of this beloved play, but any of the Bard’s other works you’ll have to opportunity to see in your lifetime. It isn’t merely that this Caribbean-themed, laugh-a-second show is stylistically fun, but also because it perfectly captures the story’s complexities, nuances and gorgeous language, making the contemporary setting fit naturally with its 17th-century dialog...This production is astonishing in that it features one praise-worthy performance after another."
Read more

“Although this production goes way over-the-top at times with its comic energy, the acting troupe really connects with the audience…What does come across is Shakespeare's vivid language…A few principals carry the play through to its moving denouement...The rest of the cast either overplay their comic roles or overdo their characters' quirkiness...Happily, 'Twelfth Night' is pretty much an unsinkable play. This production, though flawed, deserves a bravo."
Read more

"A devil-may-care production, hysterically funny, rapid-fire acting at a neck-breaking pace…One of Shakespeare’s best comedies...You’ll be delighted with gorgeous Cuban music and dance, costumes and chunks of iambic pentameter spoken in Spanish. ‘Twelfth Night’ has never been so sexy and raunchy and funny. Olivia played by Ceci Fernandez is Carol Burnett slapstick and Carole Lombard screwball charm all in one."
Read more

"A fantastic and high-energy production...The impeccable cast members rove throughout the space...The audience surrounds the 'stage' facing each other and house lights are never turned off, so there is a sense of community and shared experience. And what an experience it is. Boisterous, bawdy, uproarious and colorful, the Mobile Unit’s 'Twelfth Night' is Shakespeare at its most youthful...This production provides pure escapism for 90 minutes of sexy, 17th-century century fun."
Read more