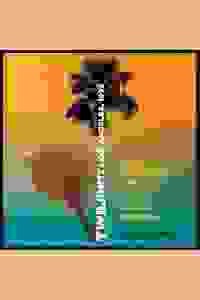 The historical Rodney King verdict is explored from multiple viewpoints in a series of monologues.

For the first time, Anna Deavere Smith's award-winning documentary play is performed by an ensemble cast of actors. Using a series of real interviews conducted with over 350 Los Angelinos, the Rodney King verdict and resulting riots are retold through a series of monologues. Declared a “rich, panoramic canvas of a national trauma” by The New York Times, Smith’s transformative study of the 1992 Los Angeles Riots is equal parts meticulously researched reportage and stirring cry for reform.

See it if Very well acted, constructed and directed. Entertaining and relevant. Absorbing.

Don't see it if Not all the characters are still necessary today. Would have had more punch as a 1hr45min no intermission show.

See it if You want to see a serious play about race and injustice. Extremely well done and performed.

Don't see it if You dislike docu-style theater or want to see something lighter in tone.

See it if You want to understand a little bit more about how we got to where we find ourselves now with BLM and why it feels like things never change.

Don't see it if If you don’t want to expand your understanding of race relations in this country. Read more

See it if A decent story about the LA riots. Good acting and entertaining.

Don't see it if Was out there for the riots doesn't exactly capture its history.

See it if You want a thoughtful examination of the LA riots in 1992 from multiple points of view. Well acted.

Don't see it if You don’t like non-fiction works.

See it if Verbatim segments taken from interviews at the 1992 LA riots. Remarkably relevant.

Don't see it if You don't enjoy non-fiction history plays.

See it if you want an extraordinary experience of living history, a layered multi-view of the causes, results & continuing influences of the LA riots.

Don't see it if you are not willing to draw your own conclusions. The details of events, participant & observer commentary are left to resolve in your mind

More than any play I have seen in a very long time, Twilight: Los Angeles, 1992 lays bare America as an interlocking network of authentic grievances, festering resentments, and cultural misunderstandings -- all packed into a social system where inequality is too often the norm. There's real drama in these clashing viewpoints; each person holds a piece of truth, but the bigger picture can only be revealed if all are shared.
Read more

"FIVE STARS!... Perhaps Smith’s most remarkable achievement is her refusal to editorialize. She simply presents the facts and opinions as told by others. Her panoramic coverage is set forth so that audience members may make of it what they will."
Read more

An intense, disturbing, and impeccably produced production. Deavere Smith has now surrendered her one-person show to the very capable hands of these fine actors (Tiffany Rachelle Stewart, Karl Kenzler, Elena Hurst, Francis Jue and Wesley T. Jones) and their director Taibi Magar as well as the extensive production crew. This was an unusual choice, and it has paid off.
Read more

"There are at least three startling moments in Signature Theater’s revised production of this 29-year-old play that each in a different way bolsters my conviction that Anna Deavere Smith is one of America’s greatest living theater artists, and “Twilight 1992: Los Angeles 1992” one of her signature achievements."
Read more